Patrick Cunningham is the founder, producer and host of Clockwork Comedy's monthly shows at Grant's Lounge and other venues around Macon. 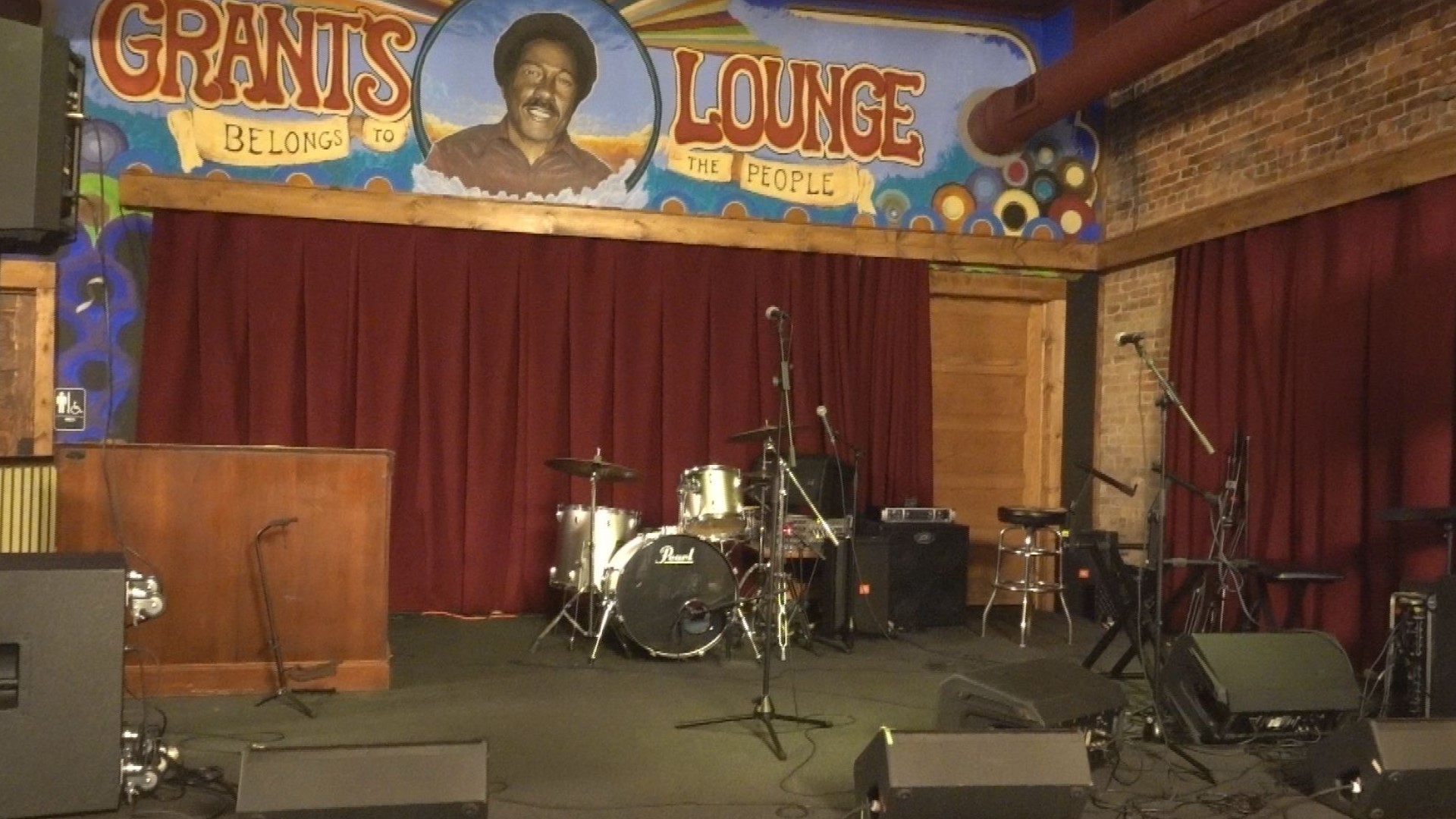 MACON, Ga. — Clockwork Comedy is bringing the love of laughter back to Central Georgia.

Founder, producer, and host Patrick Cunningham started Clockwork Comedy about seven years ago in Birmingham, Alabama, before he made his way to Macon.

Cunningham began doing local shows in 2020 until COVID-19 pandemic put things to a halt, but they soon started back up with shows at The Society Garden and StartUP Studios.

“I noticed that there was kind of a vacuum when it comes to comedy here in Macon. There’s comedy here; but it’s inconsistent, unorganized and I’m not knocking it, but the quality of shows went up and down,” he said.

To change the problems he was seeing, Cunningham spent time bringing in comics from all over the U.S. to perform in Macon at different venues.

Many of the comics he’s bringing to Central Georgia are not only influencers in his comedic work, but also friends he’s made over time.

Cunningham says people often often people think that they need to go to other cities to see quality comedy, but he wants to show Maconites that they can have great laughs right here at home.

“Almost as if they feel like they’re not deserving of great comedy or that anything that comes out of Macon isn’t going to be at that same level... I’m trying to change that narrative because this city is wonderful, and I see all the good things that people here are doing, and frankly, this city deserves good comedy so I'm trying to make that happen,” he said.

Cunningham has been working with several local comics such as AP the Diva, Tall Trey, Rum Dean, Caroline Exum and more.

You can catch a Clockwork Comedy show at several local venues, but Cunningham described Grant’s Lounge as their mothership show. They are planning on having a comedy show there every month.

“Honestly it couldn’t be a better venue. Grant’s is historic and wonderful, it’s the perfect vibe for comedy,” said Cunningham.

Clockwork Comedy will be hosting a show with headliners from Memphis -- Mo Alexander and Esteban -- as well as Warner Robins comic, AP the Diva, on Nov. 11 at 8 p.m.

Alexander has been doing comedy for over 20 years and says he’s excited to perform in Macon. He says that guests should expect “a lot of stupidity” when they come to his shows.

“So, I haven’t been in Macon in a while and I miss Macon because those people are a special brand of ridiculous,” said Alexander.

Cunningham says that he hopes to see more people at shows, and he plans to make Clockwork Comedy shows bigger and better with time.

“I feel like this is a town with a lot of history, a lot of soul, and I feel like it’s a perfect place for comedy,” he said.

You can get tickets to the Clockwork Comedy’s monthly show on at historicgrants.com.

To keep up with Clockwork Comedy, you can check out their Facebook Page.