Fruit and frost don't mix well, so the people at Dickey Farms are prepping for what might be a cold night 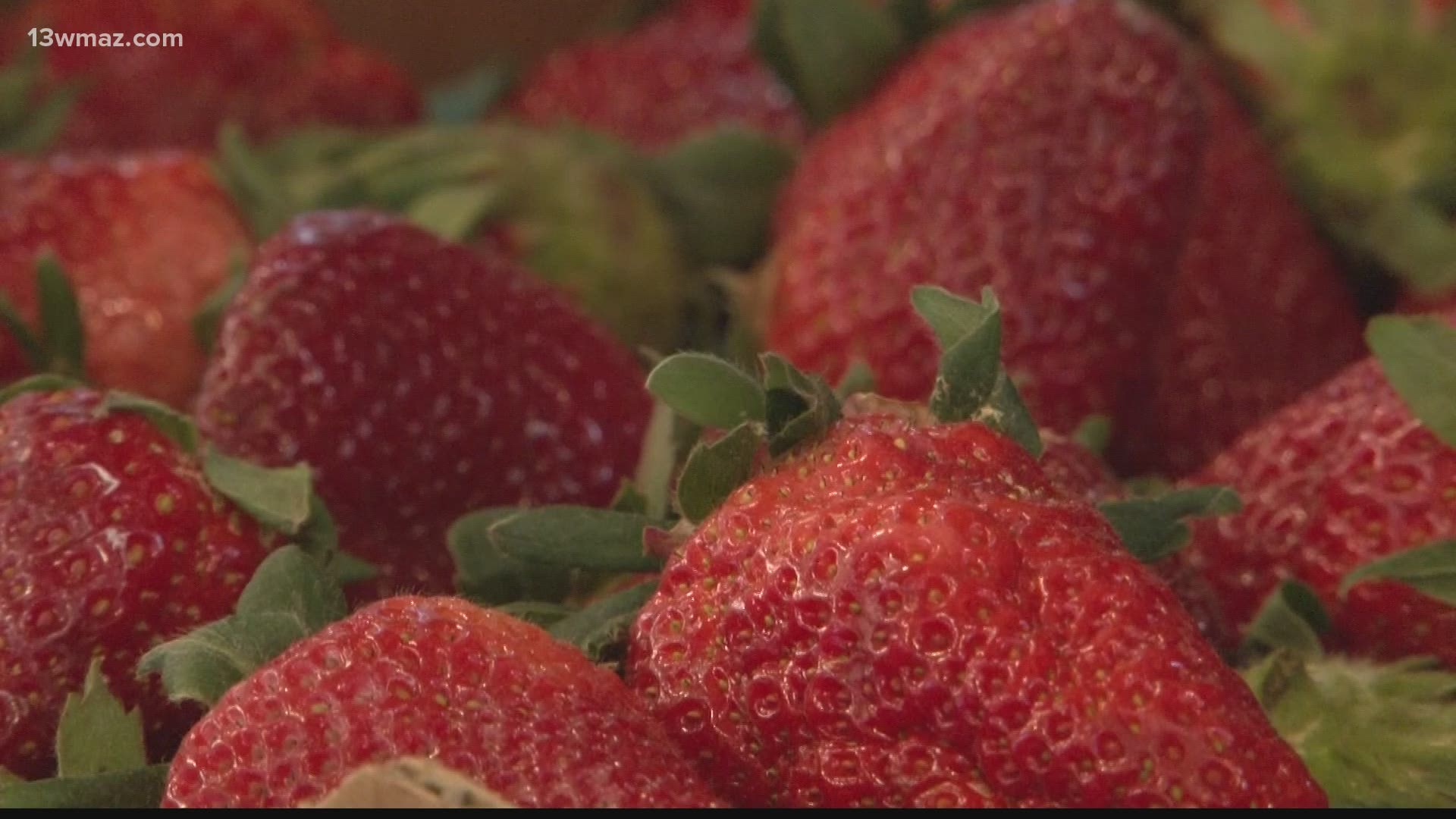 MUSELLA, Ga. — Spring is one of the most fragile times for blueberries, strawberries and peaches. Frost is the enemy, and as Lee Dickey will tell you, anything under 32 degrees is cause for concern.

"I'll probably lose a little sleep. I'll be up early seeing how the frost is looking," said Dickey.

He's a fifth generation peach farmer and he's got over 1,000 trees to oversee. Wind doesn't bother anything too much, but flirting with freezing... well that's a different story.

"When you're looking at freezing temperatures; you're looking at duration, how long it's called for, and right now I don't think they're calling for it to keep down for a long period of time. I'm hoping the peaches will be safe," he said.

Peaches are what Dickey Farms is known for, but strawberry season is also a treat. Dickey's crews began picking the fruit this week and they are for sale in the market.

Trotting around in the field is a big draw for people.

"People love coming out and picking, it's a big part of our spring season," said Dickey.

He has 5,000 plants, and old man winter blowing in April can cause a lot of damage to a berry's bright red skin.

Unlike the peach crop, there is a way to protect the berries.

"We've got protective blankets, what they call frost blankets. It gives you three of four degree temperature protection, and it helps with frost as well," he said.

Dickey says he knows that the weather isn't in his control, and if the freeze gets some of the peaches, there are plenty that haven't formed fruit yet.

Still, he'd like a forecast that doesn't include temperatures in the 30s.

"We're just hoping for no frost or very little frost," he said.

He says they've already had a lot of calls from folks wanting to pick these strawberries. He feels confident they'll be able to pull the blankets off and possibly open up this weekend.

Stay up-to-date with their hours and availability on their Facebook page here.

Is Georgia in a Dogwood winter or Redbud winter? Plus, how to protect blooms from the freeze

Brood X cicadas set to emerge in Georgia this summer