Comparing the 2005 and 2020 Atlantic Hurricane Seasons

Both seasons set records for the number of named storms, but 2005 still has 2020 beat in some aspects 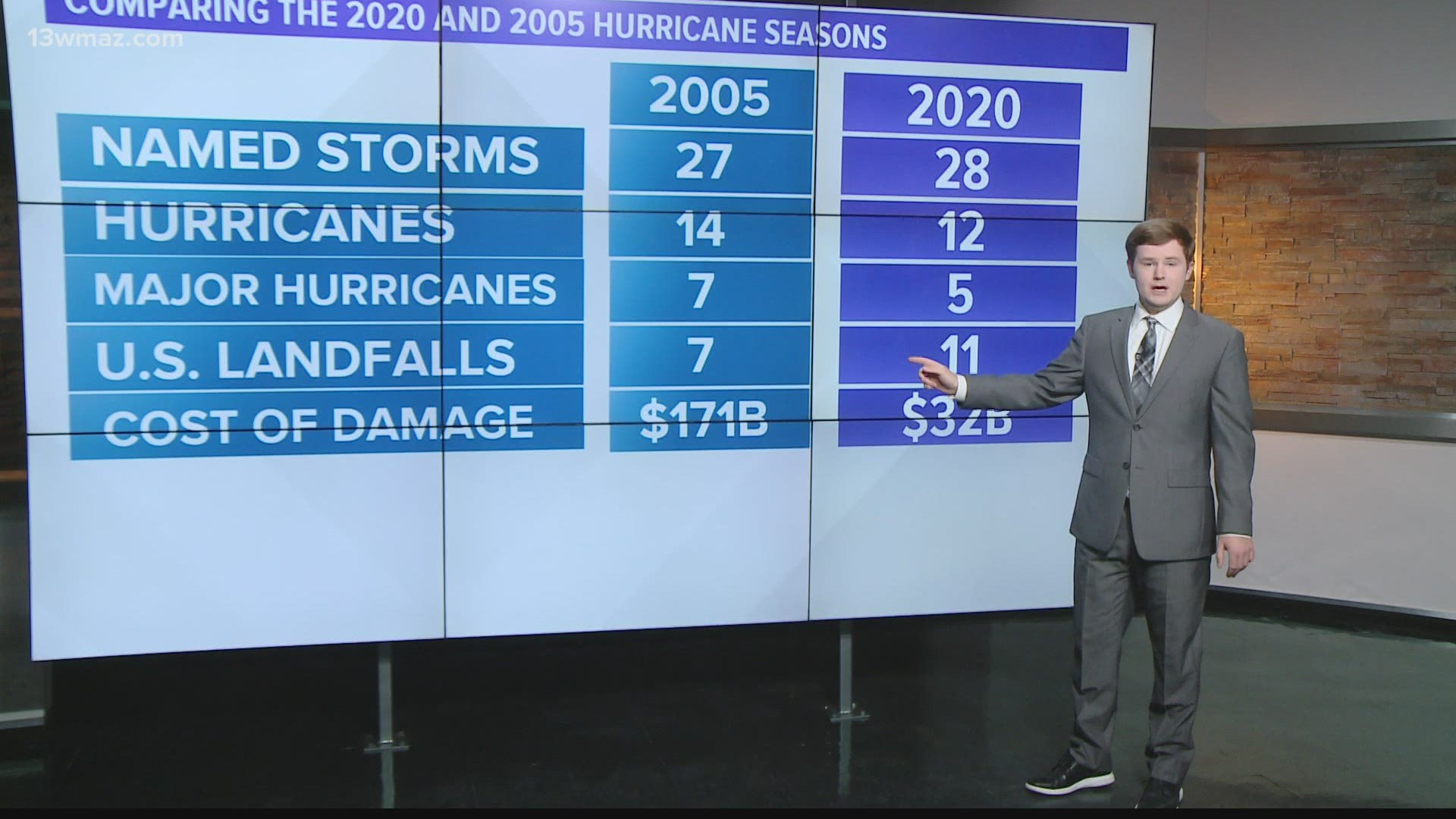 2005 was a catastrophic hurricane season for the Gulf Coast. Major Hurricanes including Katrina, Rita, and Wilma helped make 2005 the second costliest hurricane season on record. 2005 finished with 27 named storms, a record that stood until this year. With 2020 breaking the named storm record, much attention has been given to this season. However, the 2005 Hurricane Season still trumps 2020 in some categories that will likely not be beat.

Where 2020 does beat 2005 is in the number of U.S. landfalls. So far, there have been 11 with an opportunity for a 12th depending on what happens with Eta. The United States only saw seven in 2005.

The difference, for the most part U.S. landfalls this year have occurred in less populated areas, and many landfalling storms haven't been all that strong at landfall. 2005 saw fewer landfalls but storms we're stronger at landfall and impacted more populated areas when they made landfall. The result, 2005 saw greater than 171 billion dollars’ worth of damage, while 2020's damage cost currently stands at over 32 billion.