It was a packed agenda, but the meeting began with Post 1 Councilman Derek Mack being sworn in after he was elected on March 16th 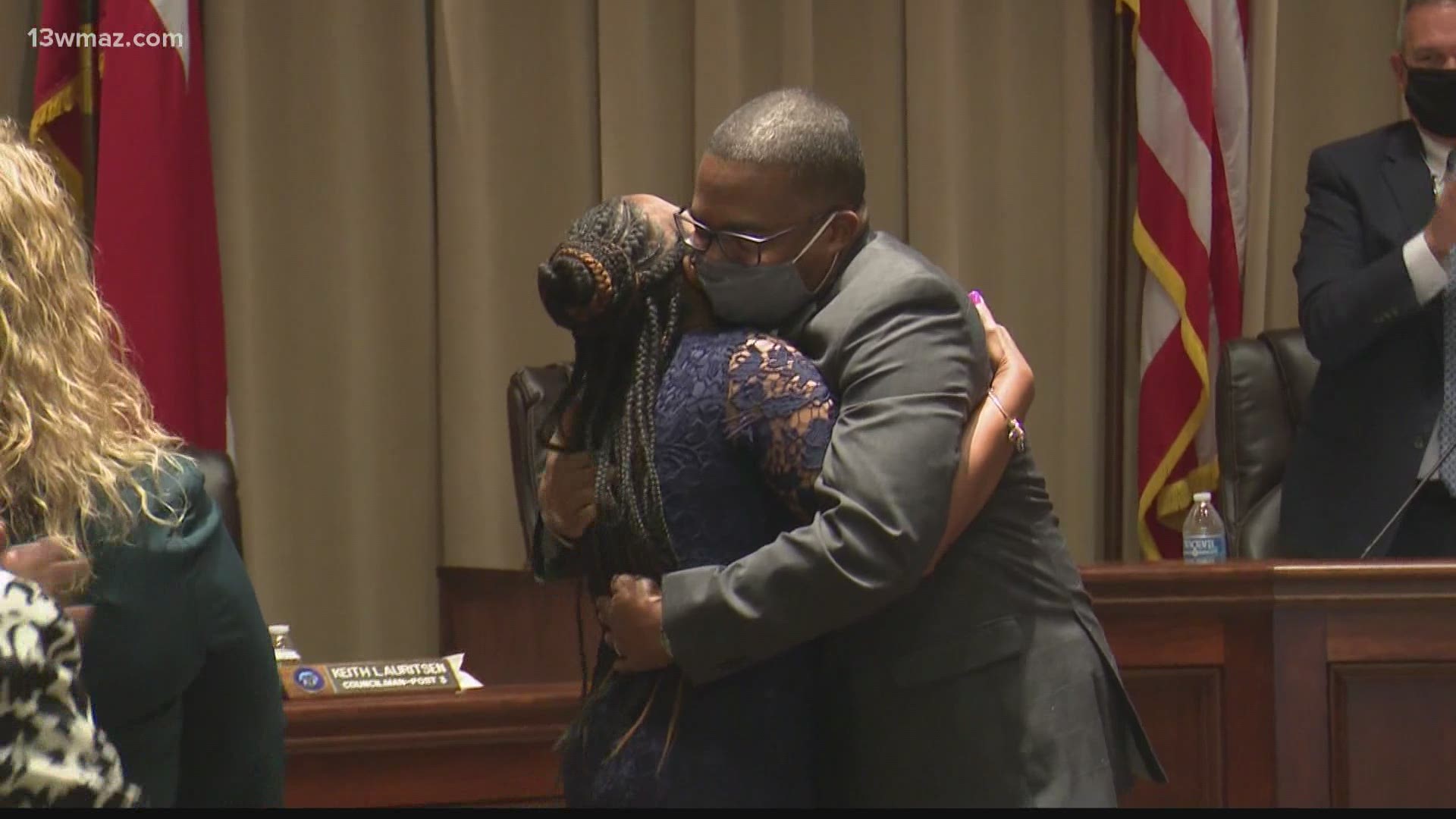 Mack was elected on March 16th, and on Monday, he filled the chair left vacant by Daron Lee last October.

"I wasn't really nervous, but I was just looking forward to get it behind us so we can get our feet wet and jump in and get some work done," he said after his first meeting. "It's a burden of responsibility that I take seriously and there are some very serious questions at hand and agendas that we have at hand that we have to maneuver through and work together on."

He says his relationships with Councilmen Charlie Bibb and Clifford Holmes go way back.

"It feels good to serve with people that you know and reestablish the relationships that we made a long, long time ago over many years."

The final item on the agenda was the creation of the city's Public Safety Committee.

It's made up of Mayor Randy Toms, Councilman Kevin Lashley and Councilman Holmes.

"There's always been suggestions brought up by citizens and now I think it's a good idea to sit down and talk. Find out how we can get the most use out of our mandated law enforcement officers."

Toms says they'll meet with the heads of the Fire, Police, Utilities and Public Works Departments to address any questions or concerns the public has and figure out the best ways to use their officers and personnel.

"Hopefully, once people understand that we have a public safety committee they will send us emails and say 'Hey, why don't you ask them about this.'"

He says the committee will talk about things like recruiting, efficiency within the departments and throw around ideas like part-time officers.

"Talk to them about some of those ideas because some things that work in other areas might have been tried here and they just didn't work," says Toms.

During the meeting, Mayor and Council also discussed the Warner Robins' Visitor Center.

Toms says Carlton H. & Ella O'Neal Sledge Farm, Inc, who currently owns the land where the center will be built, donated three acres of land for the city to use.

All the city has to do is extend the roadway.

He says this is basically the last step before they can finally break ground on the project.

RELATED: 'Tourists will benefit from it': Russell Parkway gears up for new Visitor Center in Warner Robins

Like 13WMAZ reported two weeks ago, the Independence Day Concert is back in Warner Robins this year after being cancelled in 2020.

During the meeting, Mayor and Council approved the contract with Hubbub! Productions, who they have used for at least the last five years.

Mack questioned if any other companies were considered this year.

"Sir, was this service... was it bidded out to other companies? I do this type of work and I know of several companies that can probably curb some of the cost of $8,000, if feasible?"

"No, it wasn't and that is certainly something we can take a look at next year in that regard, but we're kind of... this is where we are this year," replied Toms.

After some discussion, Mack ended the conversation by saying he wants to take a look at other companies for next year.

"In the future, I just want to be able to curb the costs wherever we can. I'm sure they're a great company, but I know some people that can do it a little better, but I just wanted to ask that question."

RELATED: 'Pump us up and move us forward': The Independence Day Celebration is back in Warner Robins