The engineering firm says they plan to complete the study around April next year. 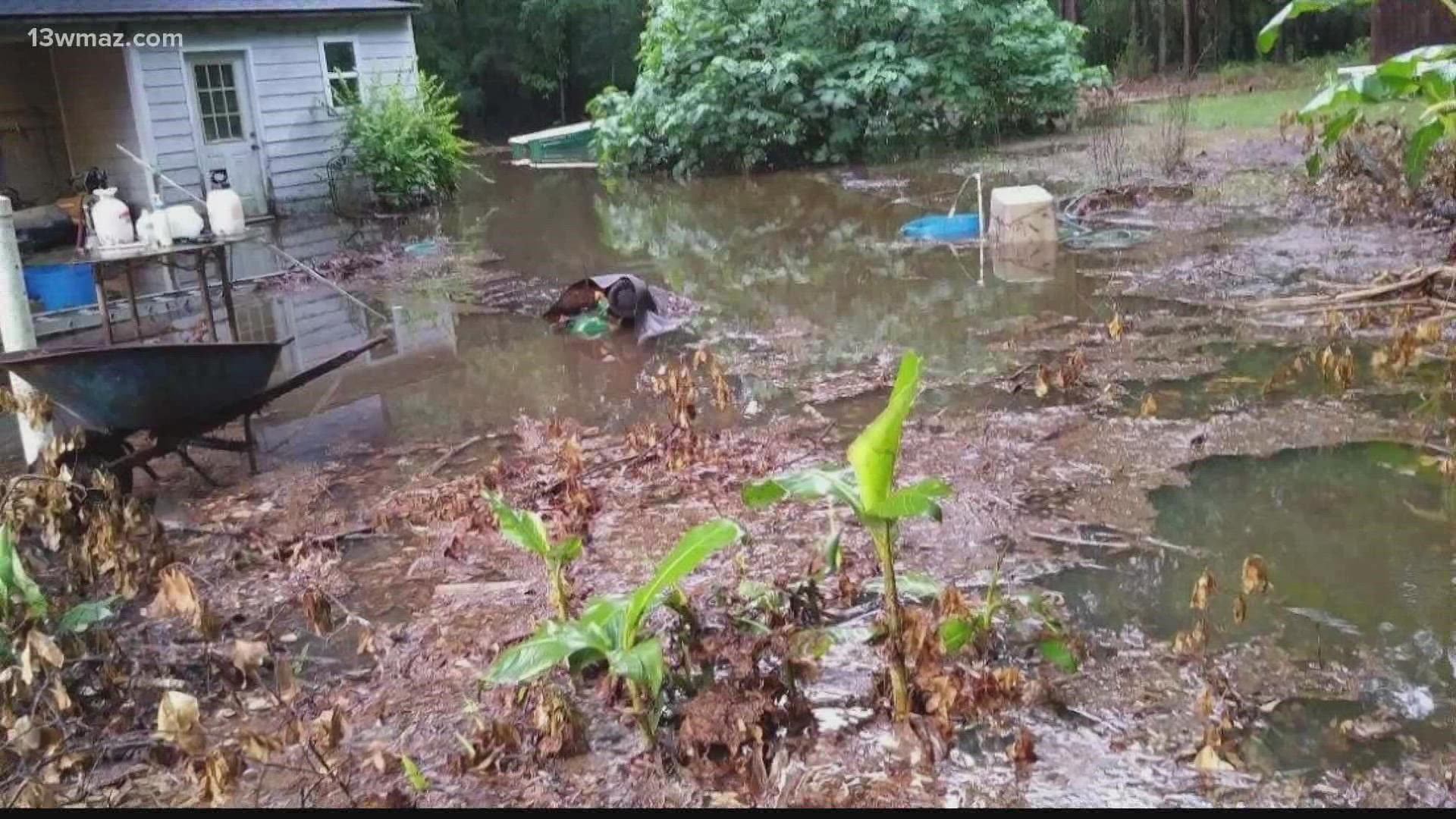 MACON, Ga. — People in south Bibb County are searching for answers about growing flooding problems every time a heavy rain rolls through the area.

Earlier this year, Macon Water Authority hired an engineering firm to study the problem. Monday, the firm along with county leaders updated concerned homeowners who live in the area around Houston and Liberty Church roads in south Bibb.

Jim Chevalley and his wife Mary Ann sat front and centered in a crowd of over 50 homeowners.

Chevalley built his home on Francis Drive in the late '80s. The plan was to build a peaceful home and a place to retire, but over the years, it's become more of a headache.

"It can’t be enjoyed. Unless you'd have a flamethrower," Chevalley said while swatting at mosquitoes swarming around during our interview. Floodwaters from weeks ago were still standing in the yard of the home.

"When I see one of these storms coming up, I'm looking at the daggum radar. I can’t sleep."

That’s because anytime the area gets a heavy rain in a short period of time, floodwater flows downhill to his home and other south Bibb neighborhoods including off Houston Road, Carey Drive, Jones Road, and Liberty Church Road.

The result after some storms is homes in the center of lakes made overnight.

"This isn’t my water. This isn’t my problem," Chevalley said about the water flowing downhill into his property.

He says that's why he and other people in the area are turning to county officials to fix it.

"They’re flooding us out because they’re not doing their job, their responsibility," Chevalley said.

Since May of this year, an engineering firm contracted through Macon Water Authority (MWA), has studied the drainage problem.

Just from the six months of the study, the firm has highlighted the need for maintenance in some problem areas.

But aside from maintenance, what’s the solution? That’s what county officials discussed with concerned homeowners Monday.

The problem is it’s not a straightforward, easy fix, officials say.

"If we clean out this ditch here, and we dig this where the water will flow, guess what? Everybody who's on Criswell is going to be raising their hands saying, 'Wait a minute. You're drowning me down here,'" said Commissioner Bill Howell.

Essentially, Howell says if MWA works to solve the issue in one neighborhood, the floodwaters could overwhelm other surrounding neighborhoods.

"There’s a still a step to prioritize the work in a way that's orderly so we don’t create a bigger problem," Cheek said.

The engineering firm says they plan to complete the study in April next year. Cheek says folks can expect to see some more permanent improvements by summer of 2022.

Howell says right now, the study only includes part of south Bibb, and does not include some problem areas like Carey Drive. However, he says those areas will benefit from the work once it's completed.