'They're a blessing': Daybreak in Macon provides resources for homeless people during pandemic

Resources are slim because the pandemic shut places down such as libraries, fast food restaurants and homeless shelters. 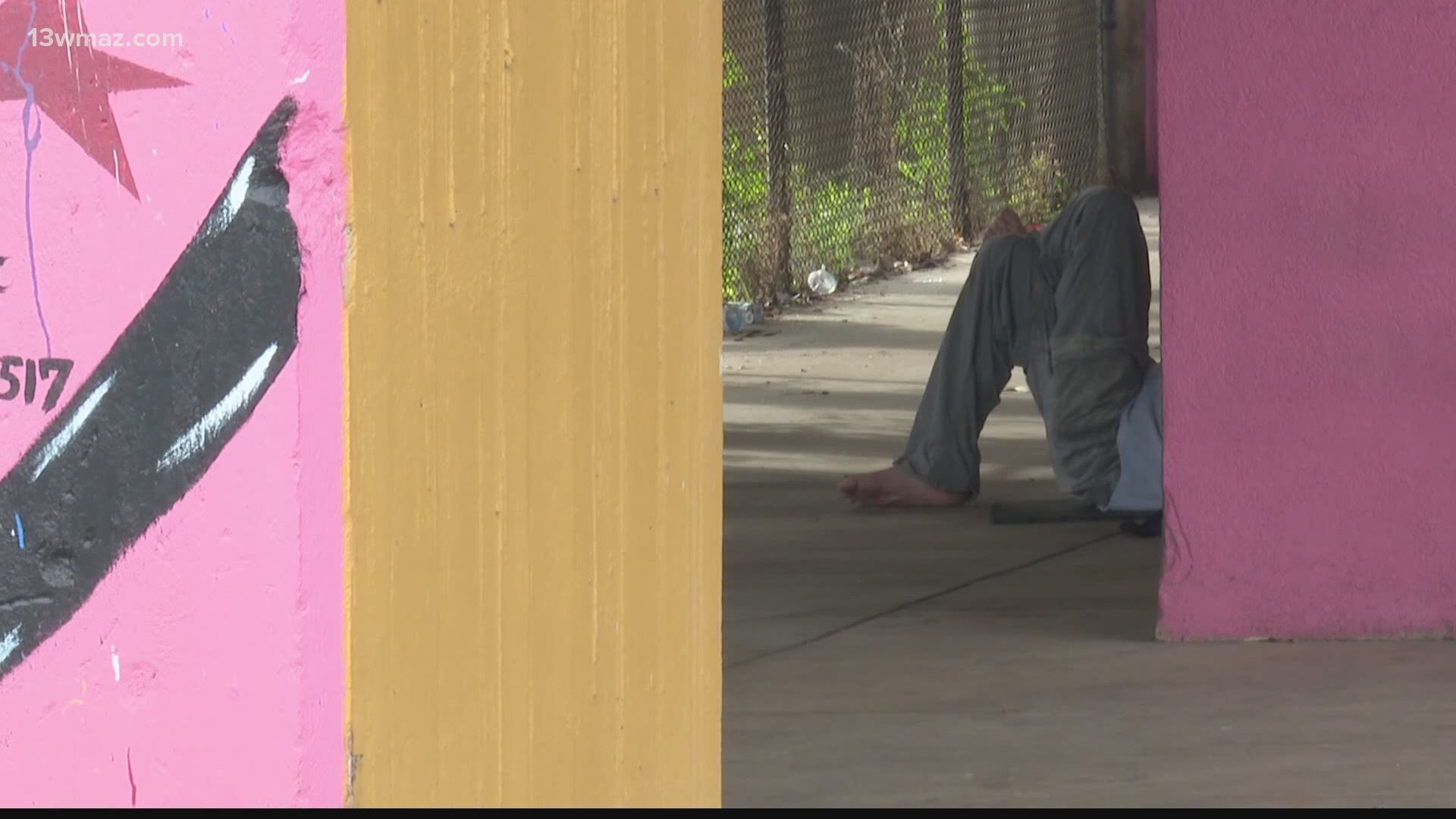 The pandemic has shut down many vital places that homeless people use to eat, sleep and bathe. Daybreak in Macon is making sure that the homeless population is taken care of.

Life during the pandemic has been tough for people who are experiencing hard times, like Lucas.

"Could be better, but you know, I'm blessed," Lucas said.

Lucas has been living in Macon for a year and recently, he became homeless.

He is just one of many who now have limited access to resources because of facility closures due to the coronavirus pandemic.

He says the Daybreak homeless shelter has really helped him during this time.

Sister Theresa Sullivan is the director of the shelter.

"Daybreak is obviously an amazing resource for our homeless brothers and sisters, but the thing is, they use up many other places and immediately everything got closed off to them," Sullivan said.

She says resources are slim because the pandemic shut places down such as libraries, fast food restaurants and even homeless shelters.

"So many places that they would get into, all of a sudden moved online. If you don't have computer access, how do you access those things? So, Daybreak became even more important, but we had to learn how to do it all safely," Sullivan said.

In order to keep providing people with services, Daybreak had to abide by the CDC's guidelines.

This means everyone who comes in the building must wear a mask and everything is done socially distanced.

The shelter even offered free COVID-19 tests three times, and everyone who took one tested negative.

"It really shows what we're doing is working, thank the Lord. But we have to be vigilant in making sure we continue to serve," she said.

They say they will keep doing that, in order to keep helping people who are in Lucas' shoes.

"They're a blessing," Lucas said.