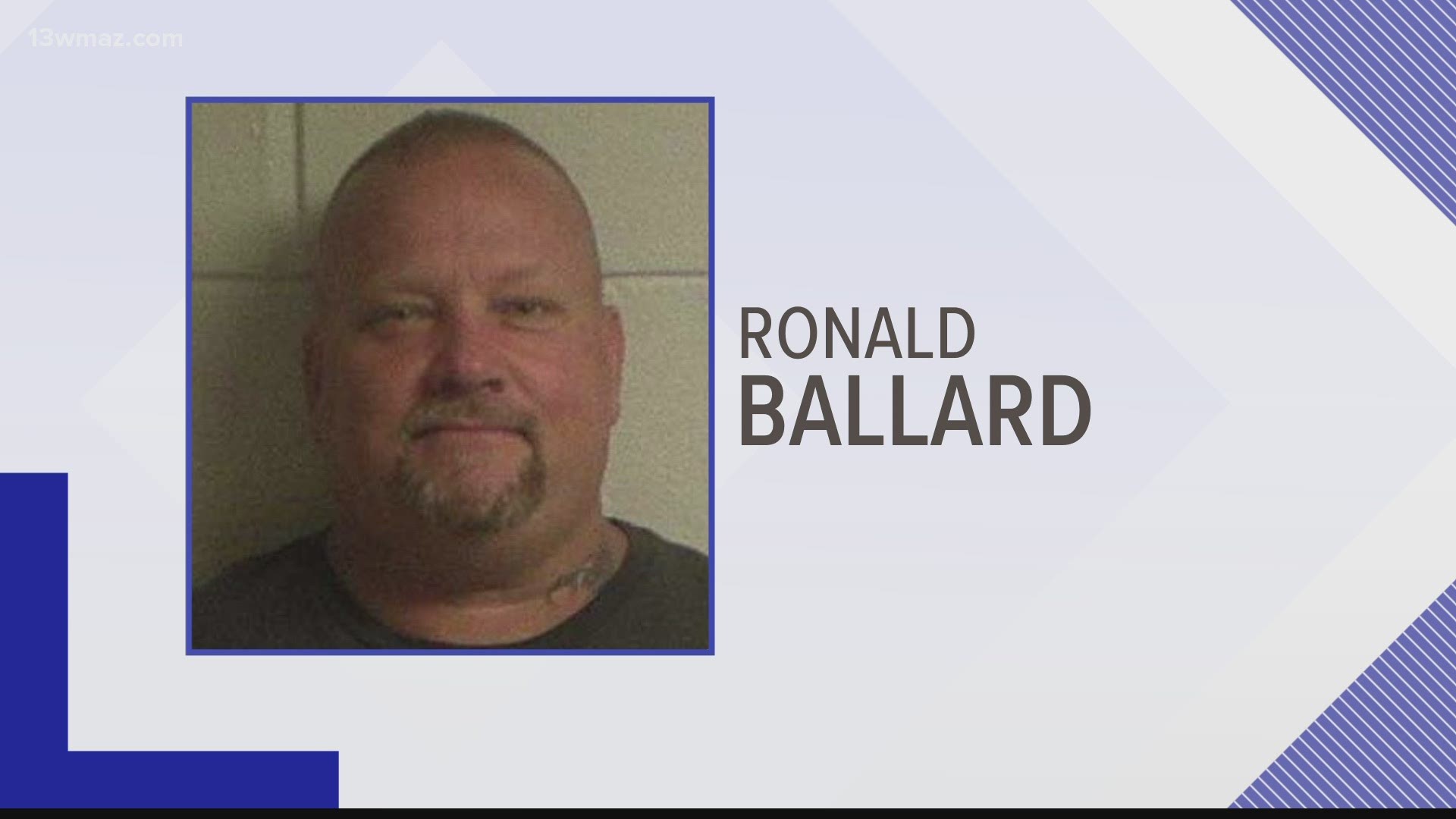 CRAWFORD COUNTY, Ga. — A Crawford County deputy found himself on the other side of the law. The Georgia Bureau of Investigation (GBI) says Ronald Dennis Ballard choked a suspect until he was unconscious March 16.

GBI Special Agent in Todd Crosby says Ballard is charged with aggravated assault and violation of oath of office.

Ballard was on duty in an undercover vehicle. Crosby says Ballard observed what he believed to be a hand to hand drug transaction in a motel parking lot. Crosby couldn't tell us the name of the motel, but says it was in Crawford County.

Deputy Brian Horvath joined Ballard, and together, they pulled the car over on a private driveway off Highway 42 South.

The deputies found two adult men, one adult woman, and two juveniles inside the car.

Crosby says Ballard took a backpack out of a car when one of the men tried to grab it and run.

"A fight over that backpack ensued and Mr. Ballard and that man went to the ground. At some point in time, in that fight over the tussle of the backpack, Mr. Ballard put his forearm across the neck of the man and applied force. It applied enough force that the man in question passed out," said Crosby.

Crosby says Ballard revived the man, handcuffed him and then kicked the man's legs out from underneath him.

Ballard worked for the sheriff's office for nine years, but now he is terminated.

Wednesday, a judge set Ballard’s bond at $25,000. Crosby says the GBI completed its investigation and its now being turned over to the Macon District Attorney's Office.