It left significant damage to the backside of the structure. 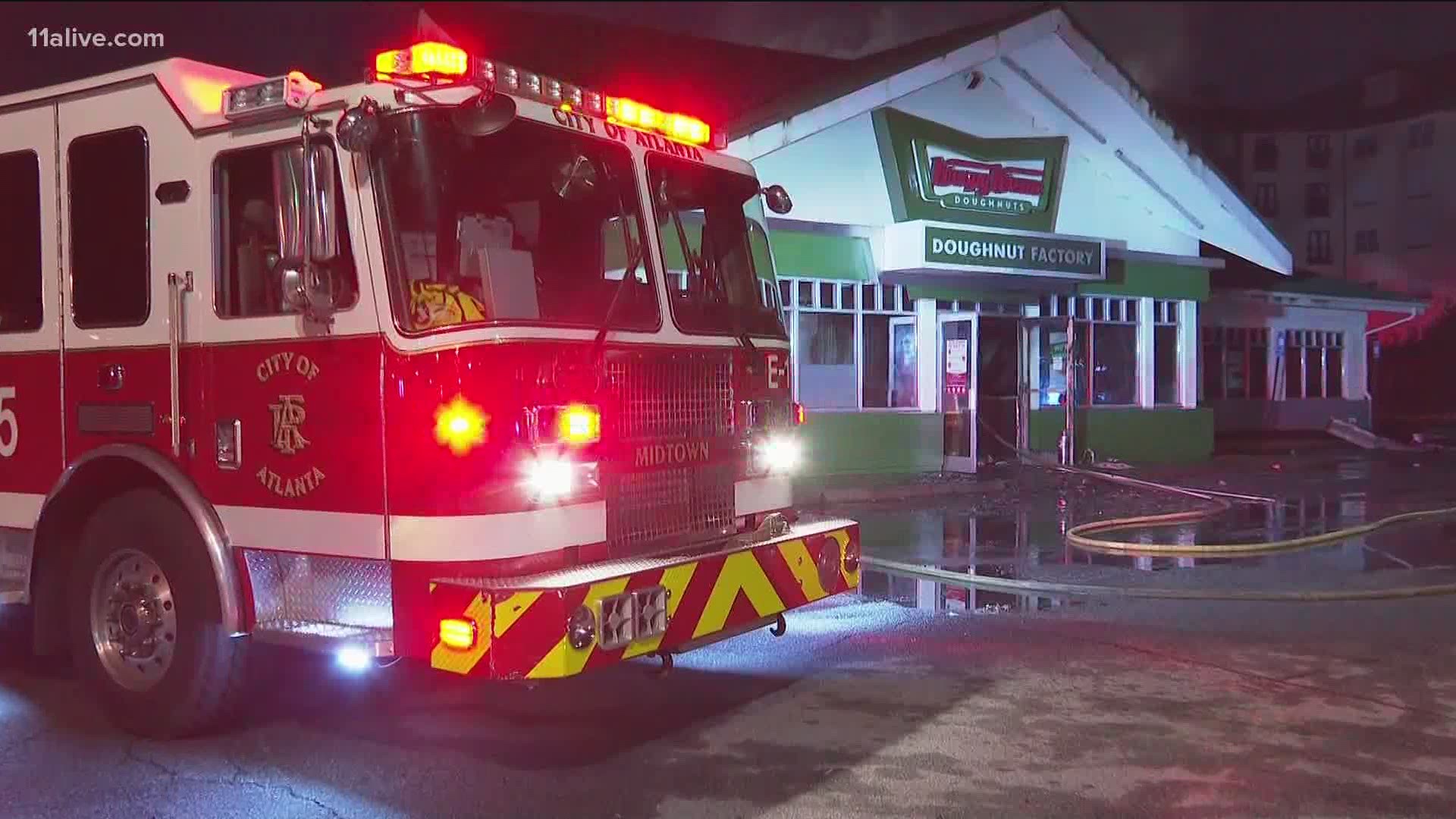 The historic Krispy Kreme on Ponce de Leon Avenue in Midtown was left heavily damaged by a fire that videos and pictures showed engulfed the back part of the building, sending flames high into the air.

Atlanta Fire Rescue confirmed two employees were inside the building when the fire broke out and escaped.

"A fast moving fire gutted the building this morning just before 1 a.m.," the fire agency said in a tweet.

11Alive's Joe Ripley reported the back overhang of the building is gutted and the menu is melted, among the damage.

Iconic Atlanta Krispy Kreme on Ponce goes up in flames

This historic location opened more than 60 years ago, opening the same year as Atlanta Fulton County Stadium in 1965. It was one of the first Krispy Kremes established outside the young company's main bases of operation in Winston-Salem, N.C. and Nashville.

Basketball legend and media personality Shaquille O'Neal bought the store in 2016. Shaq told 11Alive's Francesca Amiker in a statement: "I hope no one was hurt and we will bounce back better than ever."

Jack Farmer, a marketing executive representing the Ponce Krispy Kreme, released a statement which said there was no clear timetable for a return.

"We are working with authorities to assess the damage and are uncertain at this point how long the shop will be closed," the statement said. "However, we plan to reopen the shop as soon as possible. In the meantime, our Ponce team members will continue to receive full pay while we identify and offer them roles at other area Krispy Kreme shops."

The store has long been a fixture in the fabric of Atlanta life - when thousands of mourners came to the city for Martin Luther King, Jr.'s funeral in April 1968, the Krispy Kreme donated 150 dozen donuts to local churches who were trying to keep the people fed.

Around the city, Atlantans mourned the damage done to a site where many locals have fond memories.

Atlanta Fire crews were called to the scene just after 12:30 a.m.

No injuries have been reported, and the cause of the fire is under investigation.

This is a developing story. Check back for more details.

The Krispy Kreme is so much a part of Atlanta lore. It was constructed the same year as Atlanta Fulton County Stadium for the Braves and the same year the Beatles came to town. April 9, 1965, in Atlanta—against the Detroit Tigers—as Milwaukee Braves. @11AliveNews #krispykreme pic.twitter.com/FwgS3kmJ3s