The Habersham County Emergency Services described it as a "high-angle" rescue. 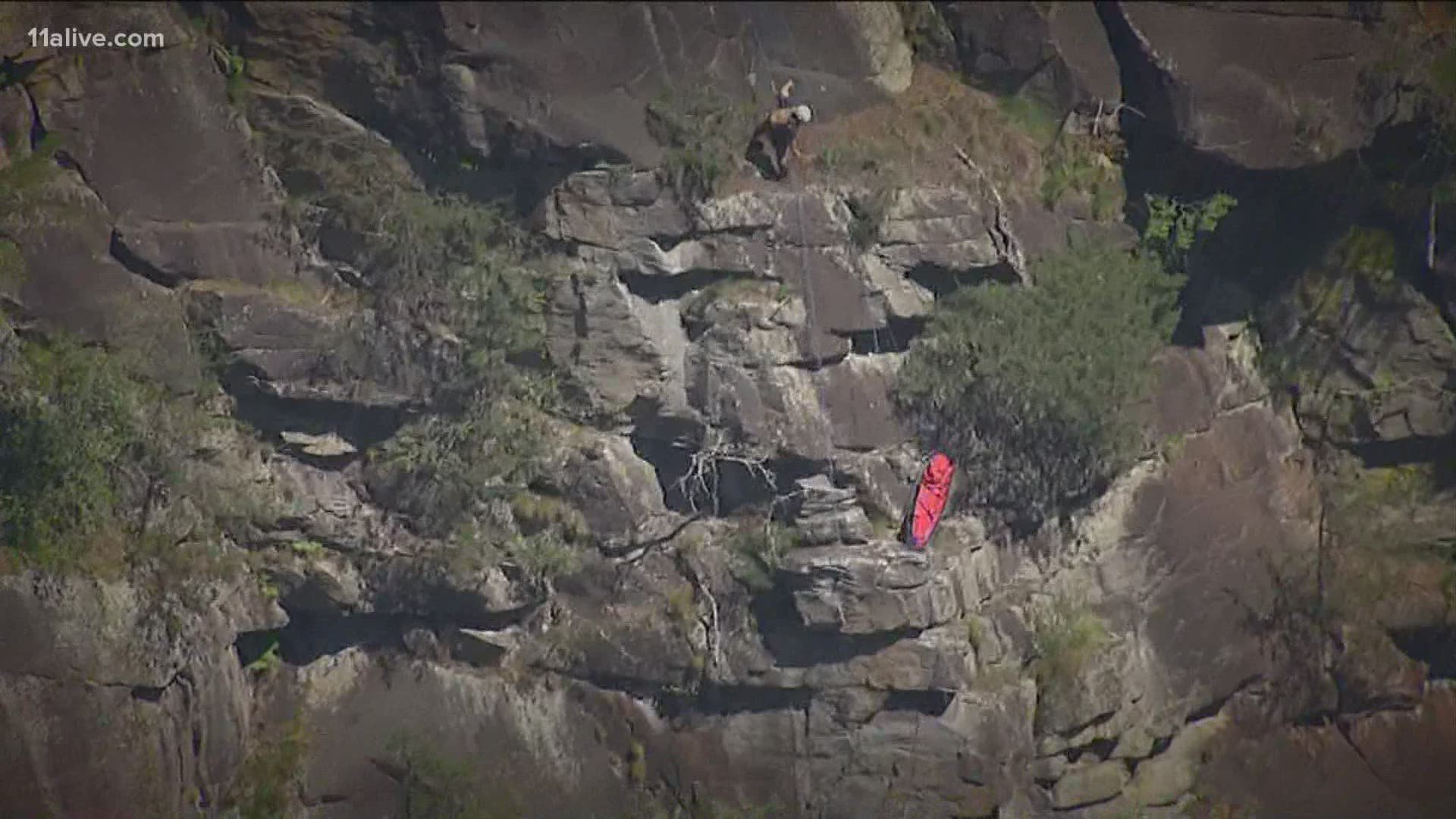 TALLULAH FALLS, Ga. — A woman's body was recovered at Tallulah Gorge State Park Thursday after local officials said they responded to a report about a person who fell.

The Georgia Department of Natural Resources identified the woman as 58-year-old Nancy Moore Smith, of Blue Ridge. DNR said this happened at Overlook 2 in the park.

The first responders located her at the bottom of the Gorge and Habersham and Rabun County personnel rappelled down, using long lines to recover the victim, DNR said.

Just before 2 p.m., Chad Black, the Habersham County Emergency Services director told 11Alive that initial reports were that a person had fallen or jumped from a ledge at the Gorge. Black said it would be a long process to rappel down the Gorge.

in a later update, Black said this situation had been moved to a recovery effort and no longer a rescue.

This is still under investigation.