The wait is over: Culver's opens in old Metro Diner location on Northside Drive

The grand opening was held Monday, and they are open seven days a week. 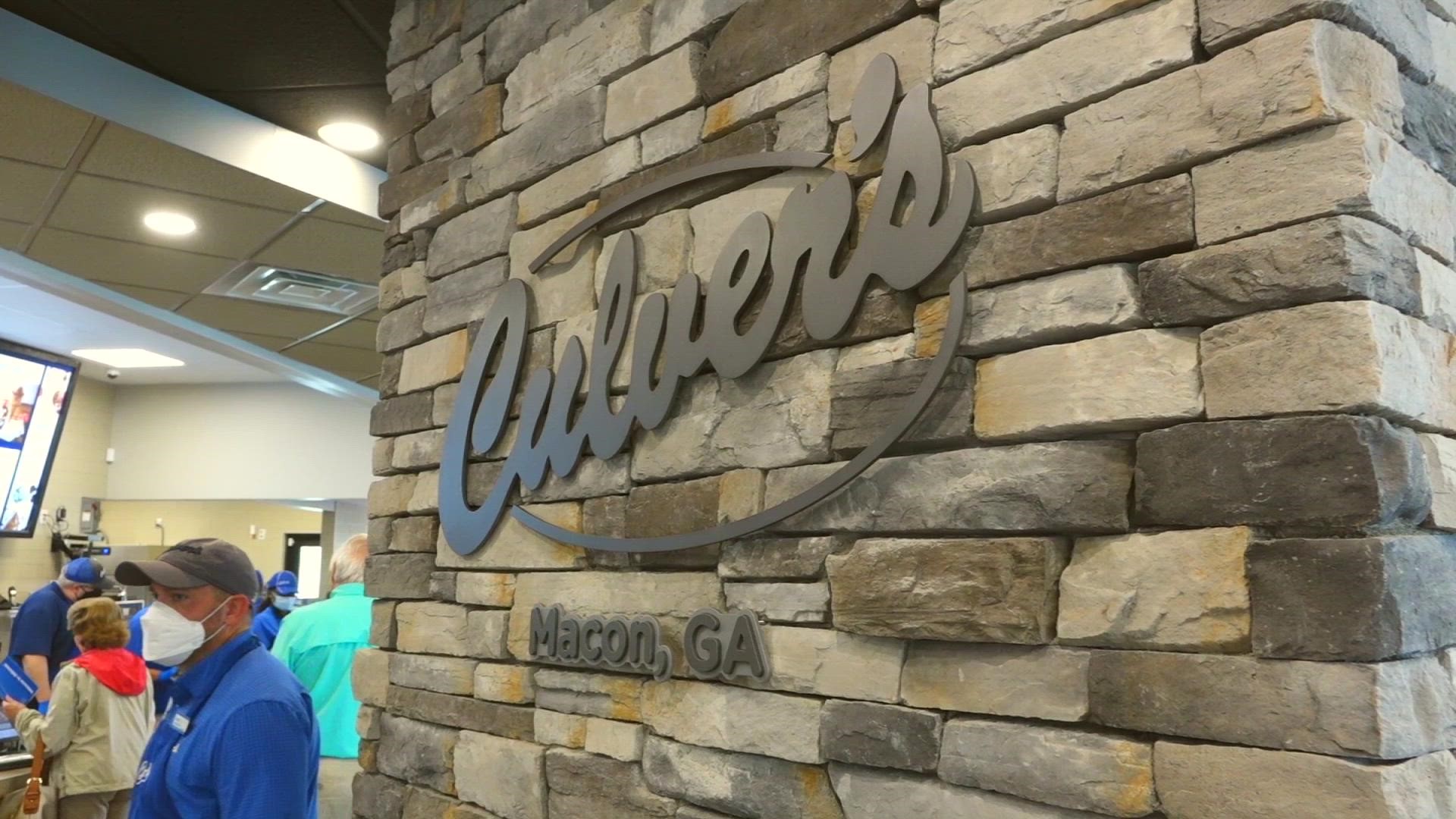 The chain started in 1984 and has now grown to over 800 stores. There are about 15-20 in Georgia, but most are up in the northern part of the state.

The restaurant is known for its butter burgers and homemade custard. Owner Kyle Garretson says it was time to bring it to Central Georgia.

"We're really excited to be expanding in Georgia," he said.

General Manager Dabrielle Davis is from Warner Robins and says she hopes Central Georgia is excited about this too.

"I'm most excited about bringing something new to the city, I feel like we stand out," she said.

She says the "good food, good service, hospitality" are what make Culver's different.

Garretson has been with Culver's since 2004, and he opened a location in Newnan about five years ago. Now, he's celebrating the grand opening of the Macon location.

He says Macon has treated them well.

Both Garretson and Davis are "excited" and say they've felt nothing but "positive energy" here.

Garretson says if you've never done it, "you gotta come and try the custard," and that the food is delicious.

You can go there and find out for yourself. They are located at 3710 Northside Drive.