The Big Ten Conference, which Iowa is a part of, is no longer allowing its football teams to play non-conference games; no matter how bitter the rivalry. 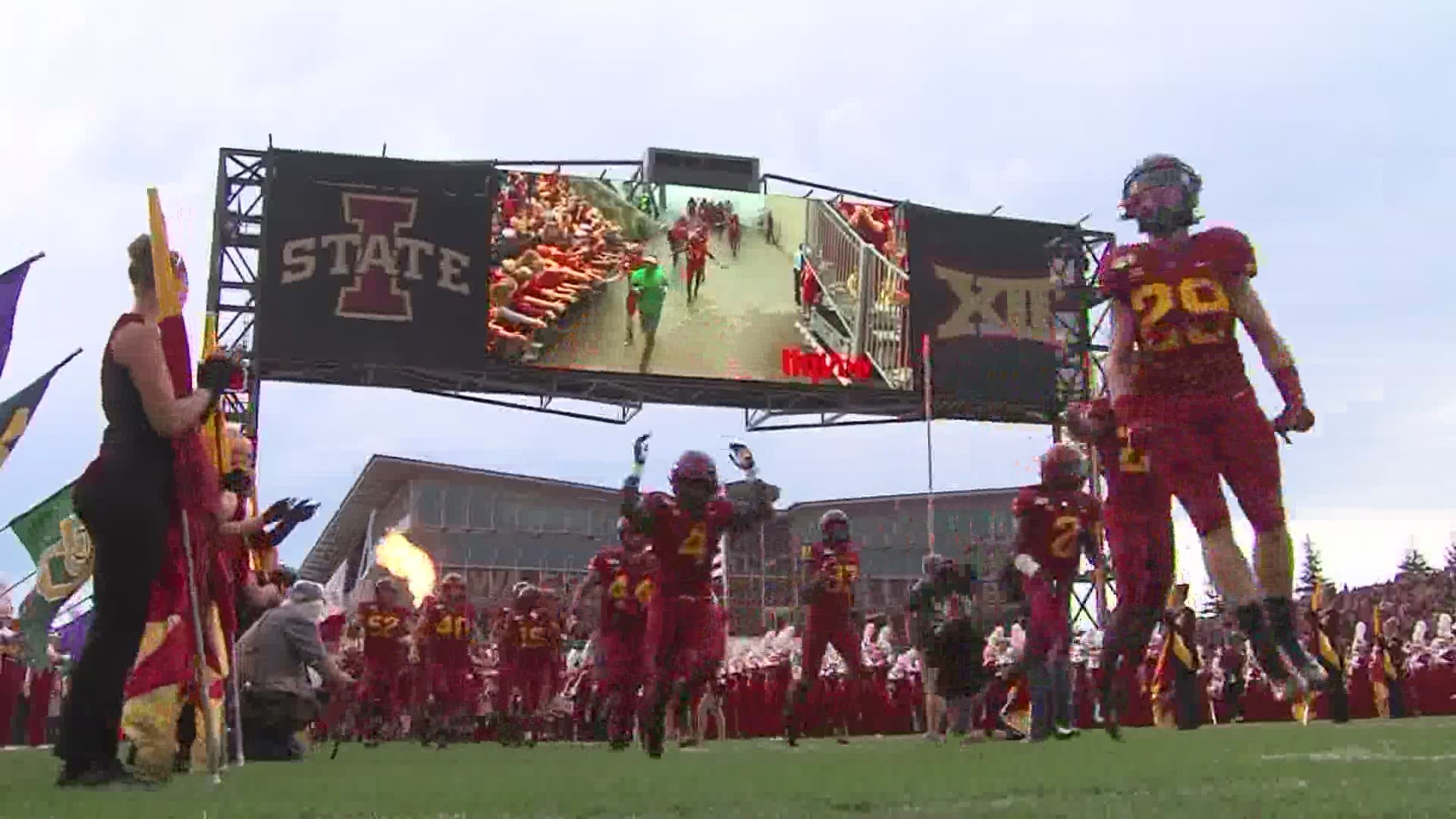 AMES, Iowa — For most football fans in Iowa, and even for some who could care less about football, the Cy-Hawk game is the biggest day of the year.  With no Cy-Hawk game in 2020, though, the impact will be felt far beyond the stadium.

The Big Ten Conference, to which the Hawkeyes belong, announced Thursday they will no longer allow any non-conference games on their teams' regular season schedules due to the risk of COVID-19.

The Cyclones, meanwhile, are members of the Big 12. While they haven't made a similar decision yet, the Big Ten's decision already means that ISU won't get to play their biggest rival this year.

The game was set to be at Kinnick Stadium in Iowa City, but the economic impact that the lack of a Cy-Hawk game will likely have will certainly be felt in central Iowa.

The Ames Chamber of Commerce said the Cy-Hawk game brought $9 million into the community.  Granted, the impact would have been smaller this year with the game being in Iowa City, but the blow taken will still be huge.

It will be an especially big hit for places like Cornbred Barbecue in Ames, who, along with so many other restaurants, have already lost a ton of money from the COVID-19 pandemic forcing their doors closed.

"Everybody wants things to be back to as normal as possible as soon as possible," owner Ryan Newstrom said. "[Losing the Cy-Hawk game] is just more of what we've been dealing with these last few months with this crisis we're in."

Newstrom is confident the restaurant will get through it, but he says the blow will still be a big one.

"There will be another Iowa-Iowa State game.  Someday.  And we will take advantage of those opportunities when they come," Newstrom said.  "It is a huge impact both economically and culturally.  We don't rely on it per say, but at the same time, it's a huge boom to us."

The Big Ten's decision to not have non-conference games also impacts UNI, as they were also scheduled to play the Hawkeyes this season.

Their game with Iowa State, though, is still going on as of now.  If it does happen as scheduled, we can only hope the only in-state rivalry game we get is as exciting as last year's triple-overtime match-up between the two; and will serve as a substitute, albeit small, for businesses like Cornbred BBQ.

RELATED: Dining out during the COVID-19 pandemic? Here's how to stay safe