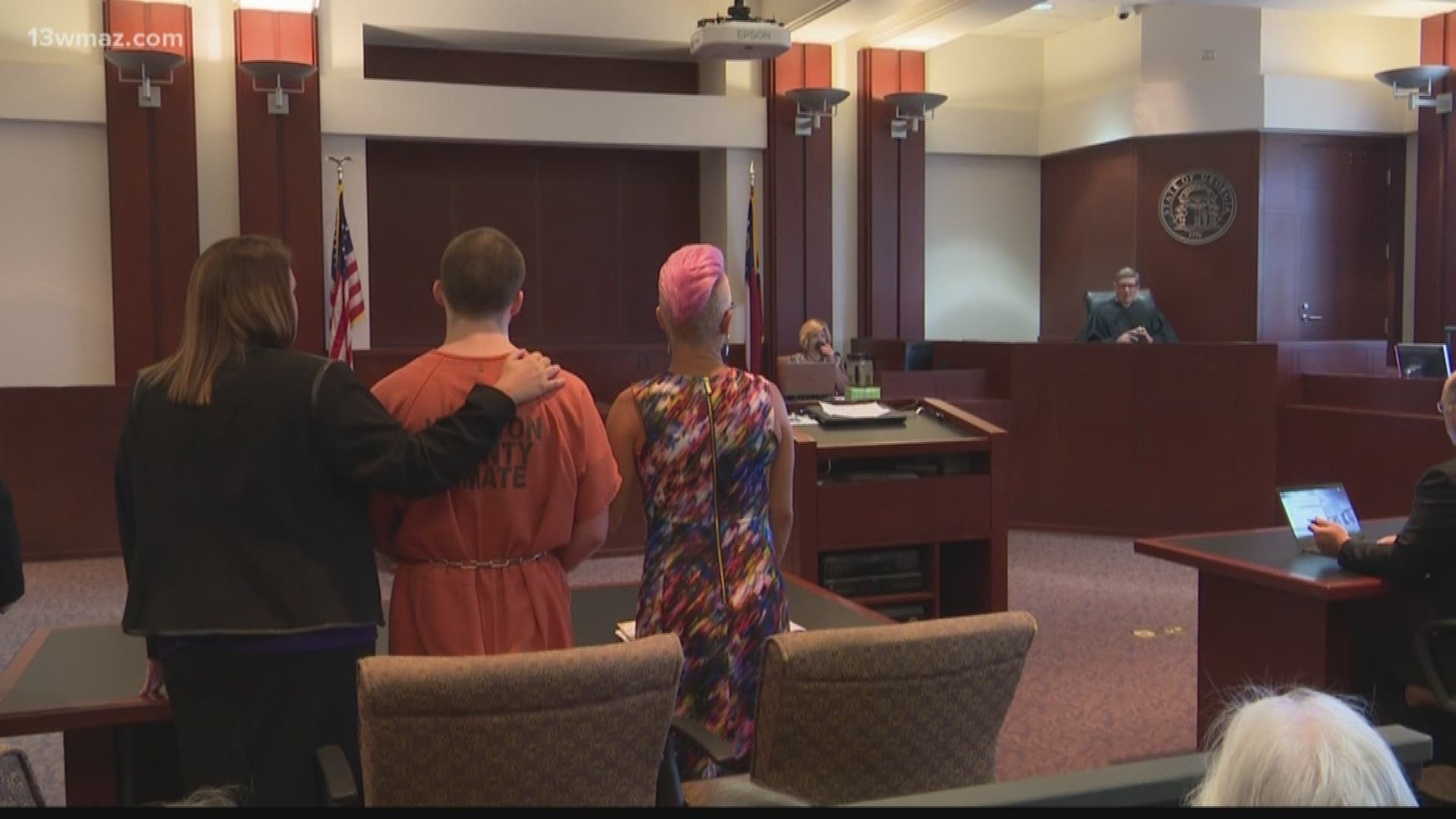 PERRY, Ga. — An appeal by one of the two men accused of killing Perry teen Sam Poss in 2016 heads to the Georgia Supreme Court next week.

Warren was 18 and White 17 when they killed Poss, who was their classmate at Perry High School, and buried his body near Perry.

White testified that the two killers decided they “might as well see how it feels to kill someone before we kill ourselves; we didn’t see no reason not to.”

He also said they decided that Poss would be an easy victim.

A Houston County judge last year sentenced White to life without possible parole, but he is appealing that sentence.

Because he was a juvenile at the time of the killing, White's lawyers argue that the prosecutors should have to prove, "beyond a reasonable doubt," that he was "irreparably corrupt" and could not be rehabilitated.

His current sentence is based on the judge's finding that White is probably "permanently incorrigible." But his lawyers argue that prosecutors should have to meet a more stringent standard.

White's lawyers argue that previous court rulings state that "life-without-parole sentences for juveniles are to be uncommon, exceptionally rare, and only for those juveniles who exhibit ‘such irretrievable depravity that rehabilitation is impossible.’”

His hearing is scheduled to happen before the Georgia Supreme Court at 10 a.m., on Wednesday, Nov. 6, at the court in Atlanta.

MORE ON THE POSS CASE

'They killed a friend without mercy:' Father of murdered Perry teen speaks out

'We live our lives like Sam would want us to': Poss family speaks after trials