Legislation would end 'spring ahead, fall back' time changes

There are four measures pending in Georgia. 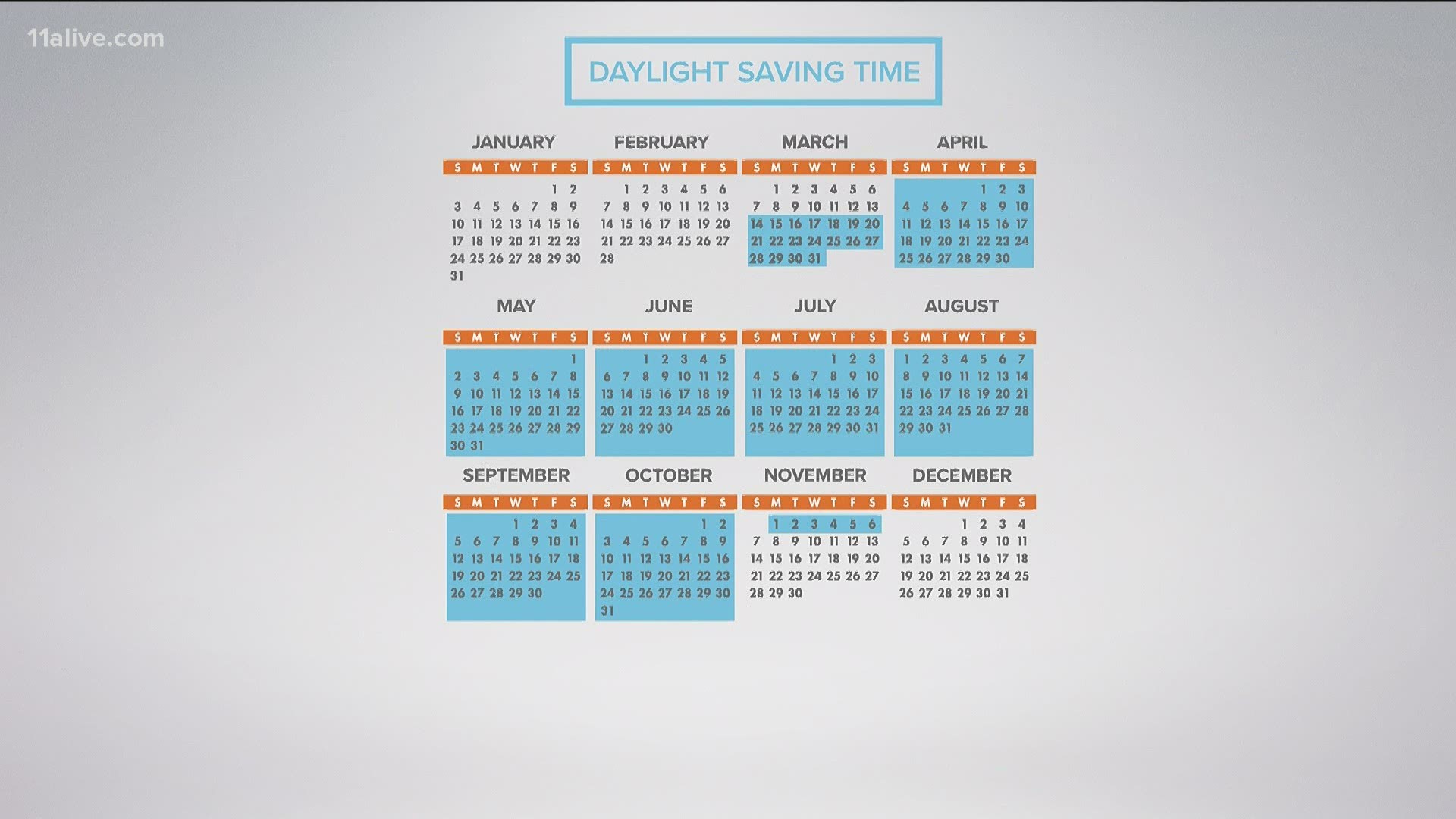 ATLANTA — We spring ahead to Daylight Saving Time in a month – but there are four bills in the legislature that would stop those twice-a-year time changes.

On the darkest day of winter, Atlanta gets about four and a half hours less daylight than it does during the brightest day of summer. To manage the shift in daylight, Georgia will spring ahead an hour on March 14 – and remain in daylight saving time through November 6 – which is nearly eight months.

Out in the February daylight, the twice-yearly time shift is not fully embraced.

"I think it’s ridiculous. I think we (should) keep it the same all year round. I think it’s outdated and outlived its usefulness," said Jeff Ertel of Midtown.

State Rep. Wes Cantrell (R-Woodstock) has seized upon that discontent.

Two other senate bills would put Georgia in standard time year round.  A fourth bill would send the question to a nonbinding statewide vote.

RELATED: What to know about standard time and daylight saving time

"If you or we succeed in any form or fashion, you will become my wife’s favorite people on the face of the Earth," state Rep. Victor Anderson (R-Cornelia) told Cantrell during the committee hearing.

Cantrell said that makes this more than just a whimsical exercise in changing the clock.

"The key issue to me is getting rid of time change and all the havoc that it wreaks on our lives," Cantrell said.

Some lawmakers were still skeptical during a House committee hearing. And on a gloomy February day in Midtown, some found comfort in the daylight saving status quo.

"I like it because it gives me longer daytime in the summertime, when I like to work. And I don’t mind it being dark early in the wintertime. I like the change up," said Eric Tramp of Midtown. "I’ve never minded having daylight saving time. I’ve gone places where they don’t have it, and it’s not as fun."

Congress would have to authorize it if Georgia wants to do daylight saving time year round. Cantrell said Florida, South Carolina, Tennessee, Arkansas and Louisiana have already made the same request.