'Worst day of my life': Teen gamer from DC grazed by bullet during mass shooting in Florida

He was live-tweeting the tournament when shots rang out. 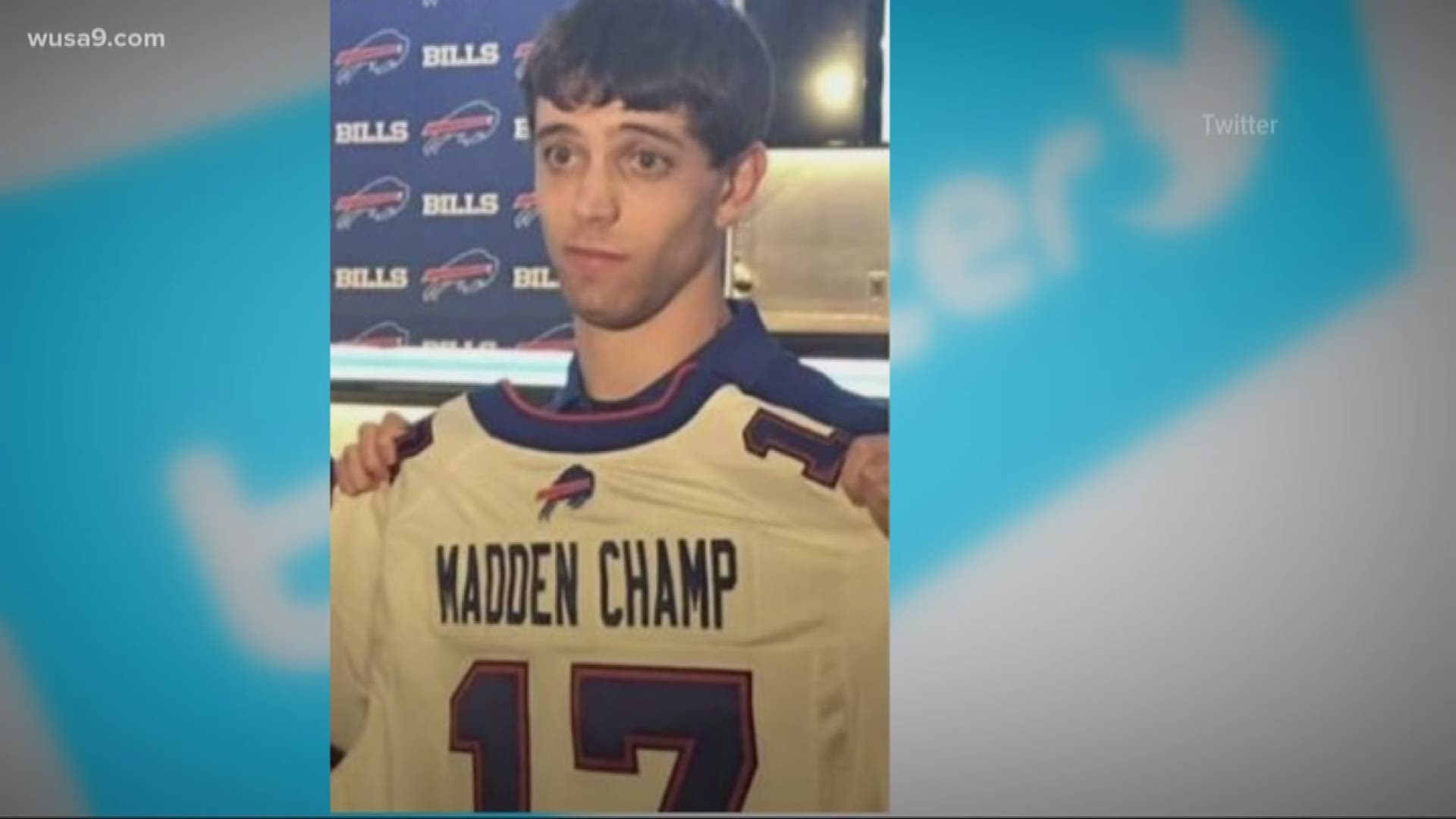 JACKSONVILLE, Fl. -- A DC-based gamer posted to Twitter that he was injured in a mass shooting in Jacksonville, Florida on Sunday afternoon.

Drini Gjoka, 19, is a former student of Woodrow Wilson Senior High School, according to the student newspaper. In the article, Gjoka describes himself as the "best Madden player in the world."

Reports say that the shooting happened at a Madden video game tournament. Gjoka is part of the professional team Complexity Gaming and maintains a YouTube channel that features videos of himself playing Madden.

He was participating in the tournament and was live-tweeting it in the minutes leading up to the shooting.

Then, shots rang out.

Complexity says Gjoka was grazed in the hand, but was away from the scene “and safe.”

Gjoka posted to Twitter that “tourney just got shot up,” and that he had been hit in the thumb.

I am literally so lucky. The bullet hit my thumb

He described the shooting as the “worst day of my life.”

“I will never take anything for granted ever again. Life can be cut short in a second,” he wrote to Twitter.

I will never take anything for granted ever again. Life can be cut short in a second

The Uncle of the DC gamer shot in Jacksonville, FL tells me his parents learned of the shooting through the news in Albania, where they’re visiting family. Told the whole family is in shock - grateful he’s alive @wusa9 pic.twitter.com/82frpMT7kn

Sunday, his uncle said it is unbelievable.

Complexity Gaming's Founder and CEO Jason Lake released the following statement: We're obviously shocked and saddened by this afternoon's events. Our player, Drini, was hit in the thumb but is going to be fine. He managed to escape and run down the street to a nearby gym. He's currently cooperating with the authorities and we will be flying him out of Jacksonville as soon as we are given the green light from the officials on the ground.

Jacksonville Sheriff's Office reported three dead, including the shooter. The suspected shooter is from Baltimore, Maryland.