Delta plane from Atlanta to London diverted after engine fire

This is what we know. 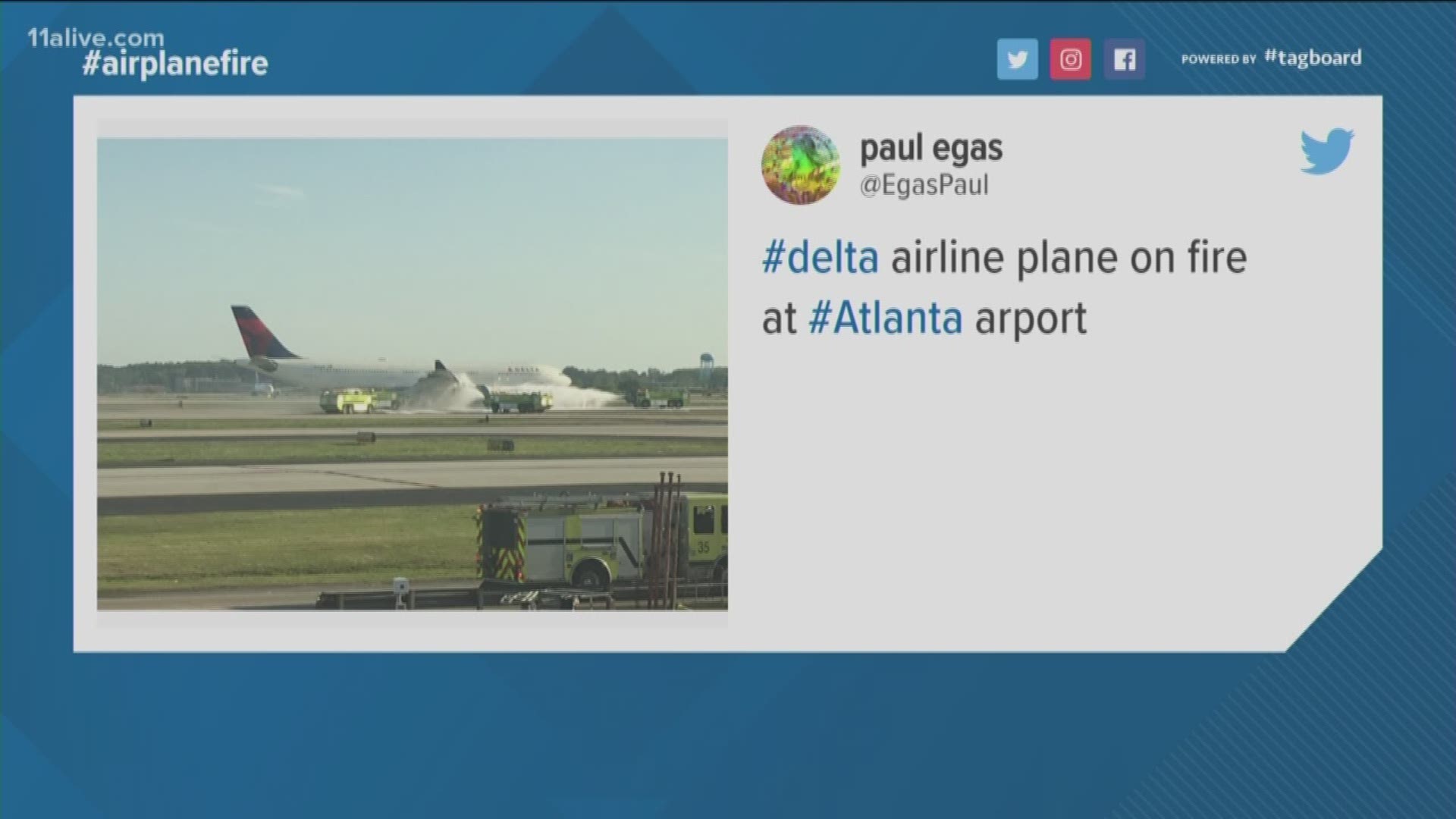 ATLANTA — Crews are responding to a fire on a Delta Airlines jet at Hartsfield-Jackson International Airport, officials confirm.

Atlanta Fire Department spokesman Sgt. Cortez Stafford confirmed crews were responding to the scene, but said no one has been reported injured.

Tweets from the Atlanta Airport said smoke was reported coming from the engine of a departing plane around 6 p.m., and it was immediately redirected back to the airport.

Fire crews hosed the aircraft's engine, before towing it from the runway back to the concourse with passengers still aboard. Airport officials say there was "minimal impact" to operations.

Photos from the runway show smoke and flames coming from one of the plane's engines.

11Alive has reached out Delta to get more information on where the flight was headed. According to the company, Flight 30 was leaving Hartsfield-Jackson International Airport bound for London Heathrow Airport.

According to flight tracking app Flight Aware, the plane took off at 6:09 p.m., but just about 40 minutes into the flight, it returned to to the gate in Atlanta.

My mom just texted me saying her flight from Atlanta to London just returned to ATL due to engine trouble. Emergency crews are currently putting a fire out in the engine apparently. They are safely on the ground.

In a statement from Delta, the Atlanta-based company confirmed the source of the issue was the plane's number two engine. The company also confirmed it was working to accommodate its passengers.

The flight landed without incident and airport response vehicles met the aircraft upon arrival. The airplane was towed to the gate, where customers deplaned through the jetway and will be accommodated on a different aircraft. The safety of our customers and crew is always our top priority and we apologize to our customers on this flight.

This emergency landing comes just one day after a New Mexico mom of two was killed aboard a Southwest Airlines jet after the engine exploded midair, causing the woman to get partially sucked out the window.