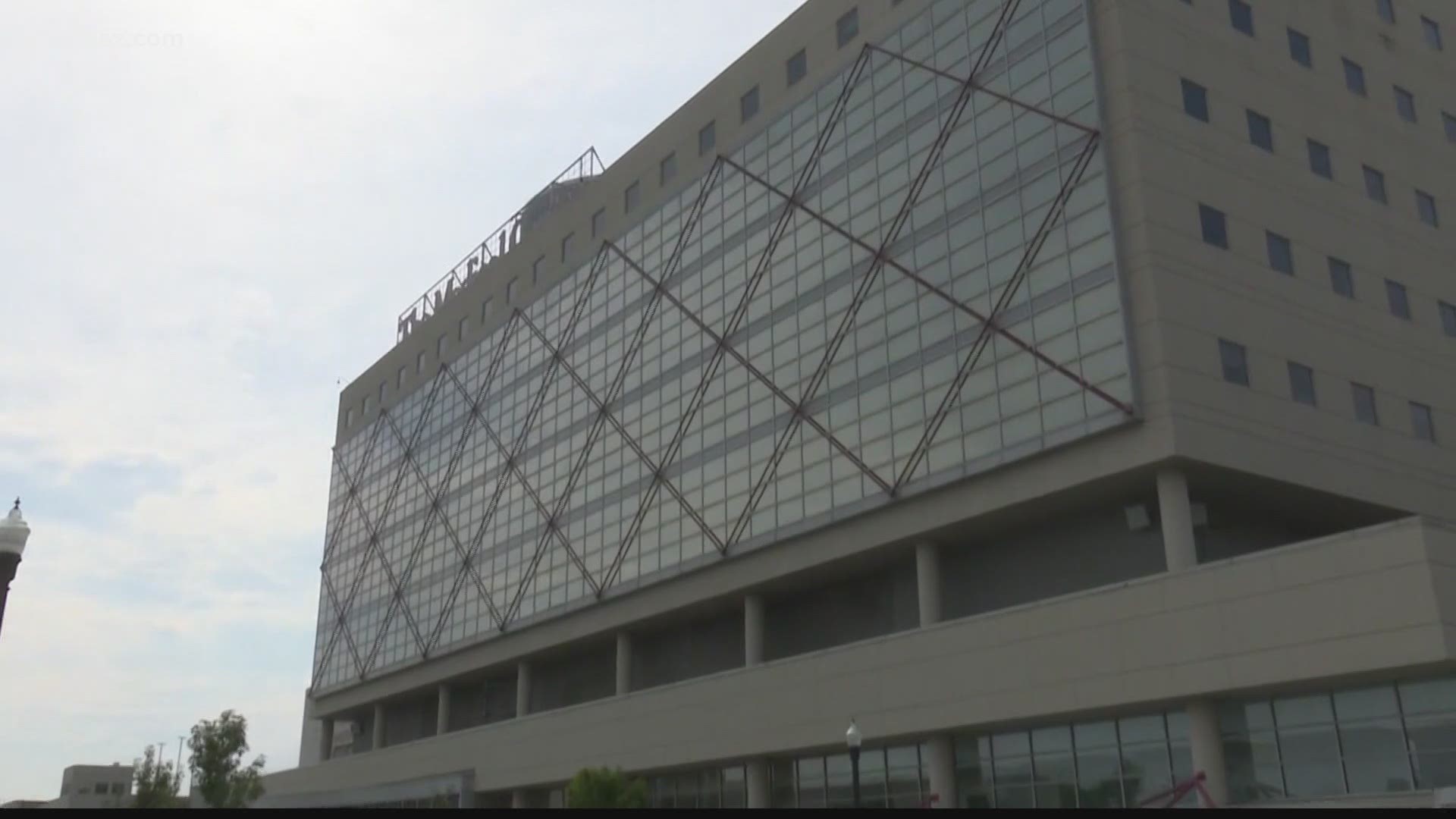 Navicent Health says Finley has more than 15 years of experience in healthcare leadership, mostly in California.

Most recently, Delvecchio Finley worked for the Alameda Health System based in Oakland, California, where he served as CEO for the last five years.

In a video released to news outlets, Starr Purdue, chair of the Atrium Health Navicent Health Board of Directors, says Finley has what Navicent needs.

Finley became a first time CEO in his mid-30s at Harbor-UCLA Medical Center.

He moved on to be CEO of Alameda Health System, where he helped launch a $200 million electronic health record system.

Navicent Health says in a news release, that in his first year at Alameda, Finley turned a $60 million operating loss into a $27 million gain.

But in a statement in October, Finley said the system was "underfunded and under-resourced." It still owed $100 million to Alameda County.

A county civil grand jury report this spring said the health system has a cash deficit of around $144 million. The report questioned whether Alameda could continue to operate because hard financial decisions had been kicked down the road.

In October, more than 3,000 employees walked off the job at Alameda County hospitals over unfair labor practices and complaints that the system had not done enough to protect its workers from COVID-19.

"Ultimately, it was the unfair labor practices happening at the bargaining table. Not wanting to sit across the table with us, and actually perform fair bargaining. Retaliatory practices for employees standing up for their jobs and their patients. Many nurses not given the proper PPE," Carter said.

Sheleka Carter, who was a community health worker at an Alameda hospital at the time of the strike, says she was on strike for all five days.

She argues Finley left the system in worse shape than he found it.

"He created a culture and an environment of nepotism, bullying, mistrust, mismanagement, divide between his workforce and unsafe conditions for patients," Carter said.

Finley released a statement in response to the labor union saying their claims about PPE and unfair bargaining are false.

After the strike, Alameda County's Board of Supervisors fired most of the trustees.

Amid the turmoil, Finley announced his resignation from the health system in a closed board meeting.

In a statement, Noha Aboelata, president of the Alameda Health System Board of Trustees, thanked Finley saying "he has positioned AHS well to address the future healthcare needs of the community."

According to a video released from Navicent, Finley says he plans to focus on listening within the first 100 days on the job.

We asked Navicent for an interview with Finley. They said he's not available for interviews.