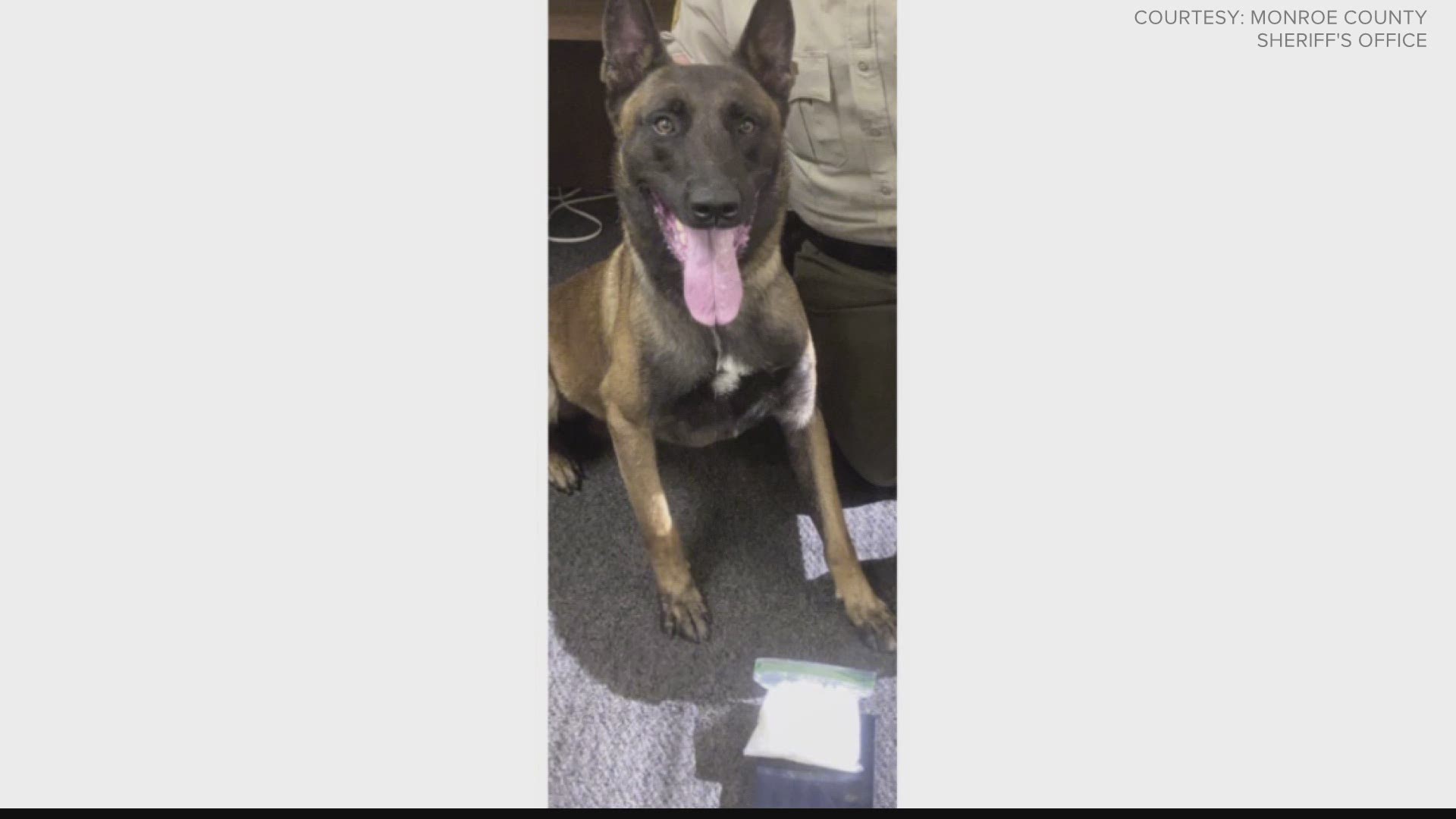 FORSYTH, Ga. — A Monroe County Sheriff’s Office deputy has been demoted after the death of a K9 officer. Sheriff Brad Freeman calls it ‘an avoidable accident.’

According to Freeman, Deputy Willie Barkley – a sergeant at the time of the incident – was working overnight on May 13 into May 14. He left K9 Khan asleep in the car while he was working on reports.

The sheriff’s office turned the case over to Internal Affairs, who determined it was an accident, and notified the district attorney’s office.

Freeman says Barkley was demoted to deputy and moved from field operations to working at the jail. He was also suspended for five days without pay.

“There were no health issues with the dog. Dog was healthy. Although it wasn’t a hot day, the temperature was around 79 that day. A lot of people don’t realize it might be 79 outside, which is not hot for us, but in the car, it can go up 20 degrees. It could be 90+ degrees in that car. Therefore, no one can handle that -- human or animal,” Freeman told 13WMAZ.

Monroe County Sheriff's Office PIO Anna Lewis says Barkley has been with the department since 2018, and that K9 Khan was 4-years-old.

Reporter Ashlyn Webb will have the latest on this story on 13WMAZ News at 11.