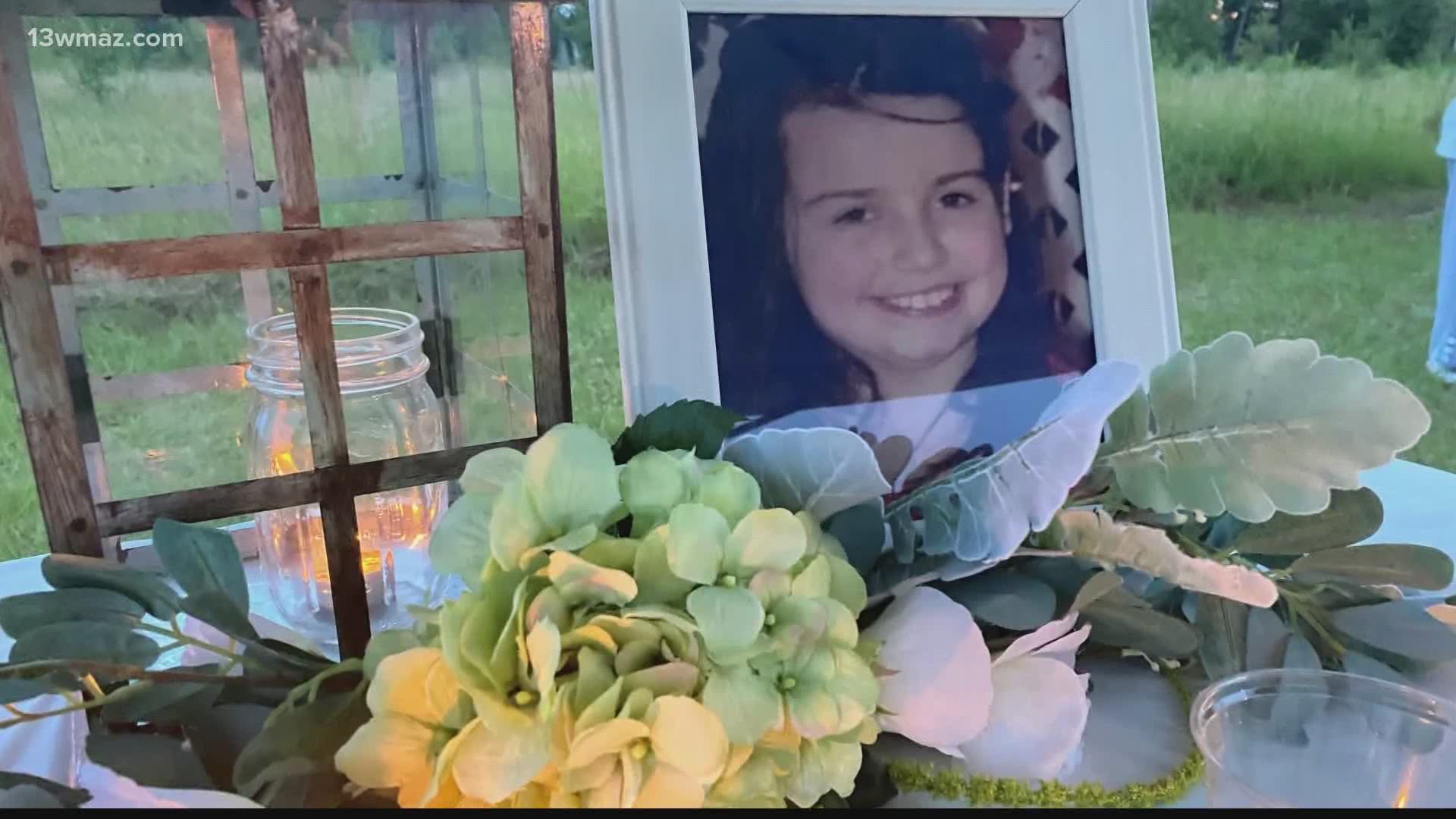 MACON, Ga. — The Georgia Bureau of Investigation says Kailtyn Yozviak's family had a history with the State's Division of Family and Children Services, also known as DFCS.

Yozviak is the 12-year-old who died in Wilkinson County after suffering "excessive physical pain due to medical negligence," according to the Georgia Bureau of Investigation.

13WMAZ obtained a copy of Kailtyn Yozviak's file with the agency and spoke to the head of Georgia DFCS about the family's history.

Even before Kaitlyn was born, DFCS says her two brothers were moved from the home because it was unsanitary.

Originally, her parents, Katie Horton and Joey Yozviak, planned to put Kaitlyn up for adoption but changed their mind when she was born. Two years ago, DFCS says she was briefly taken from the home for unsanitary conditions.

Records show that Horton, Kaitlyn's mother, turned over custody of her two sons to a relative because they were living in "unsanitary living conditions" before Kaitlyn was born.

"We also understand that people change over time, so if a parent is not a parent in one point in time, that does not necessarily mean that they can't parent later on, and we have to make that decision on a case-by-case basis," said Georgia DFCS Director Tom Rawlings.

Then in 2008, another case opened around the time Kaitlyn was born. Her parents changed their minds, saying they did not want to give her up for adoption.

"In this case, we did I think what was reasonable. We worked with the medical professionals that the mother, in fact, had a car seat and all the things you need to do to have to keep your child," Rawlings said.

Shortly after Kaitlyn was born, DFCS closed the case. DFCS Director Tom Rawlings says they didn't receive any reports on the family until 10 years later.

DFCS files show a call in 2018 about the home being "bug-infested, excessive cats, and hazardous conditions."

"Our folks came in. They saw that the place was really a wreck," Rawlings said.

DFCS agreed the house was unsanitary and Kaitlyn was placed outside the home with an aunt but returned 6 days later.

"They responded very quickly to our request that they make this house a fit place to live. That indicated to us that they were, in fact, capable of caring for Kaitlyn," Rawlings said.

Rawlings added case workers did what they were suppose to. He noted that in 2018, before they closed the case, Kaitlyn was interviewed and case workers checked in with the school and medical professionals.

"As an agency, we can't keep on top of families forever, we really have to intervene when we see a problem. We did intervene in this situation. We did let the families get on to their lives," Rawlings said.

RELATED: 'We never imagined it would end like this': Couple who planned to adopt Kaitlyn Yozviak speaks after her death

"The standard to remove the child from the home is that the child is in imminent danger. As in, the child's safety is really at threat, that can be emotional or physical safety," Rawlings said. "We also do get involved in cases that are maybe a little less than that, but when there's a chronic issue where we need the assistance of the courts in making sure the family does what they need to do to remedy the situation."

The agency didn't hear from the family again until after Kaitlyn died. The last entry in the file is heavily redacted and concerns a conversation between the GBI and DFCS.

The GBI says around February this year, Kailtyn and her parents moved from Jones to Wilkinson County. Rawlings says between the move and the pandemic, Kaitlyn did not re-enroll in school.

"Had it not been for the fact that this child was, I think, out of school, and then the school shut down because the pandemic, We probably would have received a call from the school at some point, or someone would have seen this child in the neighborhood. They would have called us and we wouldn't be in this situation," Rawlings said.

Just a few days after her death, more than 70 people gathered, demanding an explanation from DFCS about why this happened. Rawlings says caseworkers did what was "reasonable" and what they could within the boundaries of the law.

"I think it's human nature to say if a child dies from abuse or neglect, somebody must have done something wrong. There's a tendency to want to find some reason for it, that somebody could have done something about it, so that, unfortunately, is part of our work. What I'd try to remind folks, I believe our caseworkers, I believe our staff is dedicated professionals who would not be in this work if they didn't do everything they can to save children," Rawlings said.

The case remains under investigation, and the GBI has not stated a cause of death. Mary Chandler Special Agent in Charge says the GBI is still waiting for autopsy results.

On Monday, a Wilkinson County judge denied bond for both parents.