In the latest video, CMPD said the bikers are breaking too many traffic laws to count. 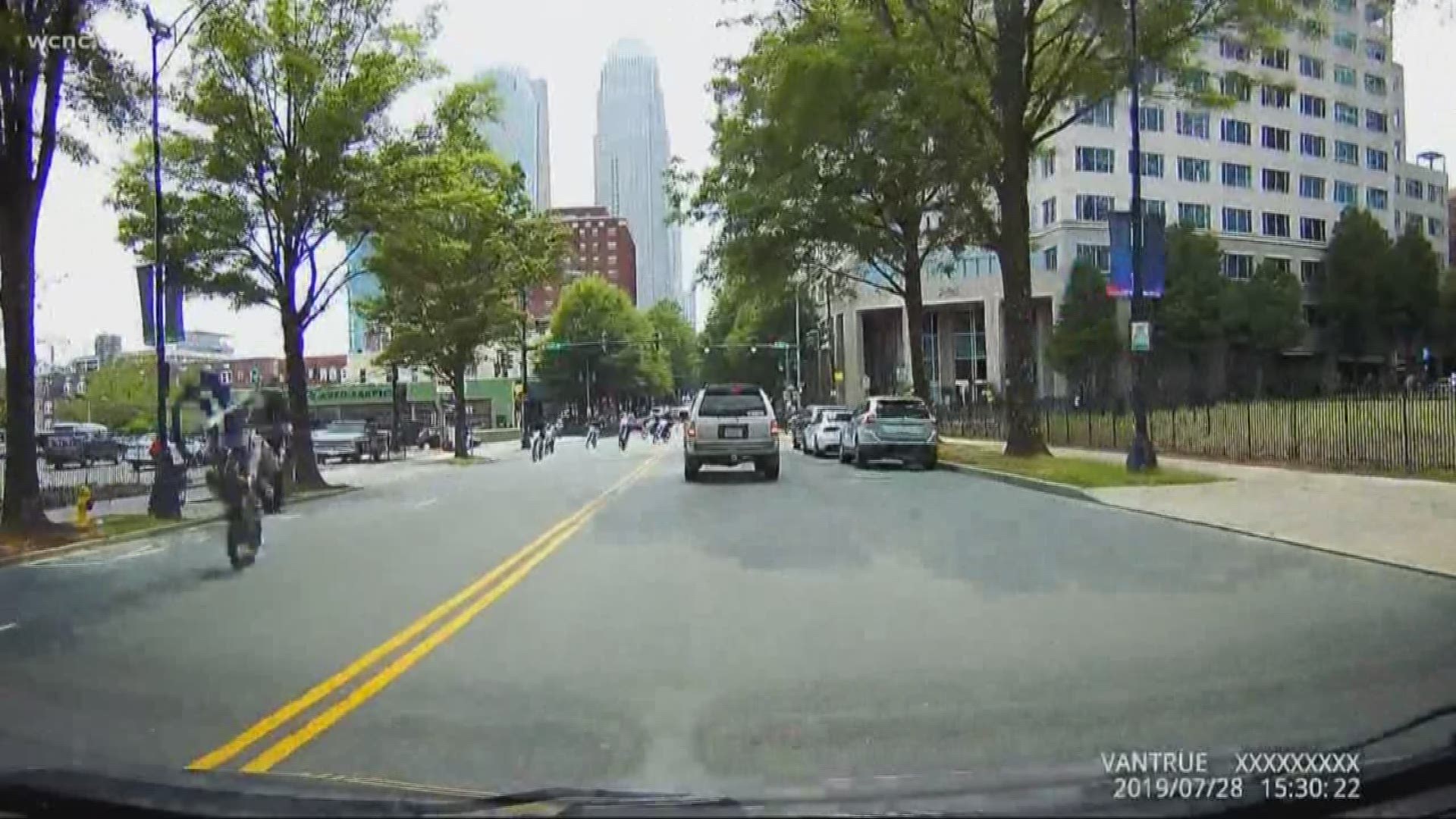 CHARLOTTE, N.C. — They look like stunt doubles out of the movies, but the only problem is these guys aren't in Hollywood -- they're in uptown Charlotte.

Video posted online shows people on dirtbikes racing by, followed by people on bicycles doing stunts and weaving in and out of traffic.

"I don't say they shouldn't ride dirt bikes but as far as on the street it's just not safe, because you've got cars, you've got people," one woman told NBC Charlotte.

The video was posted online over the weekend. When NBC Charlotte showed the Charlotte-Mecklenburg Police Department, they revved up their investigation. It's not the first reckless ride like this they've seen.

Dirt bike gangs have been wreaking havoc in Charlotte streets since 2016.

In the latest video, CMPD said the bikers are breaking too many traffic laws to count -- wheelies, making their own lanes, riding right into the paths of oncoming cars and blowing through red lights.

CMPD said they want the cyclist caught before one of them gets seriously hurt.

OTHER STORIES ON WCNC: