Does it matter if you get the Moderna or the Pfizer vaccine?

Doctors say there are more similarities than differences between the two 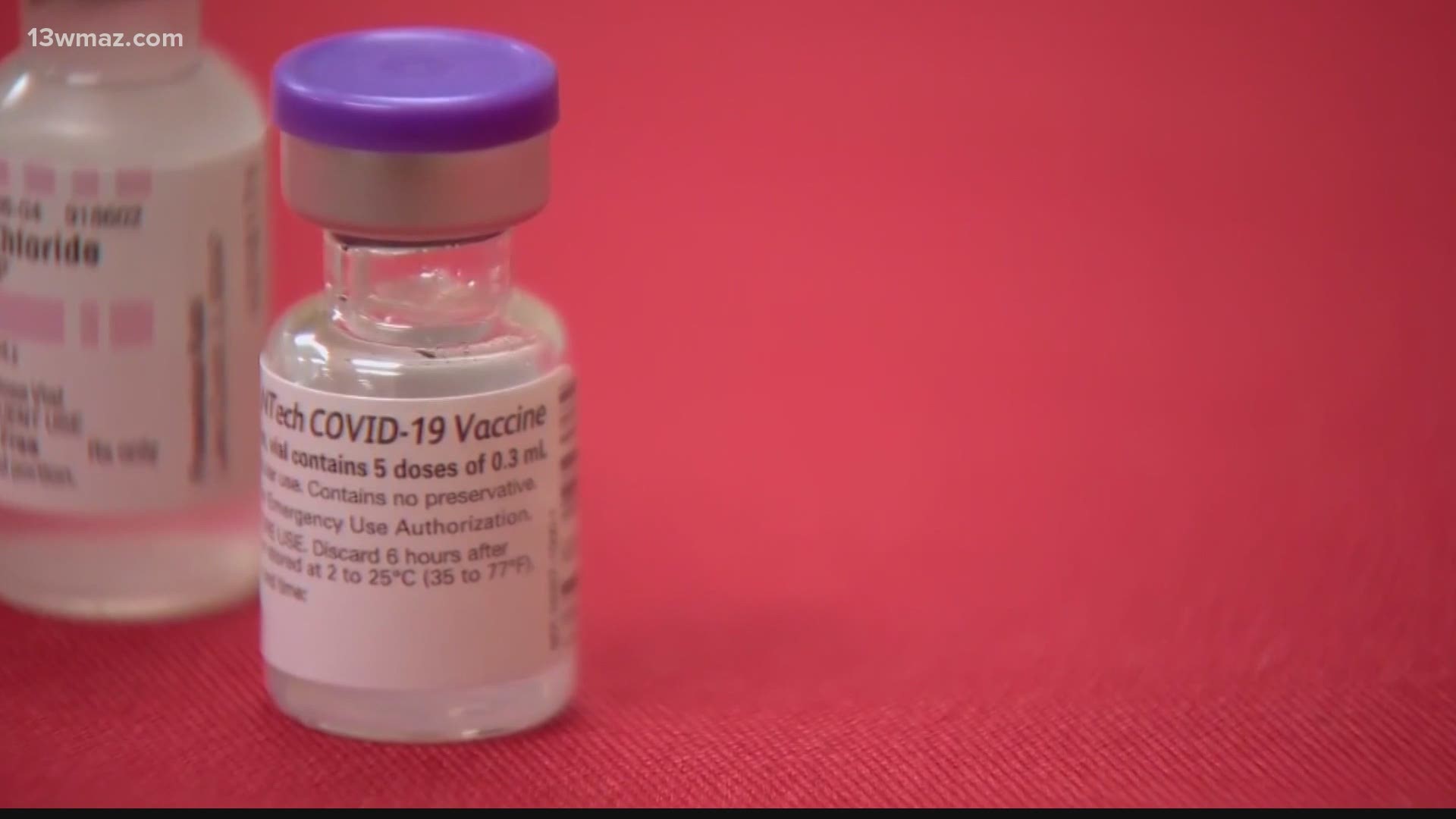 MACON, Ga. — Does it matter if you get the Moderna or the Pfizer COVID-19 vaccine? The short answer is, probably not.

Some healthcare workers in Georgia have already gotten Pfizer's COVID-19 vaccine. Moderna's is expected to be approved for emergency use authorization by the FDA this week.

"They are both mRNA vaccines, so they use very similar technology."

Both are messenger RNA vaccines, which means the virus' genetic code is injected into the body so it can instruct cells on what antibodies to produce.

The Pfizer vaccine is the first mRNA technology ever approved for human use by the Food and Drug Administration.

Stephens says it is a major breakthrough.

"People have been very excited about that," he says. "The technology has been around for a long time, but this is the first time it has actually come to fruition for a vaccine."

According to the CDC, researchers have been studying and working with mRNA vaccines for decades.

They can be developed in a lab using readily available materials, which means the development process can be faster than traditional methods of creating a vaccine.

"Future mRNA vaccine technology may allow for one vaccine to provide protection for multiple diseases, thus decreasing the number of shots needed for protection against common vaccine-preventable diseases," the CDC says on their website.

More traditional vaccines often use a weakened or dead version of a virus, or a laboratory-generated protein.

mRNA contains instructions that tell your cells to create a protein that triggers an immune response to the spike protein on the surface of the coronavirus.

Pfizer and Moderna also both have more than a 90 percent efficacy rate in their trials.

"You can't ask for better than that and they both appear to be safe and well tolerated," says Hoffman.

Back in November, Stephens told 13WMAZ that's better than some of our flu vaccines.

Pfizer's second dose is given 21 days after the first dose and Moderna's is given 28 days after.

Both vaccines also have similar side effects:

The difference is the Moderna vaccine's side effects were found to be more common after the second dose.

Pfizer's vaccine was authorized for people ages 16 and up. Moderna is still seeking authorization for people 18 and older.

As for the differences between the two, Hoffman says she can only pinpoint one main difference.

"The Moderna one is a little bit easier to store. It has to be stored at, I believe, negative 28 degrees Celsius rather than the negative 80 that the Pfizer vaccine needs. That is the only substantial difference that I see."

Hoffman says to her, it doesn't really matter if you get the Pfizer or the Moderna vaccine, as long as your second dose is the same brand as your first.

She says she will get the first one that is available to her, which would most likely be Pfizer's later this week or early next week.