Trump Jr. made a visit just a week after President Donald Trump made a campaign stop in Macon last Friday 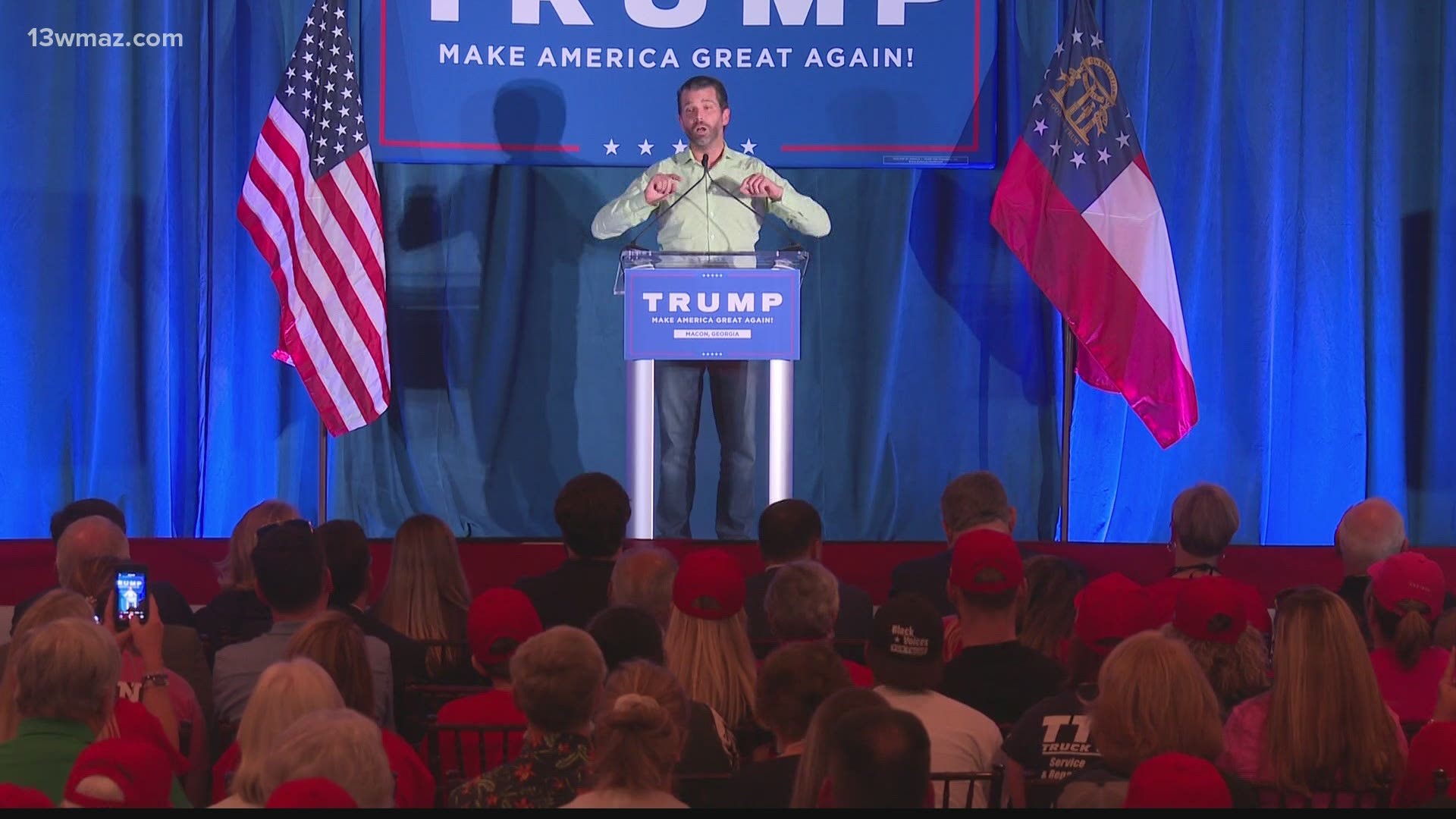 MACON, Ga. — We are 11 days from the 2020 election and both presidential campaigns made stops in Georgia.

This is the second time the Trump campaign has made a stop in Macon in just the last week.

Last Friday, President Donald Trump was here for a rally. Friday, his son was at the Emerson Ballroom, speaking to a crowd just days away from the election.

Donald Trump Jr. spoke for around 30 minutes to a room of at around 200 supporters on a slew of topics surrounding the election, starting with the debate Thursday night.

"You're all talk," Trump Jr. said talking about Joe Biden. "My father nailed that last night."

"[Joe Biden] would be looking over here, at a teleprompter, and 'I, Joe Biden, after 50 years of failure in D.C. is finally going to do something for you--pause for applause,'" Trump Jr. said mocking Biden. "He's like the Ron Burgundy of politics."

He got the crowd riled up by taking took some swings at Biden's son, Hunter, as well as prominent Democrat leaders.

"You're seeing what Nancy Pelosi is doing in control of the House...'You must do this, you must wear a mask,'" Trump Jr. said, but his main message was pushing Trump supporters to show up at the polls.

Supporters say they showed up at the event to learn more about Trump's policies and to get fired up about the election. Many say they were shocked that the Trump campaign made a second stop just days apart.

"Actually, I was, but also it was in response to the rally last week. I think there was such a great response, you can tell President Trump had a great time with us so I'm not surprised they're back," said Cherokee Henry.

Many of the supporters at the rally say they attended both campaign events in the last week. Calvin Palmer and Mary Ann Luckett say neither of the events disappointed them.

"It was a fantastic speech. I think he's a great representative for his father," Palmer said.

"The energy is fantastic. like they're just vibrant. They're the leaders for us. They're there for us... for the first time in God knows how long," said Mary Ann Luckett.