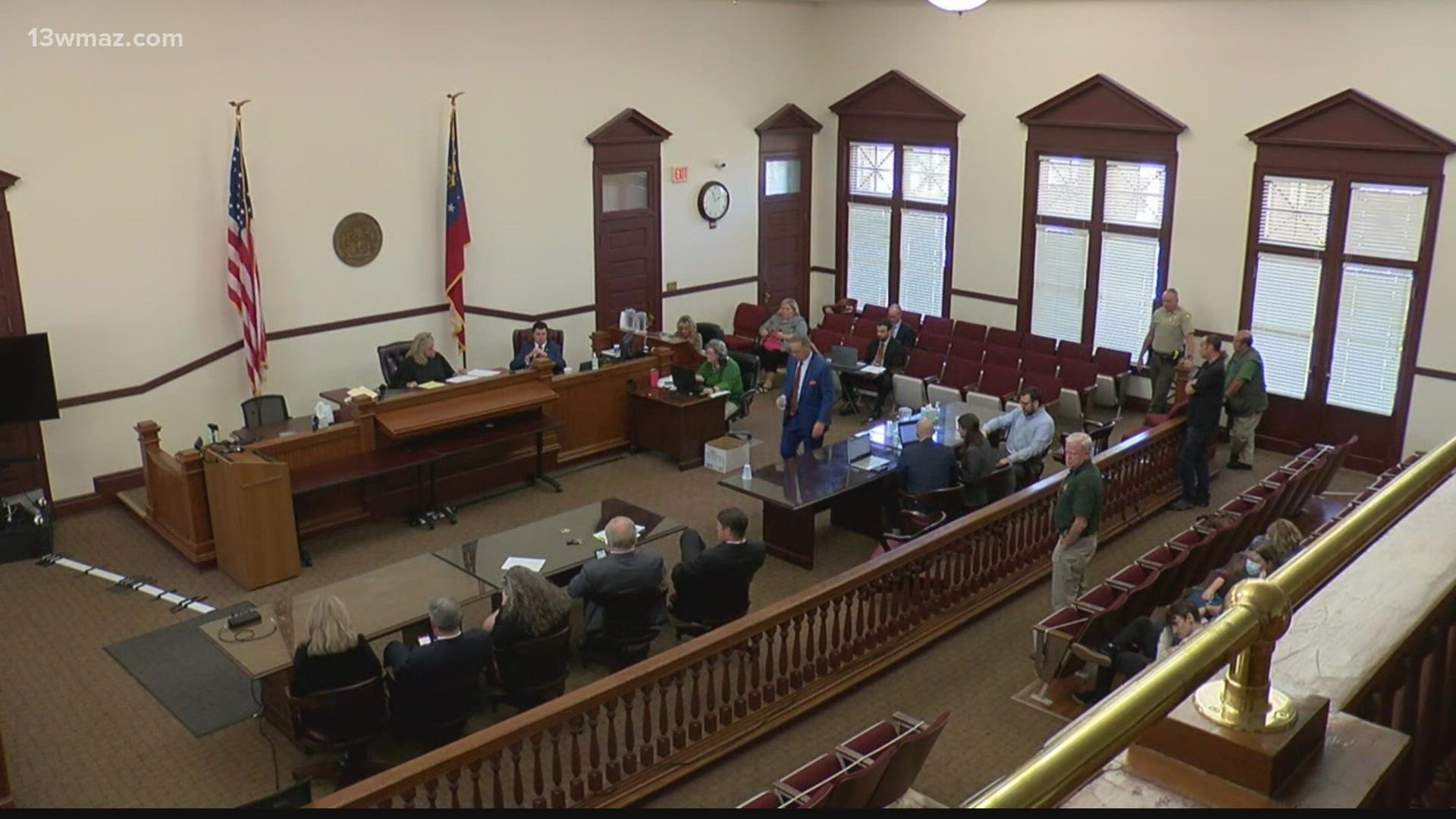 EATONTON, Ga. — For the second time in the last week, jurors have decided the fate of Donnie Rowe -- this time in the sentencing phase of his trial.

The jury could not come to a unanimous decision about the death penalty after deliberating for several hours across Tuesday night and Wednesday morning.

As a result, he was sentenced to life without parole.

Rowe was convicted Thursday with the murders of Georgia corrections officers Curtis Billue and Christopher Monica. They’re the two officers who were killed on a prison transport bus in Putnam County in summer 2017.

The trial for Ricky Dubose, the other inmate accused in their deaths, is slated for May 2022.

This is developing story and will be updated.

The jury’s verdict came after several days of testimony from the prosecution and defense.

Prosecutors called up around 40 witnesses in sentencing to highlight Rowe’s lifetime of crime, starting with a man he held at knifepoint in a robbery in 1996.

The defense sought to get Rowe moved to a maximum-security prison to serve a sentence of life without parole -- Rowe was already in prison on a life sentence without parole at the time of the murders.

They argued he grew up in a family surrounded by bullying, abuse, and substance abuse. They called up several family members, like cousins and siblings, to describe the abuse he suffered at the hands of his stepfather and uncle.

'He shot at my face': Witnesses relive frightening moments with Donnie Rowe prior to 2017 bus killings