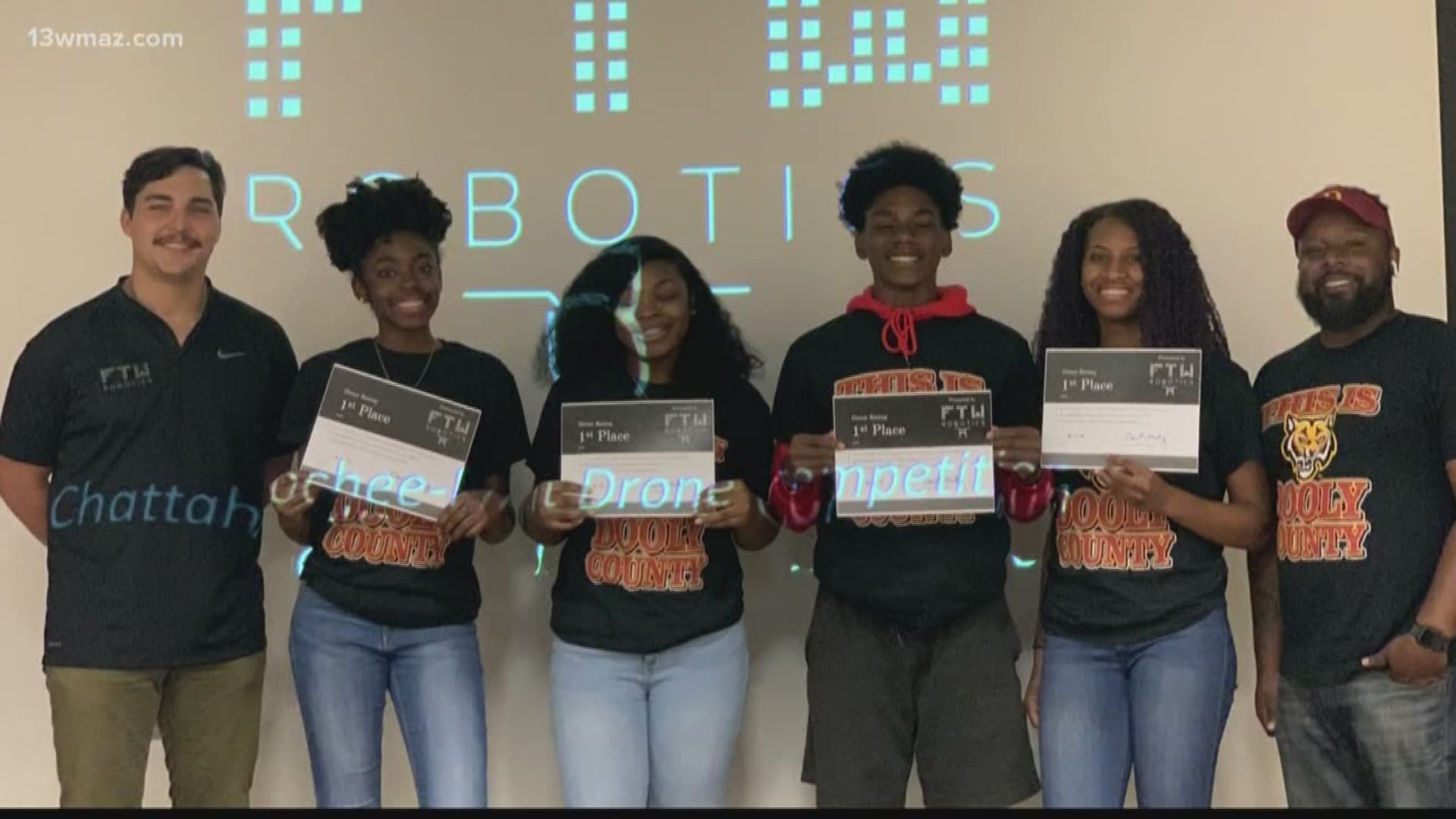 "My teacher, Mr. Jelks, he sat me down one day and he started talking to me about the drone team and all the opportunities we could have, and that's what made me want to join it," Murphy said.

Before long, he was ready for takeoff.

"These kids need to have access to different types of technology like drones and see that there's more out there than just right here in this rural area of Vienna," Jelks said.

"We used the drones to put the intro together for our Bobcat Nation news show," Jelks said.

Jayla Smith and Jadaya Lucas are part of the school's first drone team which competed in a west Georgia regional competition.

"Our team placed first in the racing event, so we had, like, obstacles that you had to drive the drones through and we came in first in that and we were really proud of ourselves cause it was the first competition," Smith said.

They'll learn how to build drones for their next competition. Murphy says their skills are anything but beginner's luck.

"The drone team has many more wins coming and we're headed to the top," Murphy said.