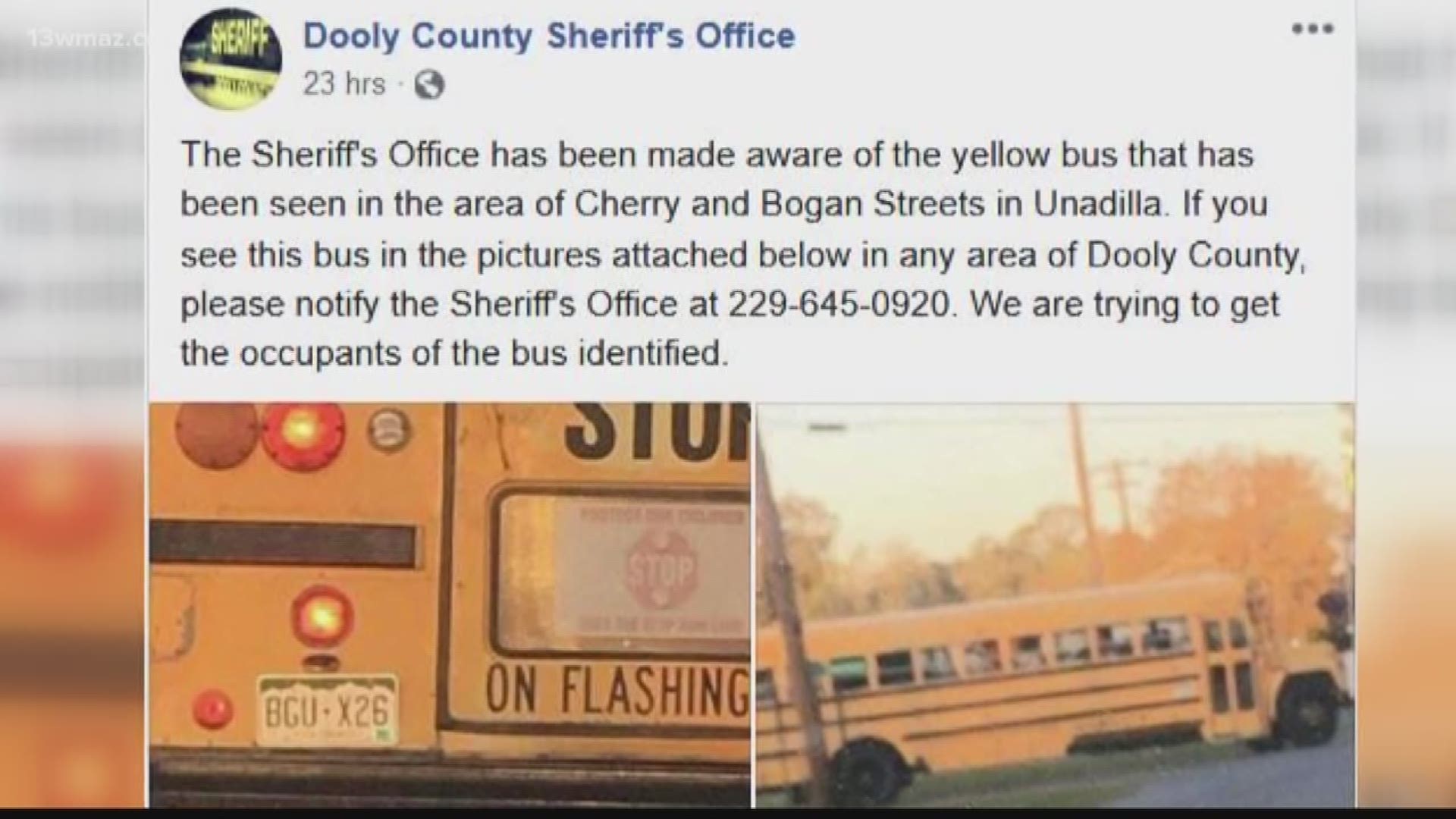 DOOLY COUNTY, Ga. — Mary Howard is the general manager of the '57 Diner in Unadilla.

She works right down the street from where people saw an unmarked bus driving around.

"It just looks like a regular school bus, but the local schools around here is like Dooly County, Fullington, and Pulaski County. There's no markings of which county it belongs to," Howard said.

People sent these pictures into the Dooly County Sheriff's Office.

"We've identified the owner is living in another state and is not in Colorado and it's not in Georgia," he said.

People living in this area saw the school bus driving along Bogan and Cherry Street.

"A couple kids was thinking it was their bus to ride to school that morning was in the area and appeared to be stopping. The kids actually went towards the bus and realized it was not their bus and turned around and went back," Lamberth said.

They've wondered whether it's owned by a company, but Lamberth says there are laws about converting school buses.

"In the state, people that bought buses for their private use had to change the color of them. They could no longer keep them as a yellow bus because that's what they represented, was a school bus," he said.

He says for now, they have no reason to believe there's any criminal activity going on.

"Best believe if I see that school bus, I'm calling somebody. We are going to get them caught. I can't deal with a child being in danger like that," Howard said.

The Dooly County School District is aware of the bus.

Superintendent Craig Lockhart sent a statement thanking law enforcement for their attempts to find the owners.

If anyone has information on the bus or its owners, call the Dooly County Sheriff's Office at 229-645-0920.