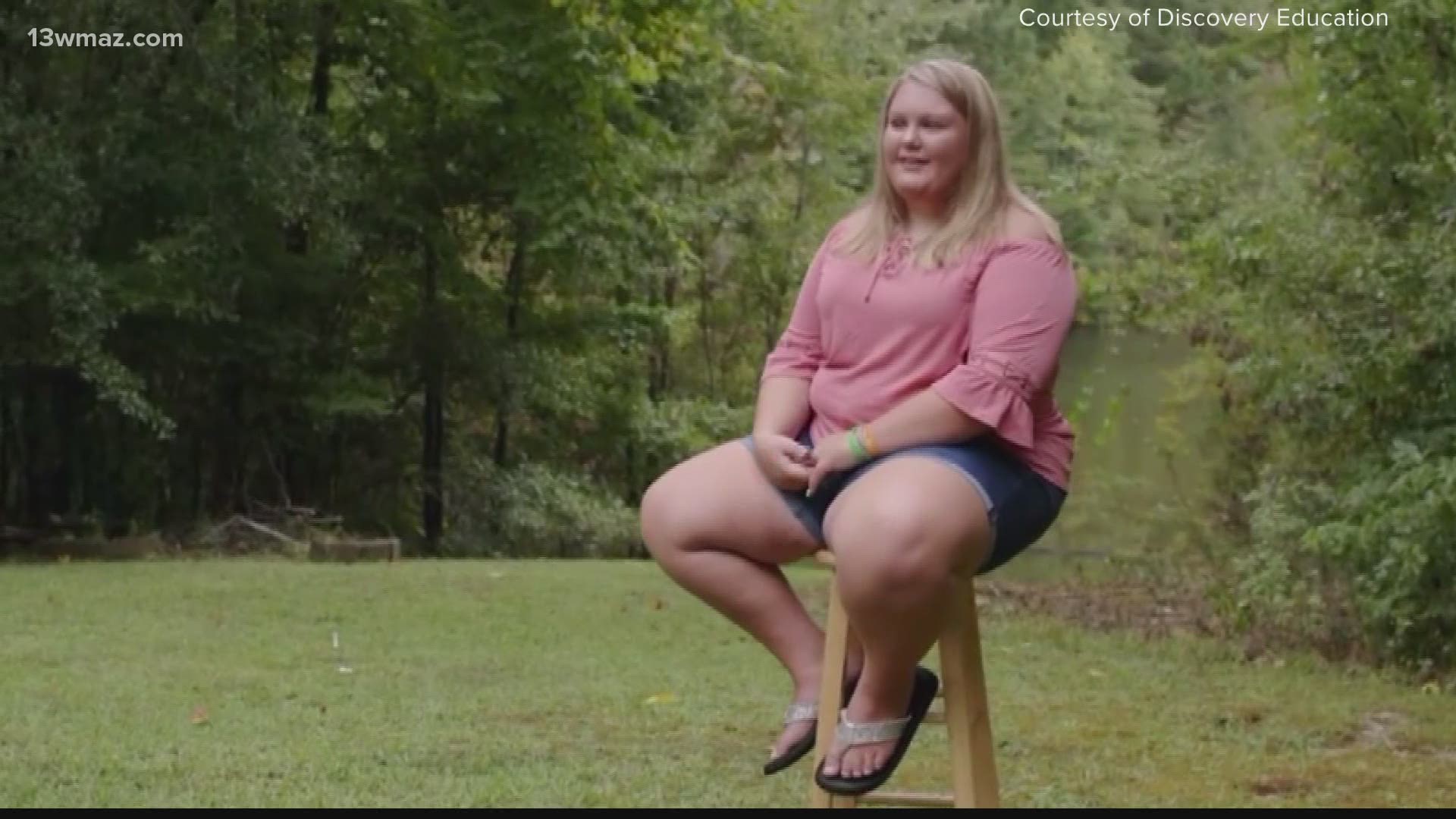 MILLEDGEVILLE, Ga. — Ask any teenager and they’ll tell you that other kids can be cruel, but Dove and the Discovery Channel have teamed up to take students on a ‘Body Confidence Field Trip.’

One Milledgeville teen has the courage to share her own story.

Intelligent, awesome and amazing are the three words that Kaitlyn Teague’s mother uses to describe her. Kaitlyn says that she didn’t see that in herself because she was a victim of bullying for years.

"It happened 3rd, 4th, 5th grade...and then there were a couple of people in sixth grade. Sixth grade was the easiest year as far as bullying because I only had a couple people say things to me,” she recalled.

She says she was bullied for her weight.

"I wasn't your typical third grader. I was always bigger and taller than almost everyone, including the boys,” said Teague.

Her mother Joelle says watching her child go through that was heartbreaking.

“She didn’t see what her teachers saw and what adults see, and it was tough not being able to fix it for her,” said Joelle.

Now, Kaitlyn is 14-years-old and more confident than she’s ever been.

The Dove Self-Esteem Project and Discovery Education partnered up to bring ‘Amazing Me’ to classrooms around the world. It’s a virtual field trip that promotes body positivity.

Kaitlyn was selected to share her story and now she’s sending a strong message to kids around the world.

“As long as you’re healthy and happy with yourself, you should be body positive. Society portrays a certain image of body positivity when in all reality, not everyone can look that way,” she said.

“She had the courage, the poise and the grace to air it all out in front of everybody and own it and own how she made herself better,” said her mother.

Joelle says she couldn’t be prouder of her daughter, and Kaitlyn says she wants to keep encouraging people who are feeling the way she did.

“See yourself in the light that you want to see yourself; not how someone else feels you should see yourself,” said Teague.

She adds that she’s grateful she was able to tell her story through the project.

Instagram to limit who can see posts on weight loss products, cosmetic procedures