Georgia Power reports that all power is back on. 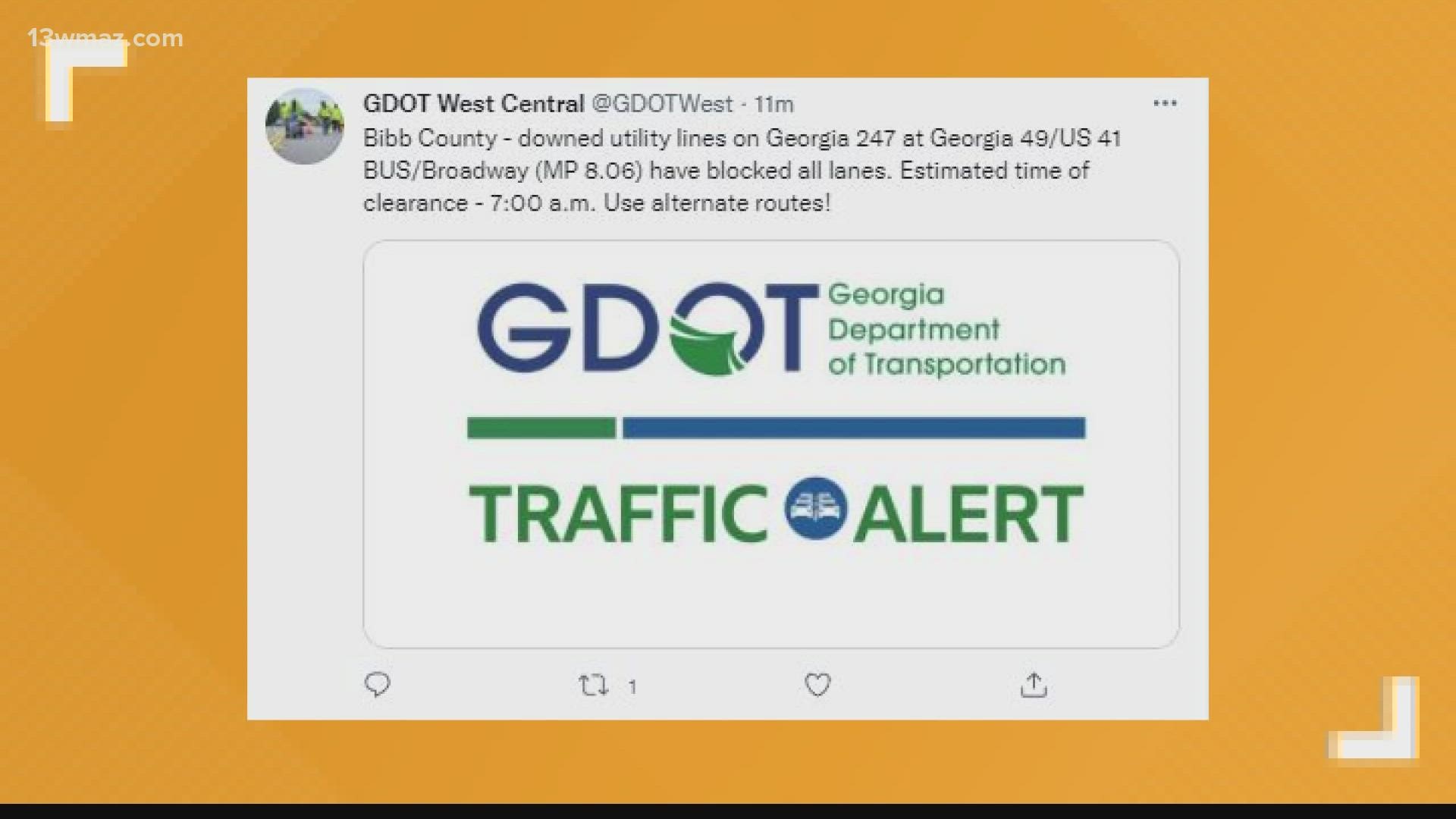 BIBB COUNTY, Ga. — Downed utility lines on Georgia 247 at US 41 Broadway in Macon has blocked all lanes of traffic.

That major intersection is right in the middle of the major commuter route between Macon and Robins Air Force Base.

According to GDOT West Central, the estimated time of clearance is 7 a.m. Friday morning, but that's just an estimate and could change.

Homes and businesses went without power for a few hours, according to Georgia Power. Now, they report all power is back on.

You can find outage and ERT updates on their website.

Did you see the fireball? Central Georgians spot SpaceX craft in night sky