Losing the fair in 2020 showed what an impact it has on the community and how many people rely on it for their livelihood. 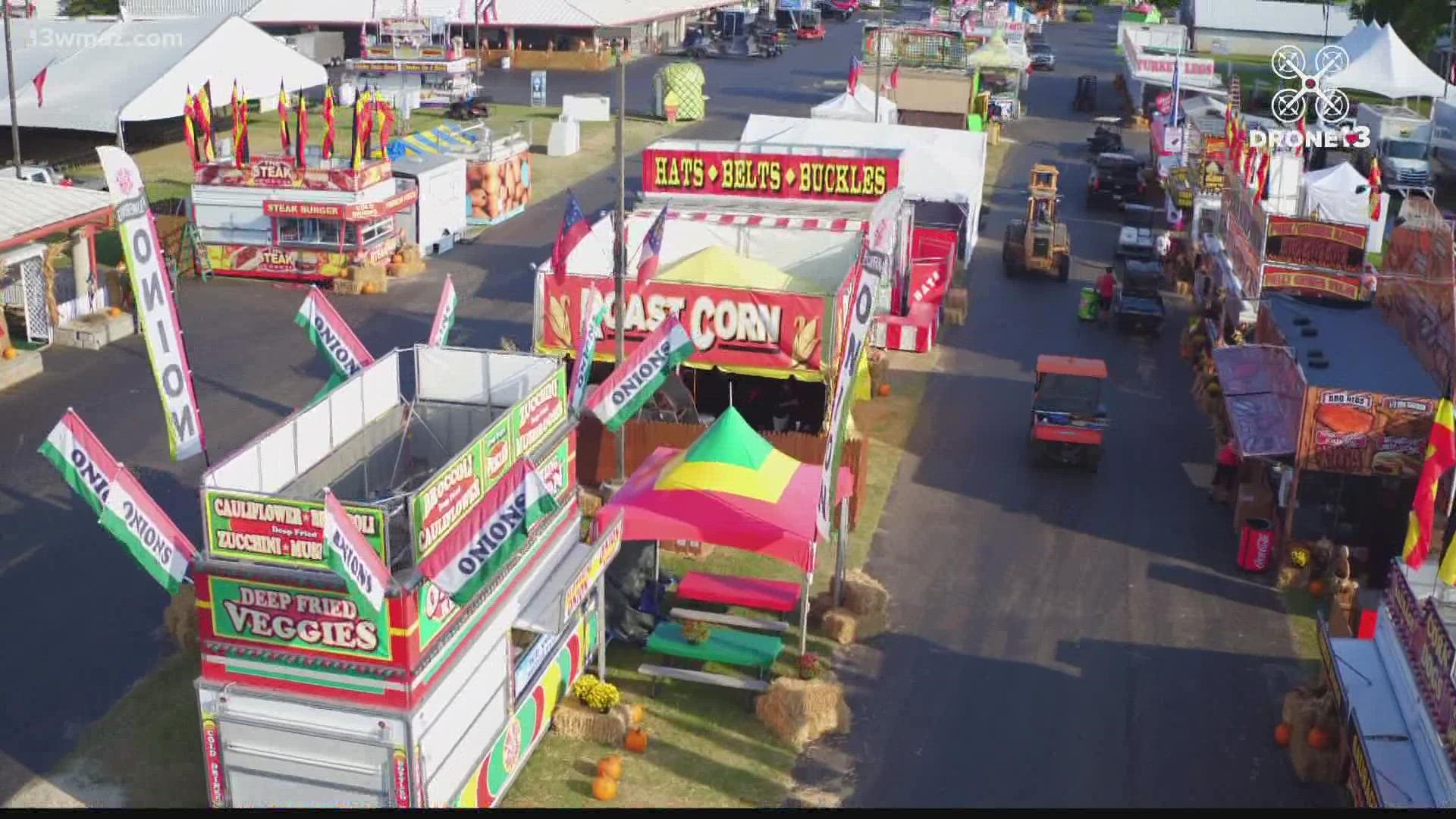 PERRY, Ga. — The Georgia National Fair does more than bring the fun; it helps fuel a local economy and those who run small businesses.

Losing the fair in 2020 showed what an impact it has on the community and how many people rely on it for their livelihood.

Hamsley, the president of Visit Perry, says the city usually brings in thousands of dollars in tax revenue during the fair, and not having it created a financial loss.

"It took a toll on our hotels, campgrounds, RV grounds in the area, which that hotel-motel tax contributes to Visit Perry and how we're funded, so it took a toll on us and the city because they get some of that tax money as well,” said Hamsley.

While some businesses shut down during the pandemic, others like 'Morning by Morning' were just getting started. Cody Walker manages operations at the downtown Perry coffee shop.

He says they were looking forward to their first fair experience.

“We opened right around the time everything shut down last year, so we did not get to experience the fair crowd or anything like that. We’re looking forward to that this year,” said Walker.

He says seeing people return to the fairgrounds sparks an increase in business.

The fair brings in about $48 million for the state alone, and some of that trickles down to small businesses in the heart of downtown, like 'Sugarplum.'

"Whenever the fair is in town, if anything, it brings a lot of foot traffic. We as a whole do notice an increase in sales naturally because of the foot traffic. I can only be hopeful because a strong, healthy national economy starts with a strong local economy," said manager Caroline Rowland.

Hamsley says pandemic setbacks aside, they expect to see a lot of people at the fair this year.

"It's kind of hard to beat years in the past, but I think if it's not going to live up to those standards or be better, I think a lot of people are ready for a bit of normalcy now," she Hamsley.

With last year's cancellation, the Georgia National Fair's CFO says there was a loss of $5 million in revenue. At least 66 events were canceled between March 2020 and April 2021.