Drone 13 shows off the charm of downtown Perry

Perry was once a major stagecoach stop and locals say that established a habit of handing out southern hospitality to visitors. 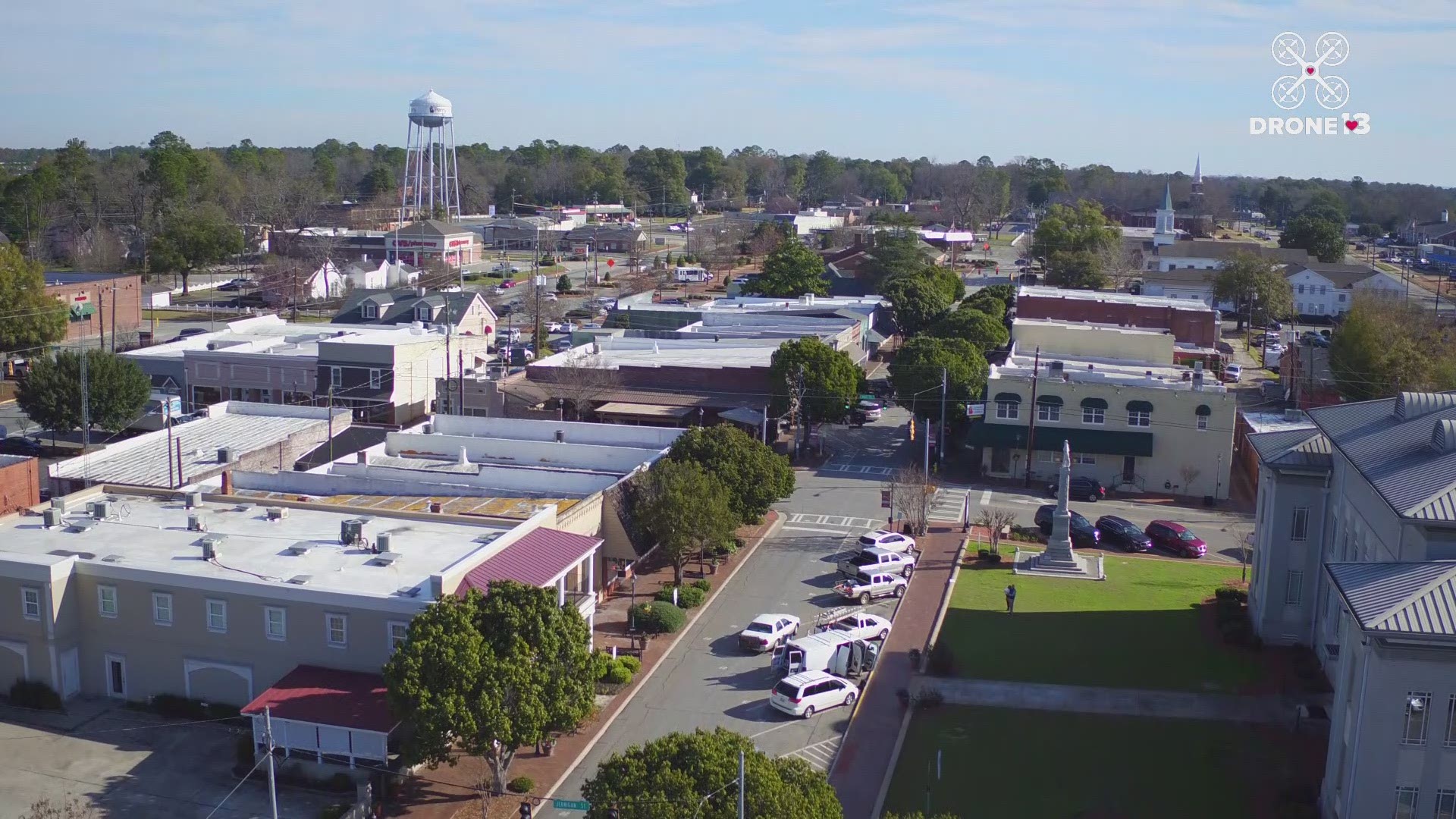 PERRY, Ga. — For many people, the first thing that comes to mind in Perry, Georgia is the Georgia National Fairgrounds and Agricenter, or for travelers headed to Florida maybe one of the restaurants along the interstate.

People who live there say you shouldn't forget about their downtown either. The town is enjoying a revitalization and features a number of cute shops and restaurants that you can see in the view from Drone 13.

The town bills itself as "The Crossroads of Georgia". For many years it was a major north-south stop on stagecoach routes. The locals say that means they have a long history of welcoming visitors with open arms, while handing out plenty of Southern hospitality.

The city sits in the center of the convergence of I-75, U.S. 41, and U.S. 341 so even as travel moved from stagecoach, to rail, to the highway, Perry has remained a popular stop-off.

Beginning in 1925, the New Perry Hotel was a favorite spot for visitors to spend the night or grab a meal. Fans included former Georgia Governor and U.S. President Jimmy Carter's mother Lillian. It's not open right now, but our Drone 13 crew shows it's still a centerpiece of downtown, along with the old Houston County Courthouse building that sits right across the street.

The courthouse was built in the late 1940s, and the "Stripped Classical Style" lacks a lot of the charm of some of the area's Victorian and Classic Revival courthouses. It was replaced with a large brick complex that sits on the edge of the city limits in the early 2000s.

While Warner Robins is the larger city in Houston County, it wasn't founded until the 1940s as it grew around what would become Robins Air Force Base. According to the New Georgia Encyclopedia, Perry was incorporated back in December 1824, and remains the county seat.

That history means you'll find a variety of architecture that adds to the beauty of downtown. You can check out the charm for yourself, with a short drive off the interstate.

Do you have a place in Central Georgia you think we should fly Drone 13 next? You can send your ideas to us at news@13wmaz.com

Check out this aerial view of the 2019 Georgia National Fair