Legionnaires' disease is a serious type of pneumonia caused by bacteria known as legionella. 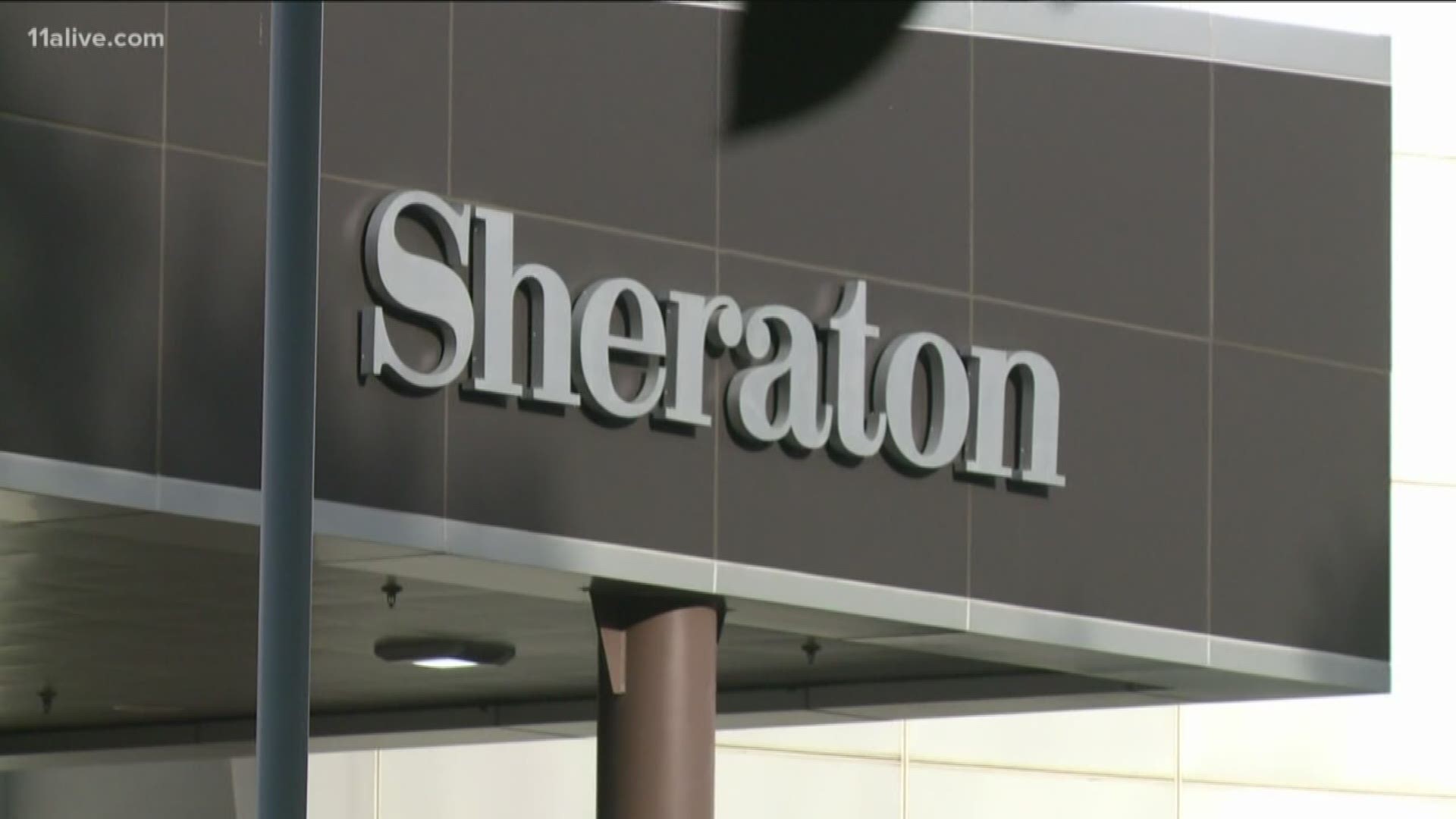 ATLANTA — The Georgia Department of Public Health has released new information related to the legionella outbreak linked to the Sheraton Atlanta.

Last week, health officials said there were 11 confirmed cases of Legionnaires' disease from individuals who stayed at or visited the hotel during part of June and July.

Now, the health department said there are also 55 probable cases related to this outbreak. Probable cases are defined as people who had illness consistent with Legionnaires’ disease, including pneumonia diagnosed by a clinician or chest X-ray, but without laboratory confirmation.

Legionnaires' disease is a serious type of pneumonia caused by bacteria known as legionella.

According to the Centers for Disease Control and Prevention, Legionnaires' disease can cause pneumonia symptoms including cough, shortness of breath, muscle aches, headache and fever.

RELATED: What is Legionnaires' disease

People can catch the disease by inhaling the bacteria in a public place. It can't be passed by skin from person to person.

About two weeks ago, health officials confirmed the first cases of the illness. Since then, DPH and the Fulton County Board of Health have been reviewing hundreds of survey responses from people who were at the hotel between June 12 and July 15.

They are using the surveys to help identify people who might have fell ill and compare the activities of those who became sick and people who did not.Health officials are hoping this helps them narrow down the source of the illness.

DPH said the first set of samplers were collected on July 19 and more samples are being collected Monday. Testing environmental samples takes up to 14 days, and results are pending.

The hotel voluntarily closed on July 15 and is still closed. There have been no reported deaths due to Legionnaires’ disease among hotel guests.

Lil Nas X sets new Billboard record for most weeks at No.1

He said he was walking home in Piedmont Park. That's when he was choked and stabbed.