One by one, dozens of bikers showed their support for Ashley Gorton on her last day of 6th grade 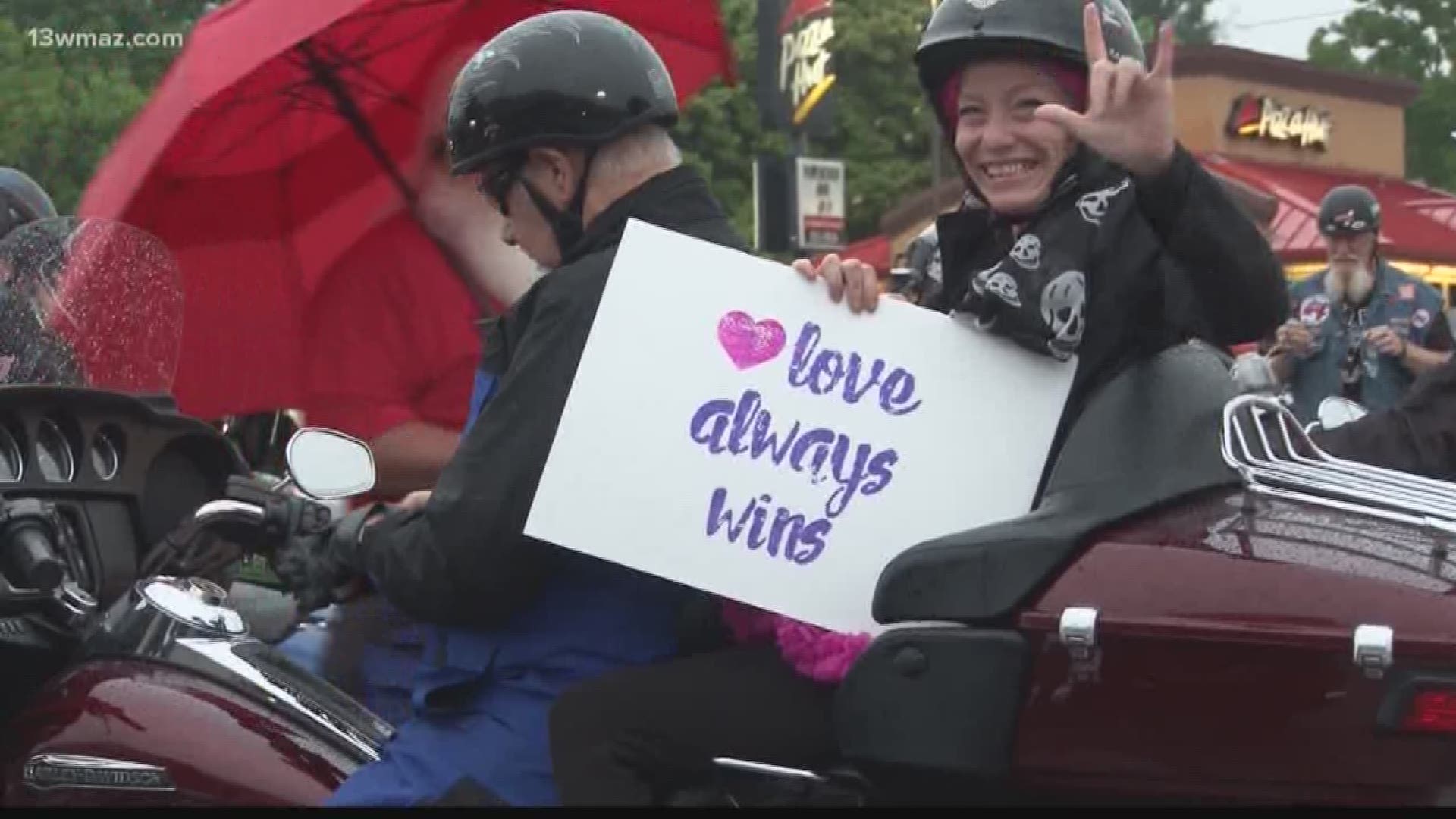 Dozens of bikers in Warner Robins gave a new friend a ride to school -- all to take a stand against bullying.

WMAZ spoke the Gorton family, which organized the bike ride to support and encourage their 11-year-old daughter, Ashley.

“We got a few friends together so we can bring her to school to show her that we love and support her,” said Todd Gorton, her father.

It's a special bike ride for his daughter Ashley.

“It makes me feel happy to know that I have people on my side,” said Ashley.

“Ashley was diagnosed with ADHD and Asperger’s in the first grade,” said Todd.

Because Ashley has some challenges, she says sometimes it's hard for to make new friends.

“Sometimes I don't want to go to school,” said Ashley.

Her parents, Todd and Amy say Ashley has been teased and bullied at school for years.

“It's like the kids can't see past all of that and it saddens us. It really does,” said Amy.

But for her last day of sixth grade, dozens of bikers showed her that she does have support.

One by one they drove her to school in style.

Ashley knows she's not alone and knows kids around the world have struggles like she does.

“Even if you're being bullied, it’s best to stand up and tell somebody. Even if it’s not super harmful, you still need to tell so then you can stop it,” said Ashley.

She suggests that schools host more anti-bullying assemblies to help kids understand that bullying "is not cool."