The stadium's upgrade from the city of Macon includes irrigation, laser-leveling of the field, and new turf 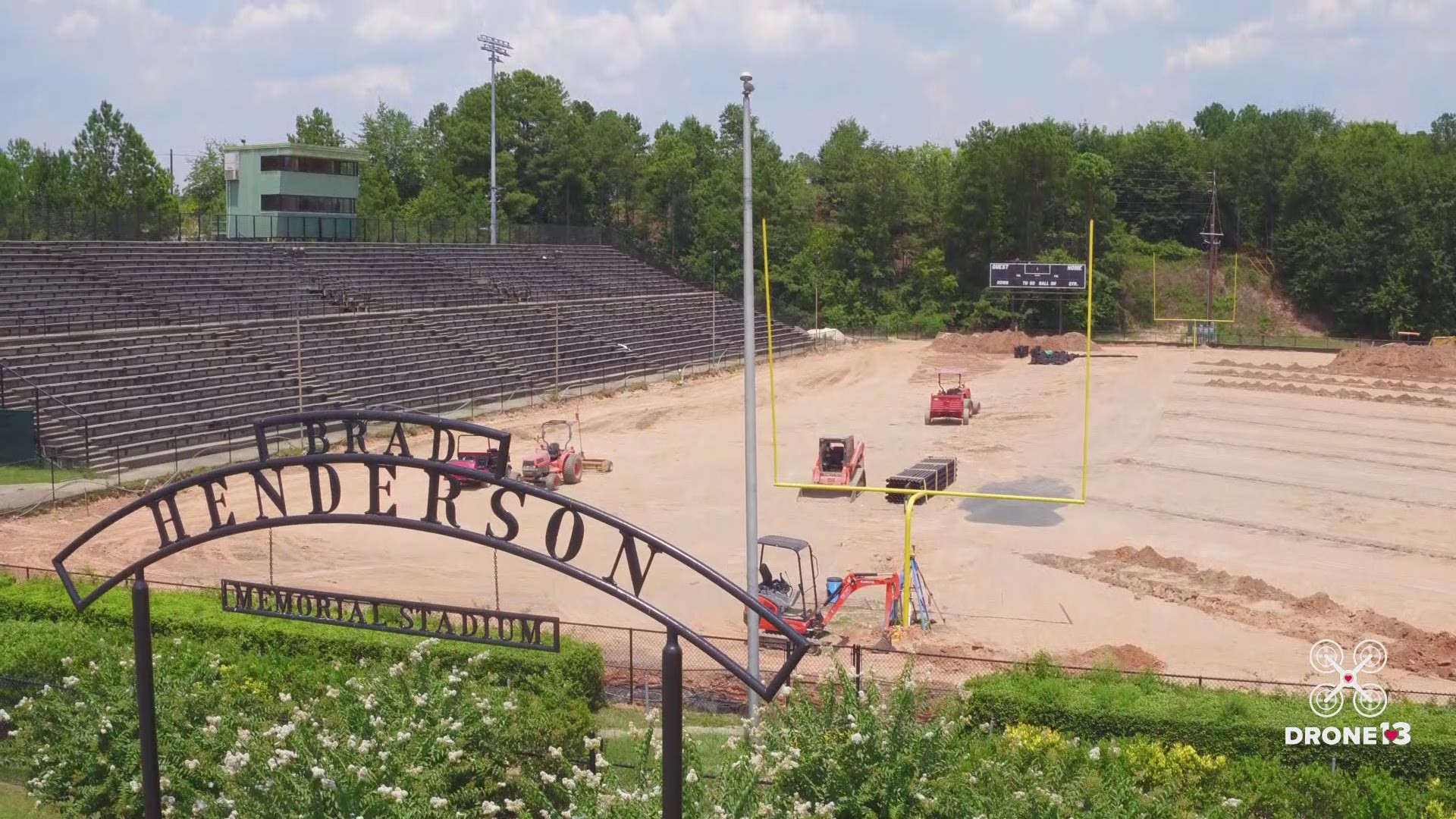 MACON, Ga. — Students are returning to school and that means prep football season is just around the corner.

A quick check of Macon's Henderson Stadium from Drone 13 shows a lot of work left to do. The stadium is going through several upgrades spread across three seasons. Last year included the stands. This year focuses on adding irrigation, laser-leveling the field, and replacing the turf. Next year will focus on concessions, field houses, and the parking lot. Altogether, the price tag is more than $3 million.

As the video shows, there's a lot of work to do, but they've got some extra time. The first game isn't scheduled there until September 20th.

Our Football Friday Night season kicks off on August 23rd!