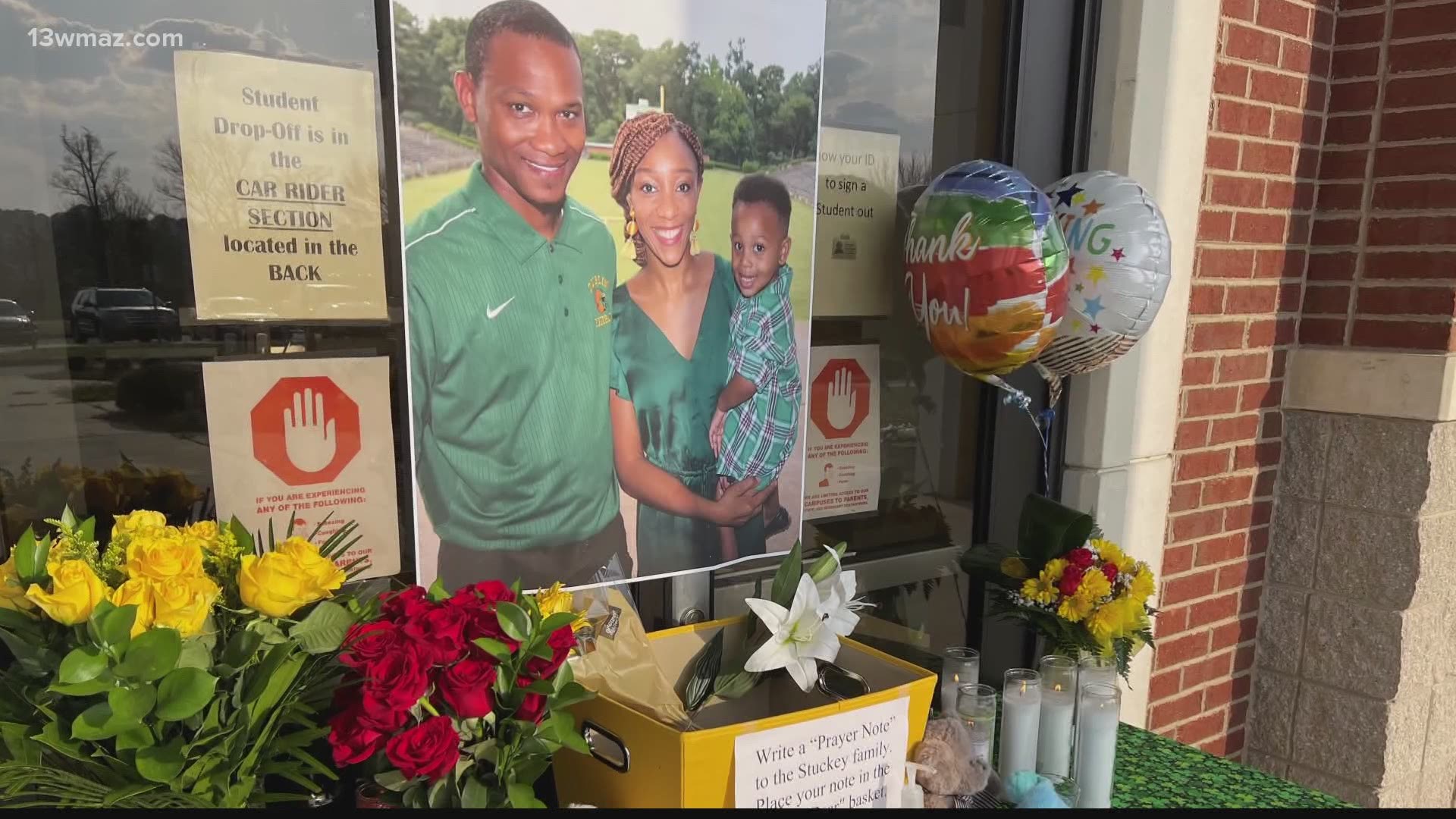 DUBLIN, Ga. — Students and staff at Dublin City Schools are mourning the loss of high school principal Jaroy Stuckey and his family in crash on I-16.

It was somber on campus Monday as word spread about the death of Stuckey, his pregnant wife Elysea, and their son A.J. overnight.

Dublin City Schools communication director Jason Halcombe summed up the feelings of everyone.

“It hits you like a ton of bricks and pretty much that’s what’s been happening today as we watch staff, students, and community members show up here. You have that epiphany and you see that memorial and that beautiful family and you go, ‘My God in Heaven… why?’” said Halcombe.

“My relationship with Dr. Stuckey was a mentor/mentee relationship, also a father and son. I watched him grow up as a young man in elementary school, was able to hire him for his first job with us at the middle school, and just watch his career go forward,” said Williams. “[I] was actually hoping he would have my seat when it was time for me to leave off the scene.”

The district called classes off for the day to mourn the loss.

“It's a big hole to fill, and it's not one that's going to be filled anytime soon,” said Halcombe.

“Dr. Stuckey was a tremendous person, a great family man, a great husband, a father and a Christian, and that's what I'll remember about him,” said Williams.

The school has counseling services available. Students can access those resources through their virtual class system online.

Coroner: Dublin High School principal, wife, and son killed in wreck on I-16