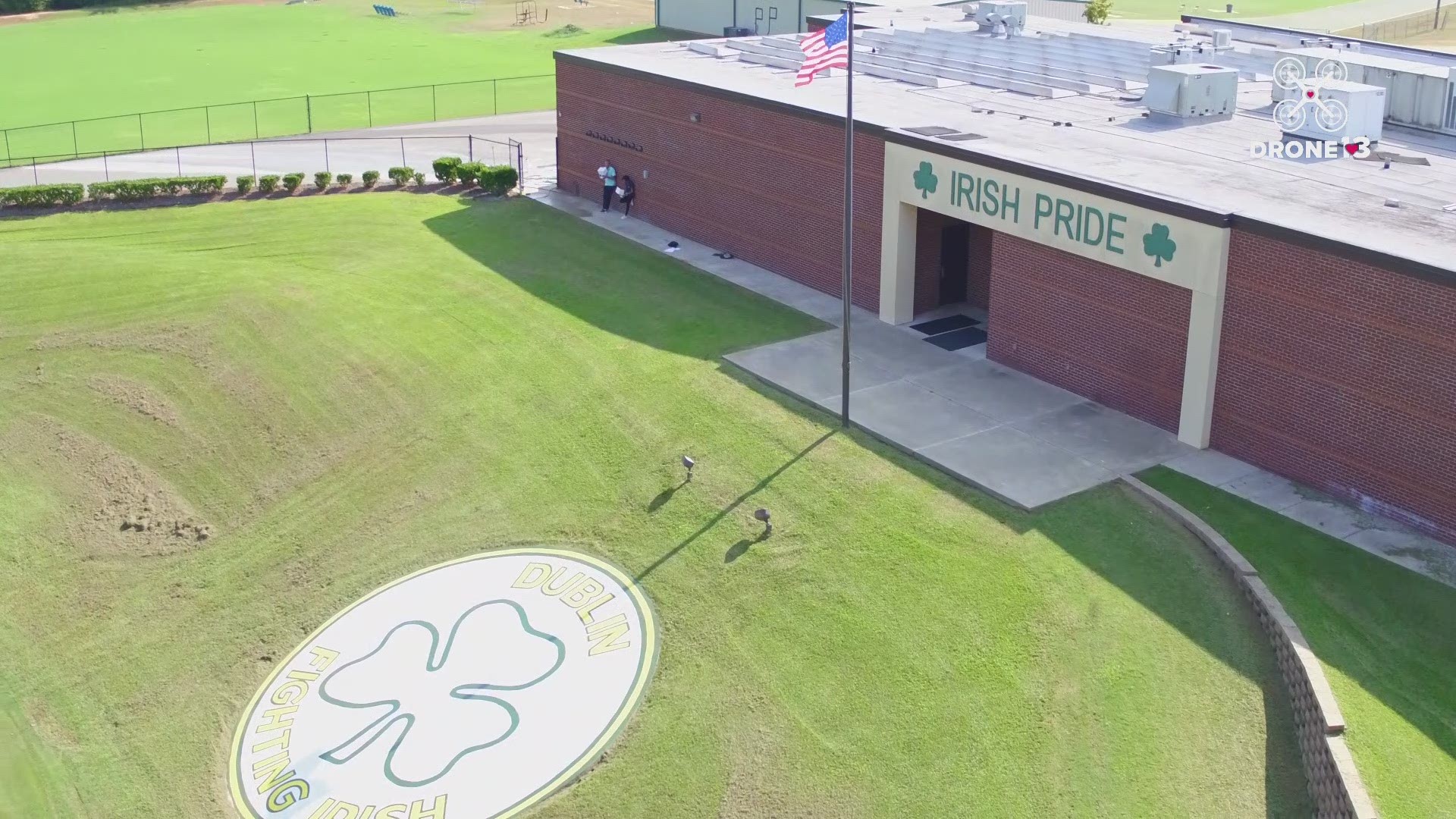 DUBLIN, Ga. — On football Friday nights, Shamrock Bowl is the center of activity in Dublin, Georgia.

The home of the Fighting Irish of Dublin High School was built in the early 1960s. Through the years, it's seen a number of updates, including the recent addition of solar power. People around the city show up by the thousands on Fridays to cheer for the team.

From #Drone13, it's easy to see how the Shamrock Bowl gets its name. The classic bowl-style stadium sits down below a ridge behind Dublin High School. A wide slope adorned with a giant Shamrock logo swoops down into the natural grass field.

This Friday, the stadium is hosting our Tailgate 13 crew ahead of the big match-up with the Bleckley County Royals.

In addition to supporting the team, fans are also supporting mom Windi Hodge, who is getting cancer treatment. Her daughter attends Dublin High and is participating in homecoming.

RELATED: 'I knew that my life was changed forever:' Dublin mom to be honored for breast cancer at football game