Sincere McNear used the money he made from working at Chic-Fil-A to invest in his own clothing business. 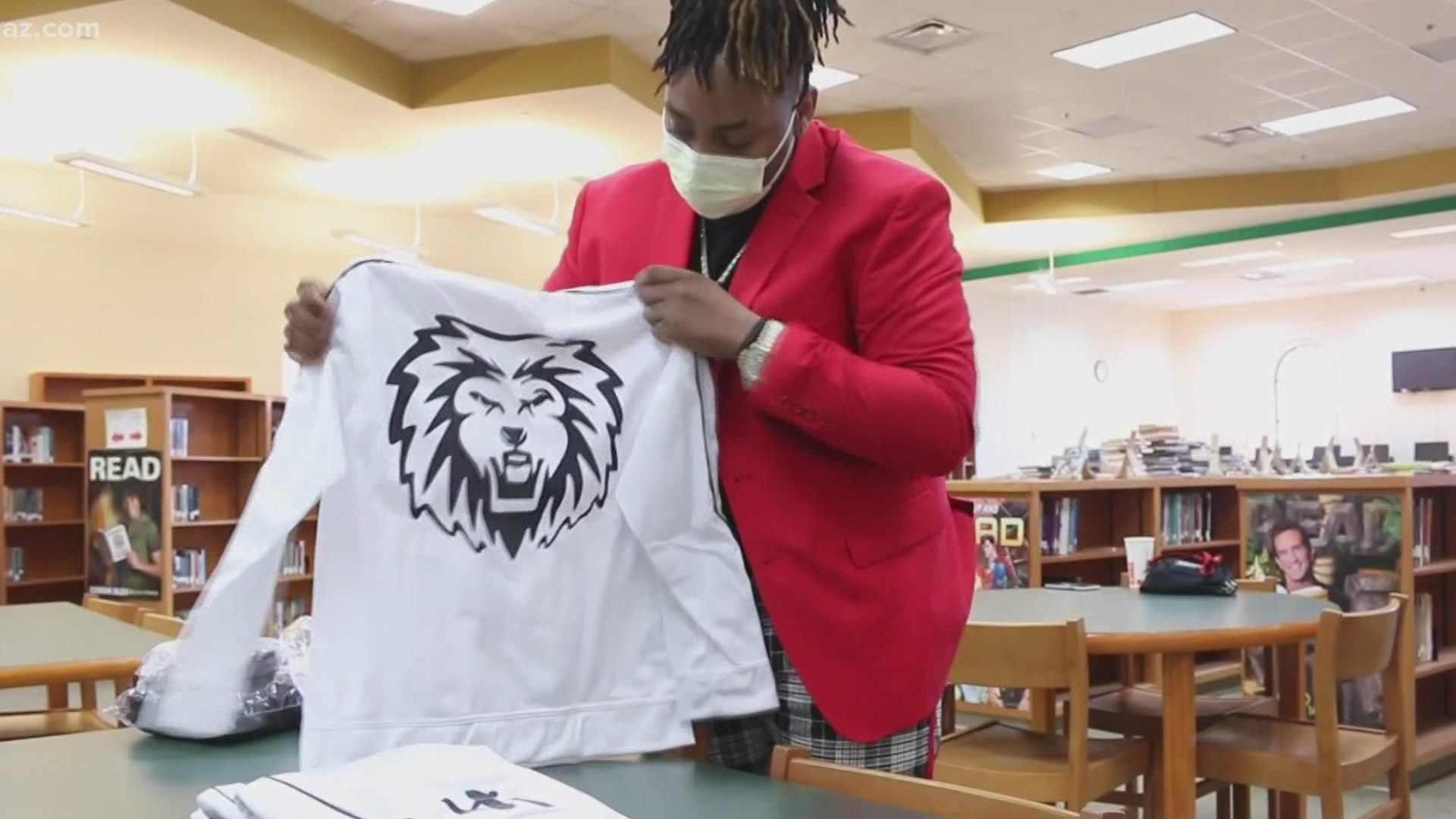 DUBLIN, Ga. — A Dublin student started his own clothing line business and is learning lessons about being an entrepreneur.

"I was on Instagram and I had seen some people doing clothing and at first I thought it was hard, so then I looked into it and once I looked into it, it was easy for me," said McNear.

He invested to register his company, then brought his plans to life by trademarking his lionhead logo and the "Wild Addictions" initials.

"I'm not a person that likes working for others. You know like to be on time and stuff. I like working on my own time," he said. "So when I had looked into like doing stuff, I had found photographers and people who make my website and logos and I invested in that with the money I made from Chick-fil-A."

He gets his materials from overseas. As a young entrepreneur, he's learning all sides of owning a business -- even the not so pretty ones.

"It takes time for it to come over here, because I also pay for shipping costs, and also the clothing and the fabric," he said. "What people don't know is, they try to cheat me out my clothing like, 'Oh, can I get this for such and such?' They don't want to pay the price because they know me in my hometown."

Through his struggles he's received support from his family, friends and his art teacher, Katrina Waters.

"I'm just joyful and blessed to have him as a student and a role model for the rest of the students. He's a good role model. I just think he's going to go far," Waters said.

"God pushed me in this path. I didn't know it was going to come like this. I love to see people in my clothes," McNear said.

He wants to attend Clayton State University to study business. His goal is to own his own clothing store by the time he's 22-years-old.

His line has sweatshirts, sweatpants and track suits for men and women. You can check out the merchandise on the Wild Addictions website.