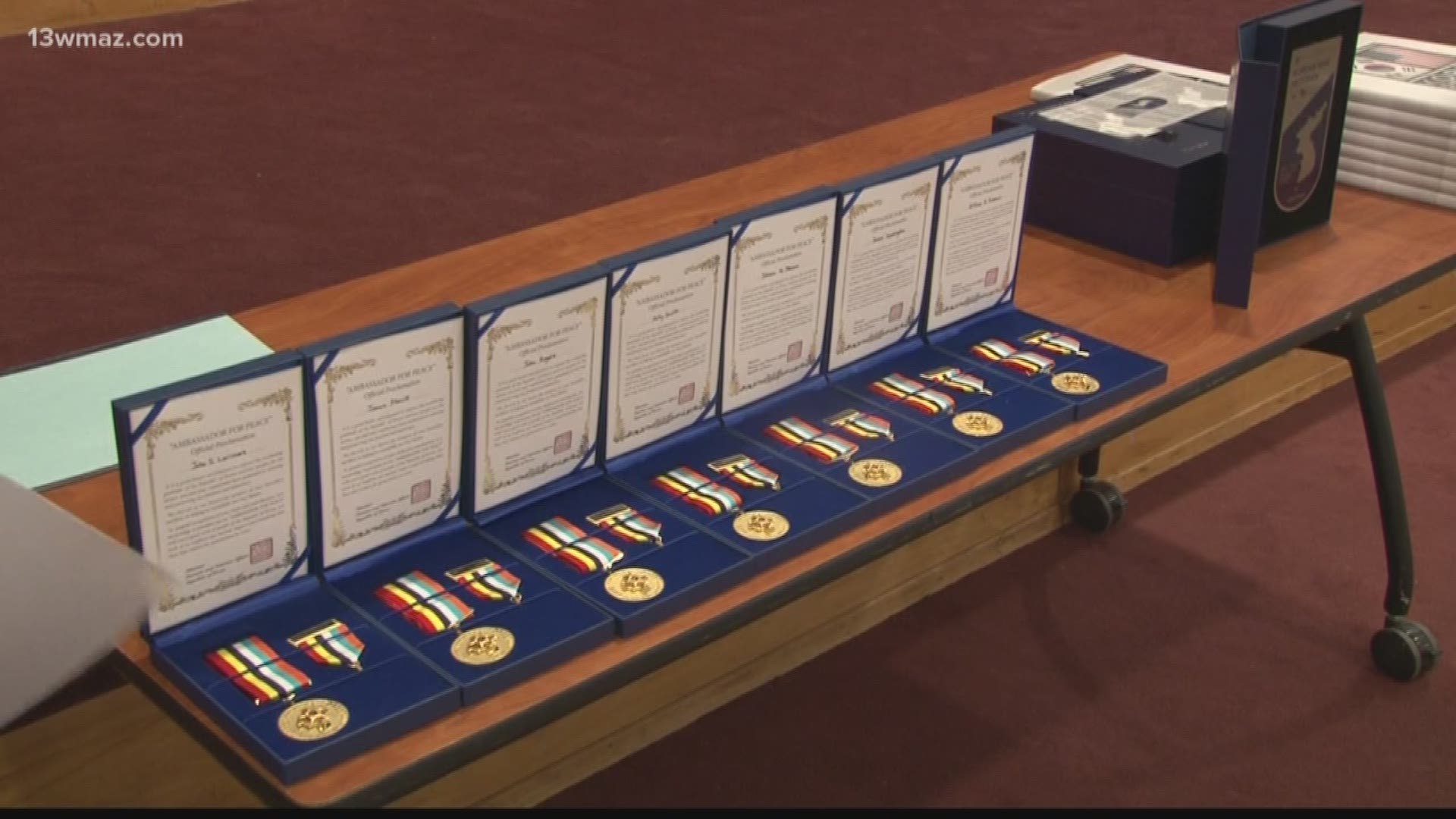 Dublin paid a special tribute to veterans of the Korean War Tuesday. The Carl Vinson VA Medical Center honored seven veterans for their service from "the Forgotten War" more than 60 years ago.

Each service member was awarded the Ambassador of Peace Medal on behalf of the Republic of Korea.

"I've always said, 'Nobody likes to fight, but somebody needs to know how,'" said Freeman.

That's exactly what Freeman did during his time in the military.

"You see these men that have been through the war and have no arms and no legs. It kind of brings tears to my eyes," said Freeman.

"I enjoyed my Army life. It taught me a lot and I have a lot of respect for the military," said Freeman.

Freeman is 90 years old now, and says he's grateful for his experiences and the chance to serve his country.

"I love it dearly and love my flag and I honor it," said Freeman.

RELATED: 'It's important to me as a Prisoner of War:' Veteran on Flag Day ceremony at Dublin VA

RELATED: 91-year-old WWII veteran says he begged his mom to let him join the military

RELATED: 'Once a Marine, always a Marine:' Marshallville man who joined the Marines in 11th grade remembers World War II