GREAT GRADS | Dublin student returns to school after dropping out

Elizabeth Hughes is graduating from Moore Street School in Dublin. She returned to school after facing bullying, a learning disability, and dropping out altogether to work full-time 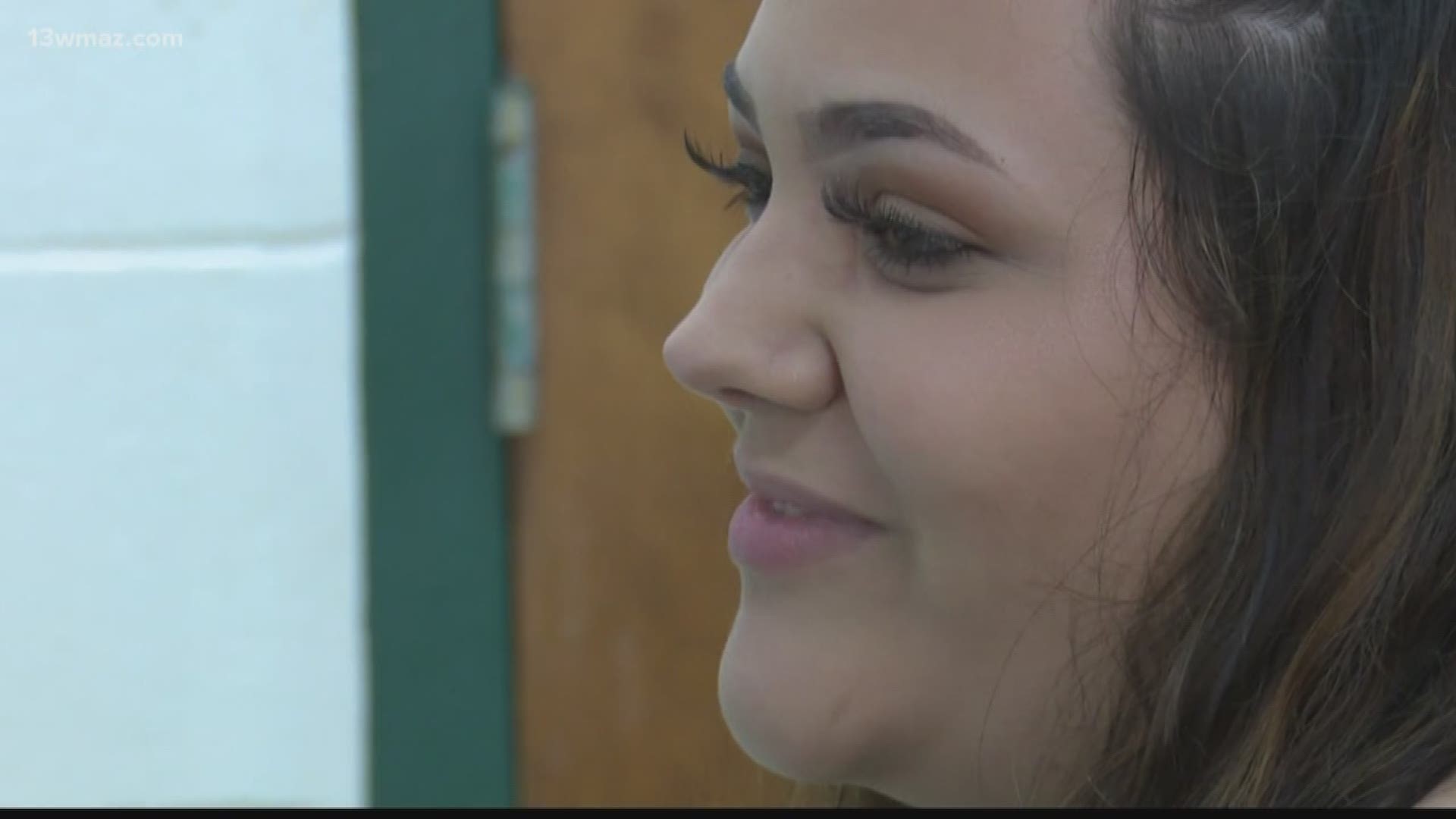 DUBLIN, Ga. — This week, we're highlighting some of Central Georgia's Great Grads. These are students that have faced great struggles, and through hard work, have come out on the other side.

One Dublin City Schools student is becoming the first high school graduate in her family.

On Tuesday, more than 30 students from Moore Street School will fill seats at Dublin High School to start a new chapter of their life, including Elizabeth Hughes. She says her life now has a purpose.

But life threw Hughes a curve ball early on.

"Once you are in the second grade, you start learning how to read, that is when I learned I had dyslexia," Hughes said.

She learned how to power through her learning disability while living with her mom in Henry County, but as she got older, things got harder.

"I just went to a school that was just not for me. I was teased a lot, I was picked on a lot," Hughes said.

As a white student, she says she stood out in a majority-black school.

"I ended up failing fifth grade there," Hughes said.

In a new environment, Hughes started to flourish, but was having different thoughts by her junior year of high school.

"I was like, I don't need school anymore, I can do what I want," Hughes said.

She dropped out and started working full-time.

But Hughes realized she needed a big change if she wanted to graduate.

"Then my dad called me, and said, 'There is a school called Moore Street, and they will get you finished in one year,'" Hughes said.

Hughes moved to Dublin to a new home with a new support system.

"We got a chance to meet her and everything, [she] had a great personality, we got to her to understand there is going to be some hard work, but our plan, you will graduate, you will pass your milestones, and you will have a plan after graduation," Moore Street Principal Brian Howell said.

Howell says Hughes will be the first high school graduate in her family.

Hughes is now starting her next chapter.

"I want to do hair and makeup and nails and everything like that," she said.

She's hoping to add more beauty to the world and make people smile along the way.