'He was an even better family man': Central Georgia officer escorted from Atlanta to Dublin, honored by many 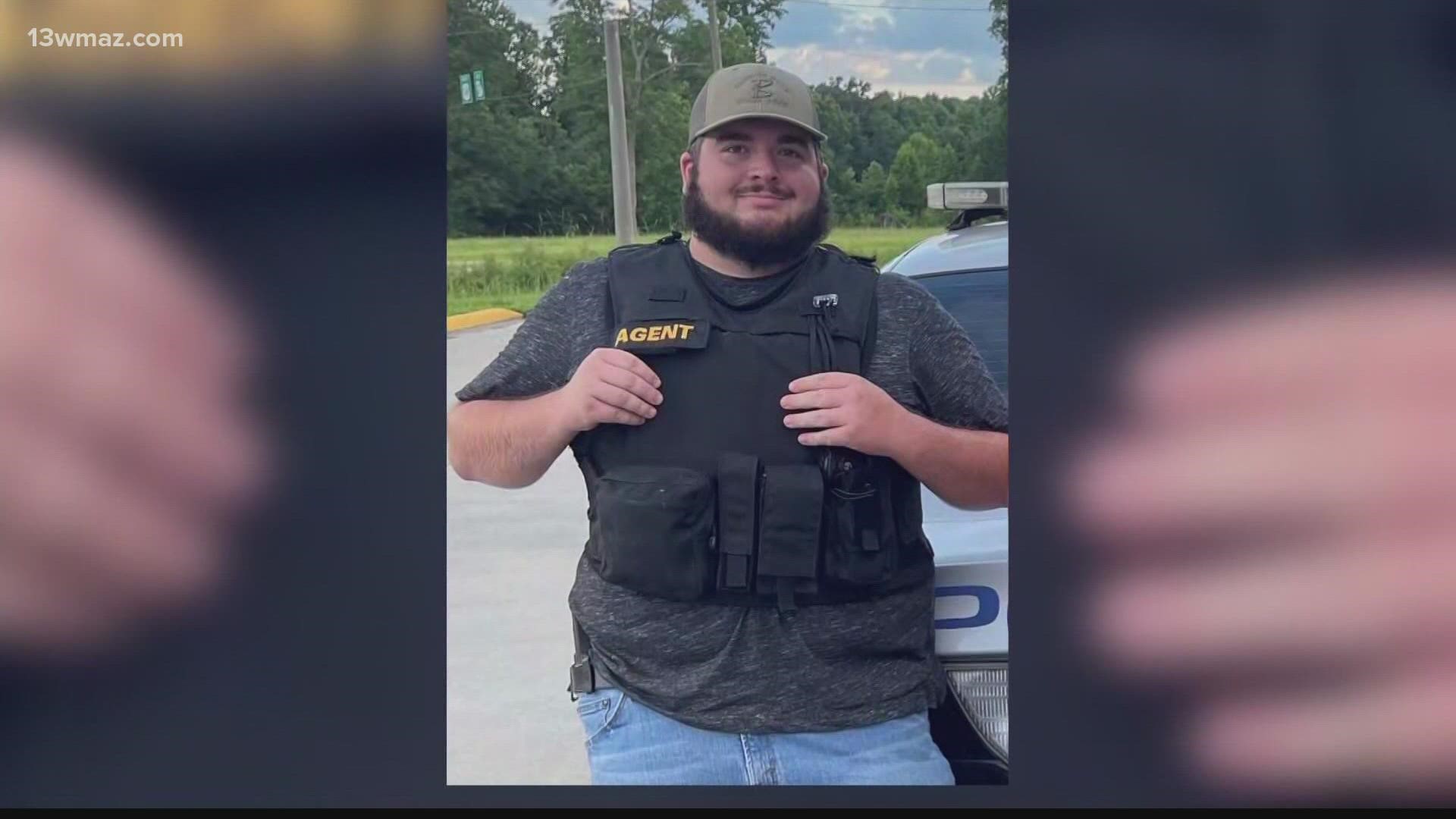 He's the Alamo police office who was shot and killed while on duty early Saturday.

A Wheeler County man is charged with his murder.

We went to Officer Harrison's home town of Dublin and spoke to some of the people who knew him best.

It was an emotional, sad Monday afternoon in Dublin, as dozens of strangers and friends showed up and lined the side of North Jefferson Street in support of Dylan Harrison's family.

"I knew my brother was well-known in what he did, but I had no idea the kind of impact he had left on the community and other law enforcement agencies around the state," David Harrison said.

The outpouring of support makes David Harrison proud to be Dylan's older brother.

"You know, he was good at being an officer, but he was an even better family man," Harrison said.

Dylan leaves behind his wife and their baby boy, Brody.

According to Alamo Chief of Police Karen Zanders, Dylan didn't do anything without making sure his family was OK first.

"All the decisions he made, even to making his schedule for me, was first discussed with his wife with them in mind," Zanders said.

"He absolutely adored his little family. His wife, Heather, is having the absolute hardest time," Kathy Harrison said.

"Dylan was an awesome law enforcement officer. He didn't see black and white in the community. Dylan saw right and wrong," Williams said.

"He was so pure and so giving. I don't know what we are going to do without him," Kathy Harrison said.

David Harrison said, "He had a passion inside of him. He was put here to help people. I truly believe that."

Harrison's parents say he was also a certified electrician, but he chose to stay on the force to serve and protect his community.

Prior to joining law enforcement, Officer Harrison was a firefighter in Savannah.

Alamo's police department plans to present a plaque and a flag to his wife. They also plan to retire his call sign and badge number.

Visitation for Harrison will be held at the Stanley Funeral Home in Dublin from 4-8 p.m. Thursday. The funeral is scheduled for 11 a.m. Friday at the DuBose Porter Conference Center at Oconee Fall Line Technical College.