Dulce competed Saturday and won the award, which her owner says is "very impressive." 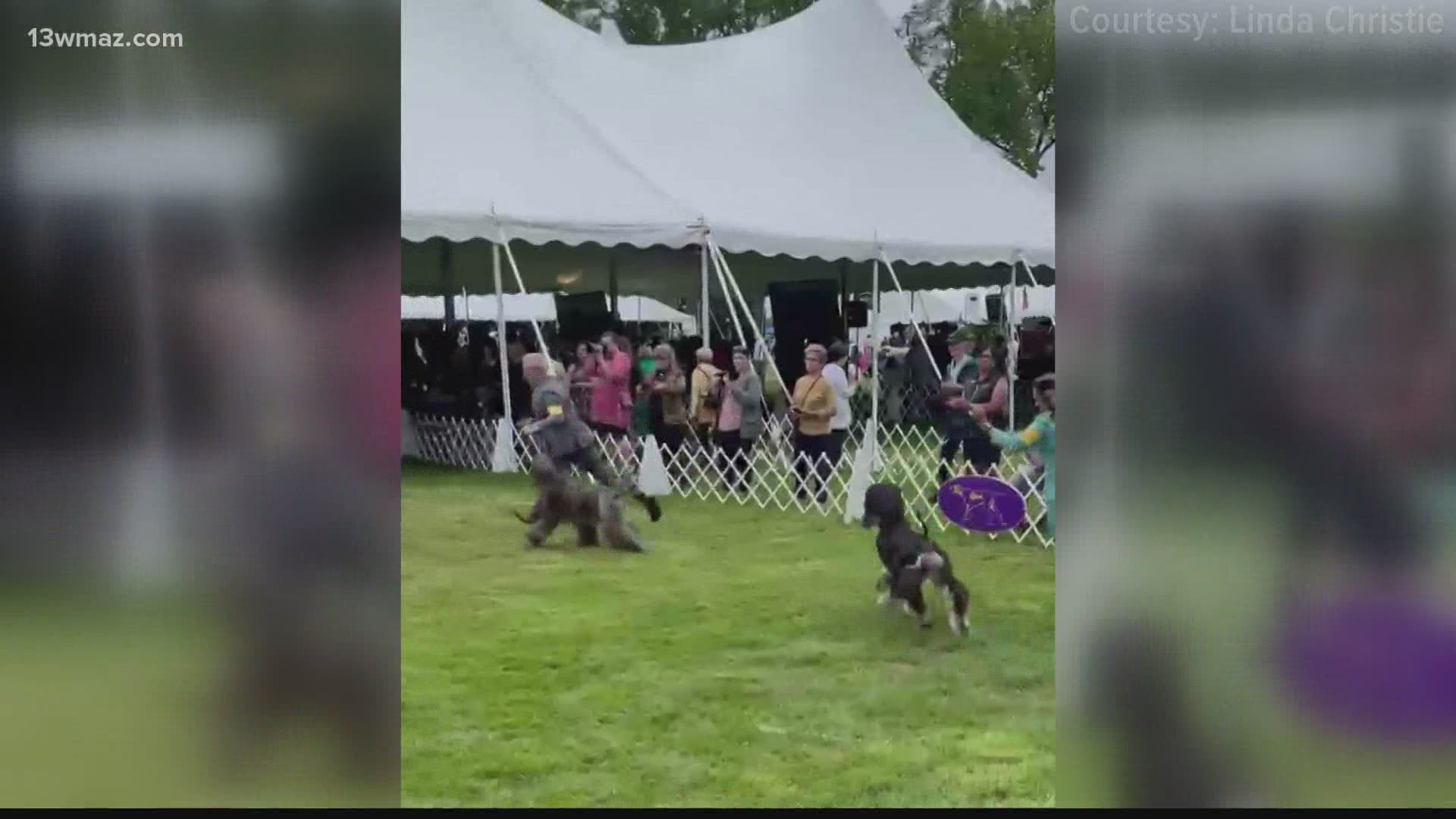 PERRY, Ga. — One prized pup in Central Georgia was shown off in one of the biggest dog shows on Saturday -- and she even won a ribbon!

Thousands of dogs from all 50 states and 10 countries hit the green carpet for the 145th Westminster Kennel Club Dog Show.

4-year-old Dulce, or Champion Exquisite Fascinator of Elation, which is her real name, made her Westminster debut June 12.

Right now she has the most show points out of any female in the country, and that makes her literally a top dog.

"This is the letter we received from Westminster, and I knew when I saw it in the mail, I knew what it was for," Owner Linda Christie said, holding up a gold piece of paper.

It was for Dulce to compete with a very elite group of canines.

So, Dulce competed Saturday alongside her handler, and won an Award of Merit "meaning the judge gave her the award because she was an outstanding entry."

Christie is proud of the job Dulce did, and says the award is a "very impressive deal."

13WMAZ would like to say congratulations to Dulce the dog!