The campaign is entering its final days. Election Day is on Tuesday, Nov. 30. 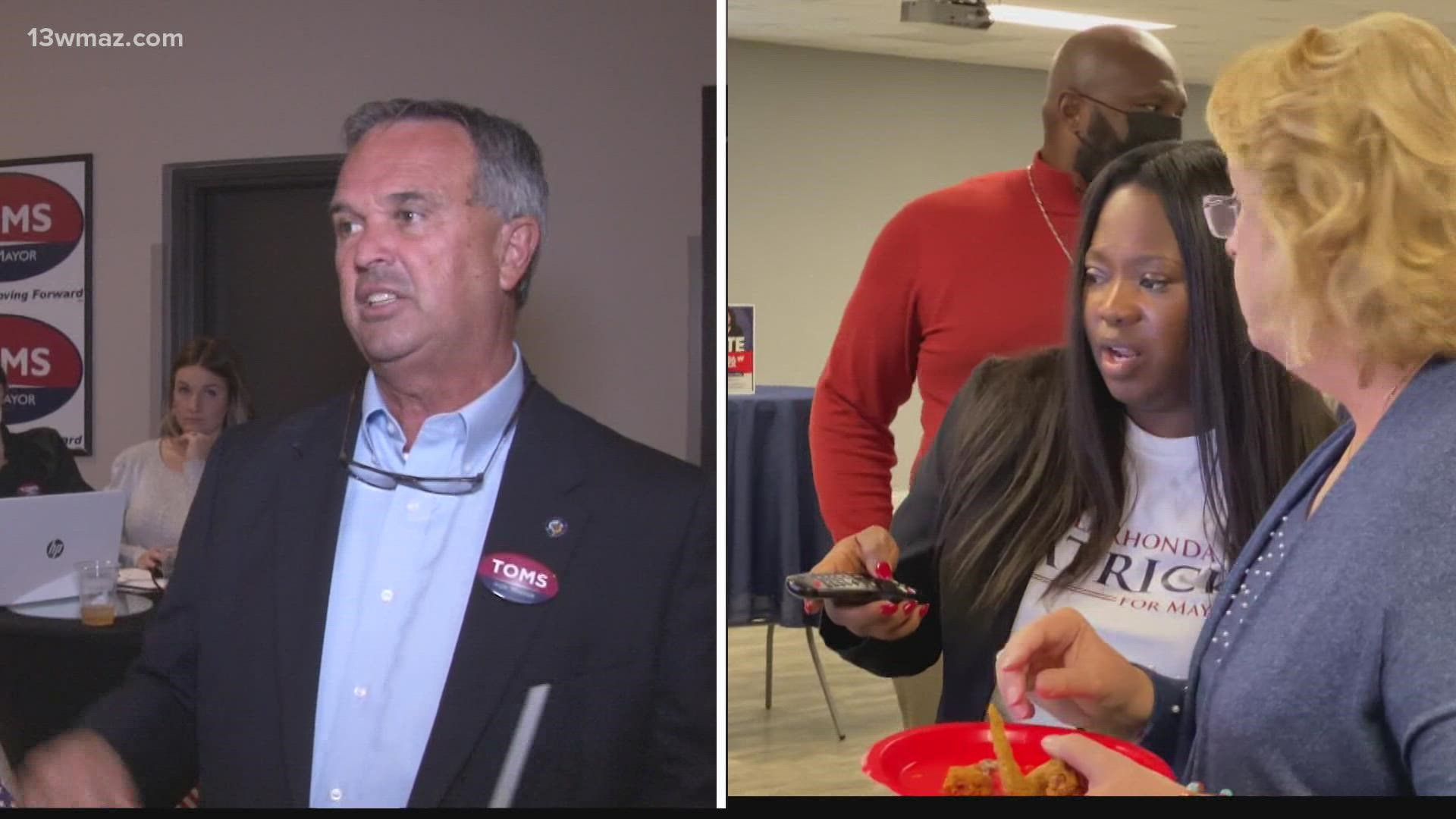 WARNER ROBINS, Ga. — Voters in Warner Robins will have just three days of early voting in the runoff election for mayor.

The two locations for early voting are: Houston County Board of Election at 2030 Kings Chapel Rd. in Perry and the Houston Health Pavilion Conference Center at 233 N. Houston Rd. in Warner Robins.

Incumbent Mayor Randy Toms is facing a challenge from LaRhonda Patrick, and a runoff was needed after the election earlier this month because no candidate secured a majority of the vote. Only 93 votes separated Toms and Patrick.

13WMAZ spoke to both candidates about the runoff on Nov. 3. Here’s what they said about their vision for the city.

PATRICK: "Community development, economic development on the north side of town, in our city center, and in other parts. Making sure we look as we are described as the largest city in middle Georgia.”

TOMS: "I see a new environment that will attract not just the people that live here that maybe have been here a long time like myself and some older, but also some of the younger people that are looking for a more attractive environment for the city of Warner Robins.”

Both candidates say their vision sets them apart from their opponent.

PATRICK: "The biggest difference would be that I'm a public servant and my interest is making sure we get back to the basics and improving our community for everyone in our community. No matter where they live, their ethnicity, religious background, or political affiliation.”

RELATED: Toms, Patrick share their visions for City of Warner Robins as race for mayor continues