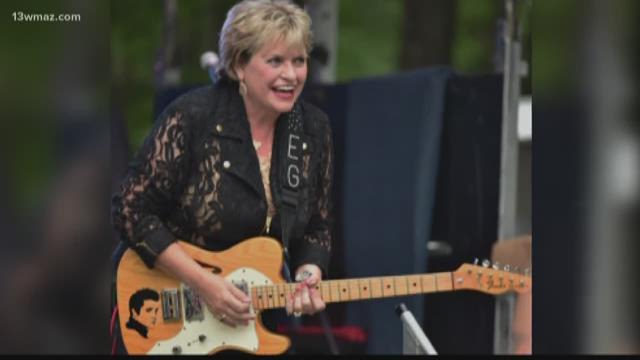 He said Kight was taken to an area hospital after being bitten on the arms and legs.

Last week on Facebook, Kight posted about the attack:

"It's true what some of you have heard. I was attacked by three pit bulls on Thursday, while I was out walking near my house. I'm pretty tore up, and am doing everything the doctors are telling me to do."

"Your prayers, love, and concern are helping me on my road to recovery."

Kight wrote that she's even had offers from people willing to drive from other states to tend to her goats.

She told 13WMAZ's Gabby Dawkins that she’s walked the same road for 40 years and never had a problem until that day.

Kight said the three dogs knocked her down, bit her eight to 10 times and pulled off a tennis shoe. Then they gnawed on the shoe while occasionally growling at her.

"I felt like they were going to jump on my face," she said. "It seemed like I was sitting there forever. I was real still and didn't say anything. I was just very quiet and still."

Eventually a neighbor, Edwin Bland, came by and got her into his car, Kight says.

She says wants to warn people to keep their dogs confirmed and inoculated.

She also wants to thank people for their support.

"The love that has been shown to me in the last few days is amazing and heartfelt. it has brought tears to me eyes."

Bryant could not confirm that the attack involved pit bulls, but said the dogs were part of the "bulldog family."

Bryant says the three dogs are being quarantined for possible rabies -- two at the animal control, and a third at the owners' home.

Kight -- born Eugenia Gail Knight -- is an East Dublin native who still lives on a goat farm there.

According to her website, she's recorded eight albums and "performed in clubs and theaters across the country, from coast to coast."

In 2011, she also survived a near-fatal bout with encephalitis, according to her website.