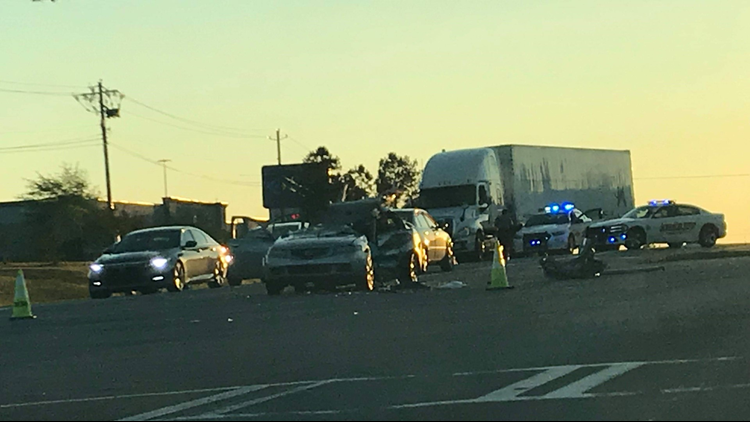 Bibb deputies are investigating a wreck that injured two just before 5 p.m. Wednesday on Eisenhower Parkway at Log Cabin Drive.

Stribling’s car was pushed into a blue Kia Optima driven by 34-year-old Jada Wilborn, who was turning left onto Eisenhower Parkway from Log Cabin Drive to go west.

Canipe and Stribling were taken to the Medical Center, Navicent Health for treatment. Both are listed in stable condition. Charges are pending. No one else was injured.

The accident is still under investigation.