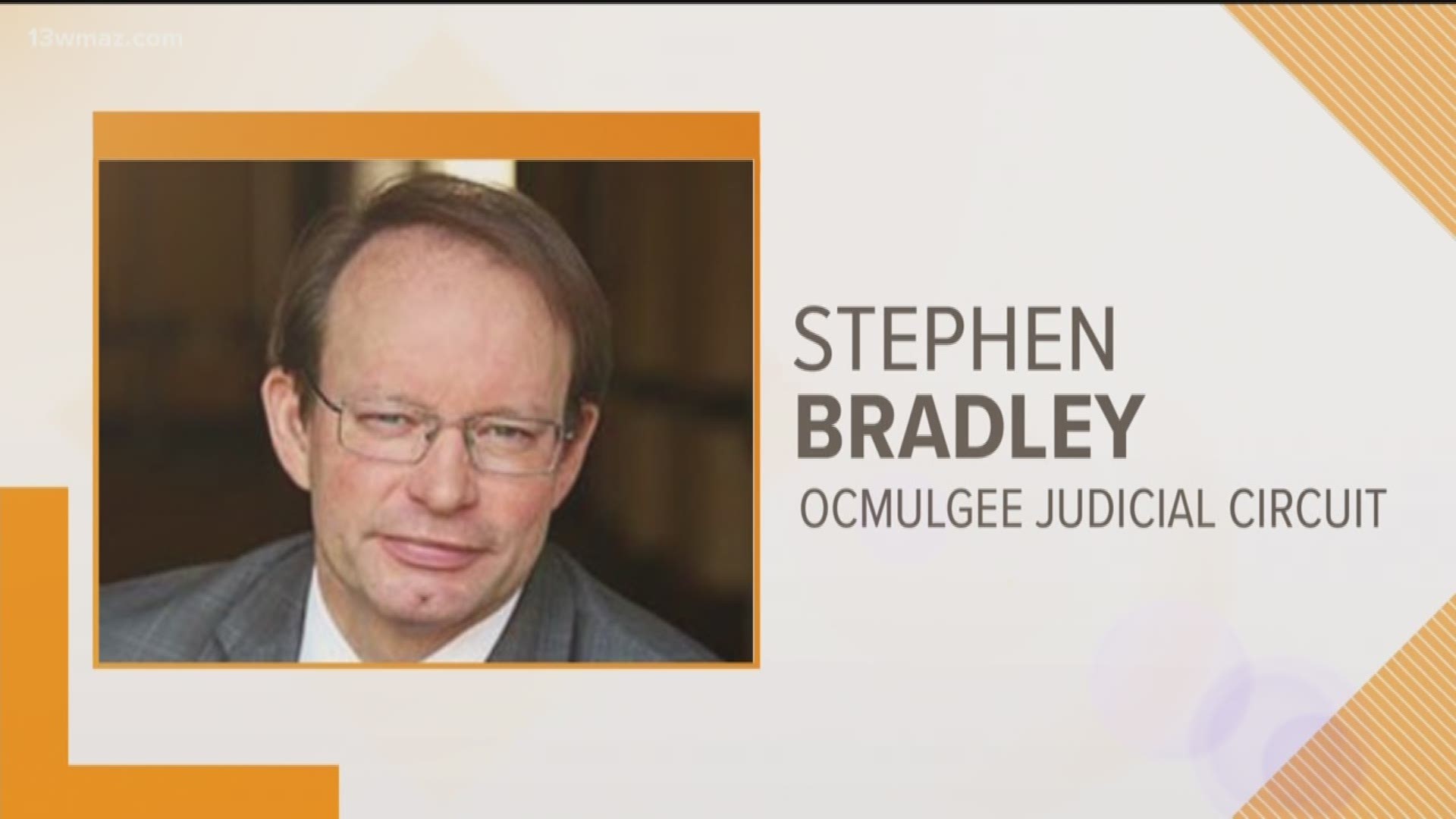 He points to his 25 years in the DA's office, including serving as district attorney since 2015.

Bradley took over the office in 2015 after the District Attorney at that time, Fred Bright, stepped down because of health issues.

Right now, the office has several high-profile cases, including the death penalty case against Ricky Dubose and Donnie Rowe -- the two men accused of executing two corrections officers during an escape attempt from a prison bus.

He's also got a large case pending against the former Jones County Coroner Jerry Bridges. Bridges is accused of selling prepaid funerals and services, and then spending the money rather than applying it toward those services.

Right now, there is also a murder case after the death of a University of Georgia professor at a home just outside Milledgeville.

With eight counties, the Ocmulgee Circuit covers more courthouses than any other judicial circuit in the state. The election is May 19.