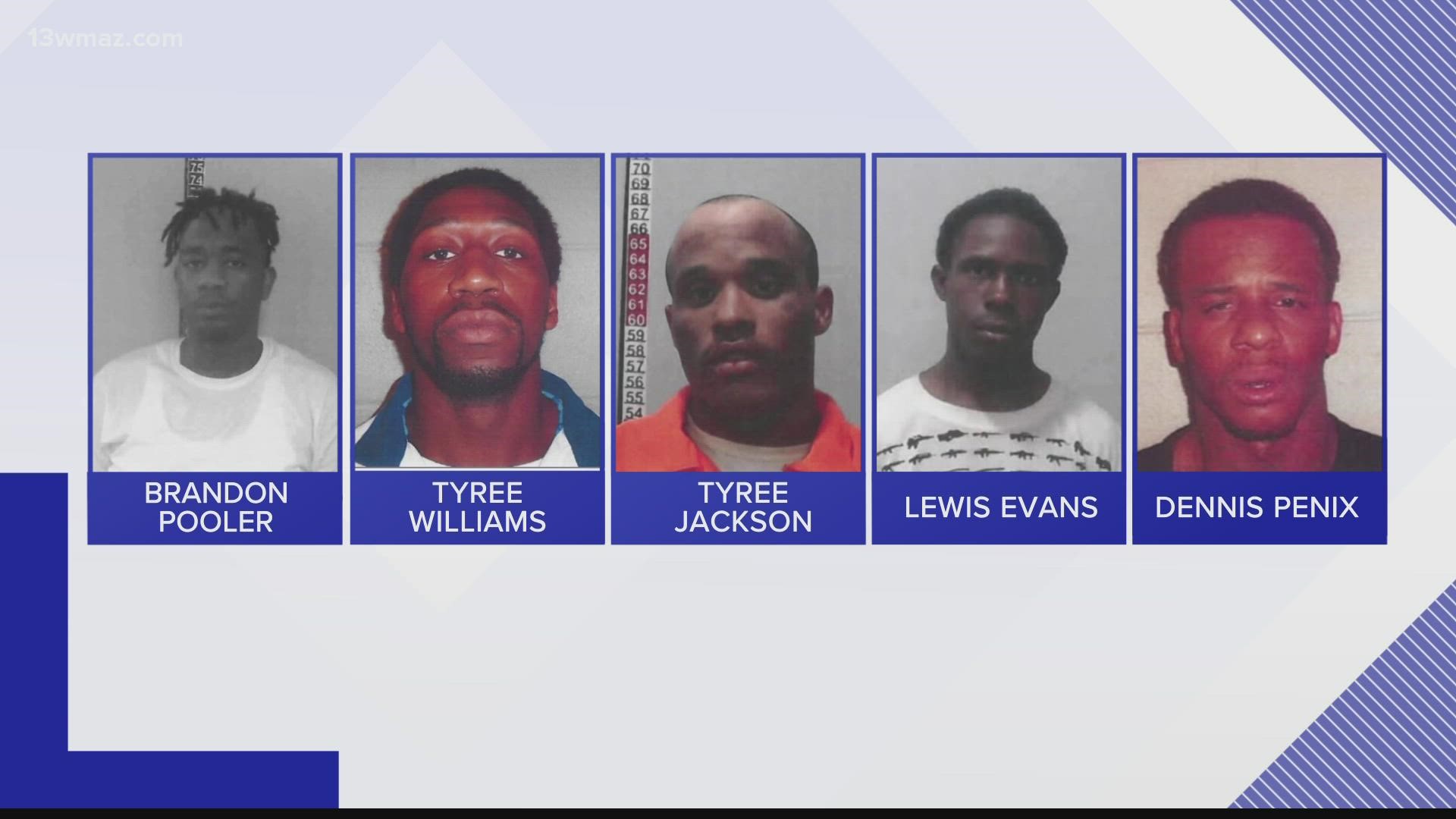 WARNER ROBINS, Ga. — Update: One of the five inmates who escaped from Pulaski County late Friday night has been arrested in Warner Robins.

The Georgia Bureau of Investigation initially reported Tyree Williams is in custody, however, they issued a correction that Tyree Jackson is actually the inmate in custody.

The search for the remaining four inmates is ongoing and the U.S. Marshals Service is offering a reward of up to $5,000 for information leading to the direct arrest of the remaining escapees.

Sheriff Danny Brannen says that inmates are supposed to be locked down around 11 p.m., and on Friday, only two jailers were working.

He says a jailer was in a cell talking to an inmate when another inmate attacked one of the jailers.

The sheriff says the inmates told the jailer they were going to kill her, took her personal car keys, and attacked the other jailer. He did not say which inmates were involved in the attack, but said they took a taser into the control room. The jailers were not injured in the attack.

According to Captain Larry Jackson, the inmates were traveling in a stolen white, 2015 Kia Sedona -- the personal car of one of the jailers. The plate number is CMP-8628.

WHO ARE THE INMATES

Tyree Williams charged with felony murder and home invasion for allegedly shooting a man in July 2020.

Dennis Penix is accused of killing two men in 2017 in a drug deal gone bad.

The other three are Brandon Pooler, accused of child cruelty; Tyree Jackson, who's charged in car-break-ins (captured); and Lewis Evans, accused of obstructing an officer.