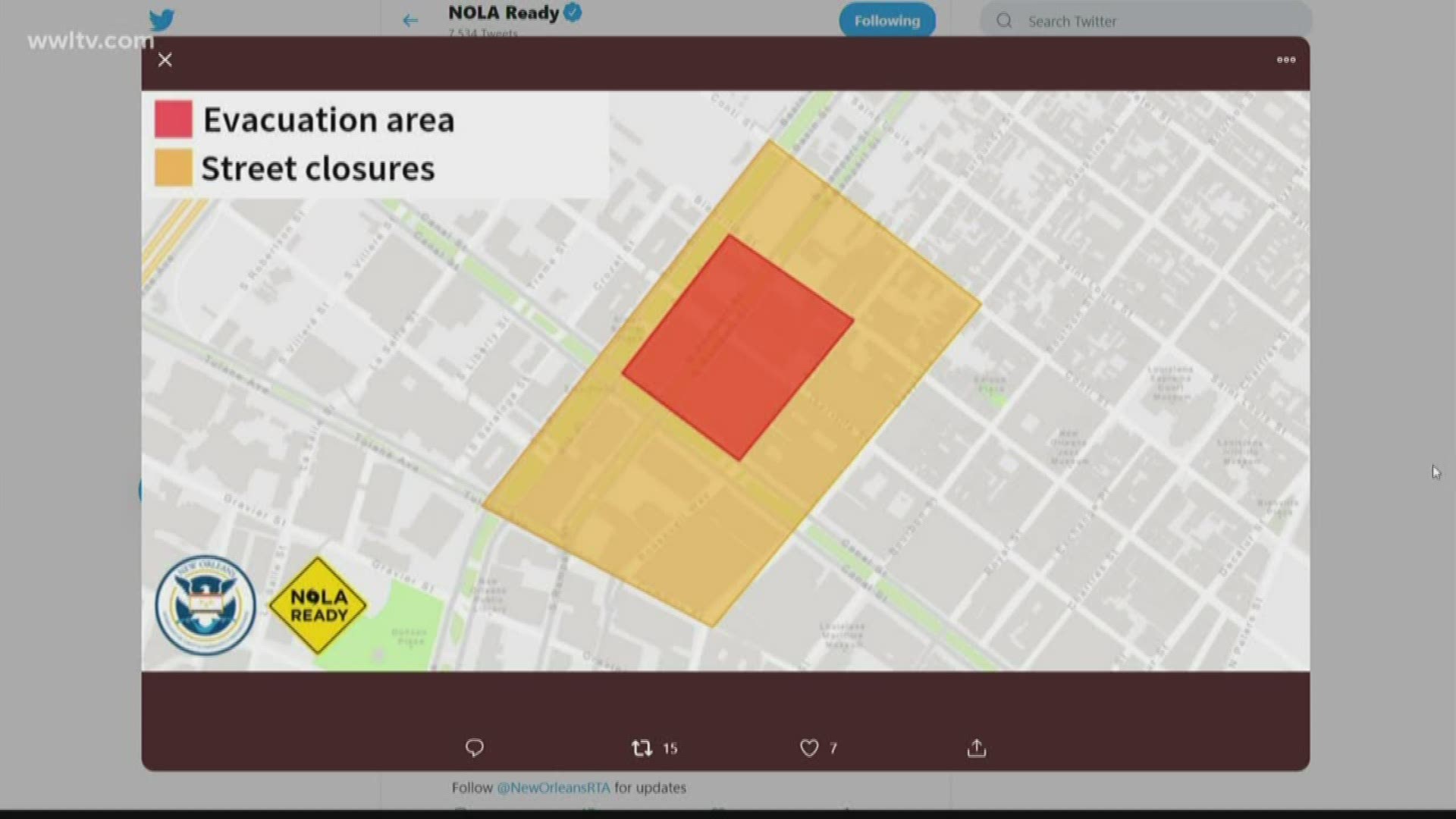 The evacuation area is within the square of Bienville Street, Basin Street, Canal Street and Burgundy Street.

"The @NOLAFireDept is evacuating buildings in the red zone bounded by the Uptown side of Bienville, River side of Basin, Downtown Side of Canal and Lake side of Burgundy. If you are in this area, evacuate now and listen to public safety officials! Orange area closed to traffic."

The partial collapse happened around 10 a.m. Saturday morning and resulted in 18 reported injuries and two deaths. Officials were on the scene and said more damage from further collapsing could happen, prompting the evacuation.

The other streets that are closed are:

Streetcar and public transportation closures include:

The Saegner Theatre, which is next to the Hard Rock, also cancelled its "Wicked" performances for Saturday and Sunday.

Stay with WWLTV.com and WWL-TV for the latest on this breaking story