'Everybody is welcomed': Monroe County to celebrate 200 years with bicentennial bash

The bash will take place on September 25 and 26. 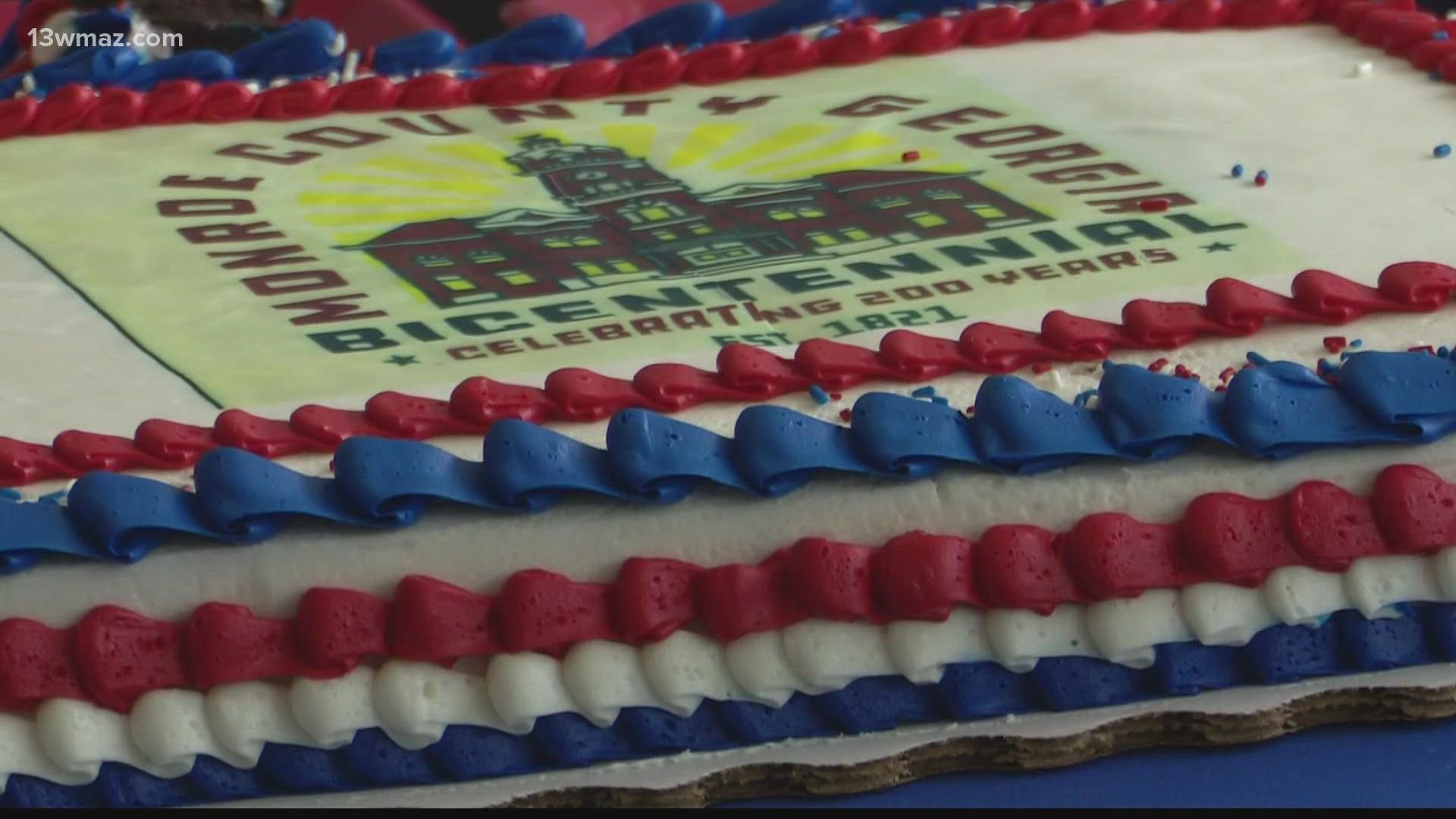 MONROE COUNTY, Ga. — In just two weeks, Monroe County celebrates its bicentennial. It's a celebration 200 years in the making!

That means food, dancing, music and vendors, at the county's bicentennial bash!

They've been planning for years, and organizers say they've had to make some changes because of the pandemic -- but the show will still go on!

"I have lived here all of my life, except for about 3 years, when my husband and I moved to Florida," Clarise Durden said.

"My secret is that I was born in Macon, but I don't tell anybody. I was here ever since I was a few weeks old," Nolen Howard said.

Durden and Howard share a love for Monroe County, and they say, the history and the people is what kept them there.

"The county was formed in 1821. The county was cut up into land lots. Did you know that Monroe County, at one time, went all the way from the Ocmulgee river to the Flint river?" Howard said.

"Growing up here, I've made life long friends. Going to school at Mary Persons. Just all of the friendships, and the people I've met, all of that, I just love," Durden said.

And for these reasons, they believe the county needs a celebration.

Durden and Howard both joined the bicentennial committee over a year ago, so they could make this possible.

"I am very glad that we are still going to have this. Earlier we planned to have this in May, but we had to postpone it," Durden said.

After a lot of thought, they didn't cancel it. Instead, they've implemented safety precautions, so that everyone attending is safe.

"We are going to encourage people to wear masks, and to use the various hand sanitizing stations that we will have around the square," Durden said.

They'll also encourage social distancing, and all events will now be outside.

Durden says she hopes that people come out to celebrate Monroe County, and learn about its history.

"I'm so excited, I'm looking forward to it." Durden said.

"It's a great place to live, and we want to keep it that way. Everybody is welcomed!" Howard said.

At the bicentennial bash, there will be lots of music performances from local artists, vendors, food and much more.

Here's how Macon is celebrating the 80th birthday of Otis Redding