General Manager Holly Wood at AmStar 16 on Zebulon Road says they can operate at 75% capacity, compared to only 50%, and masks are no longer required. 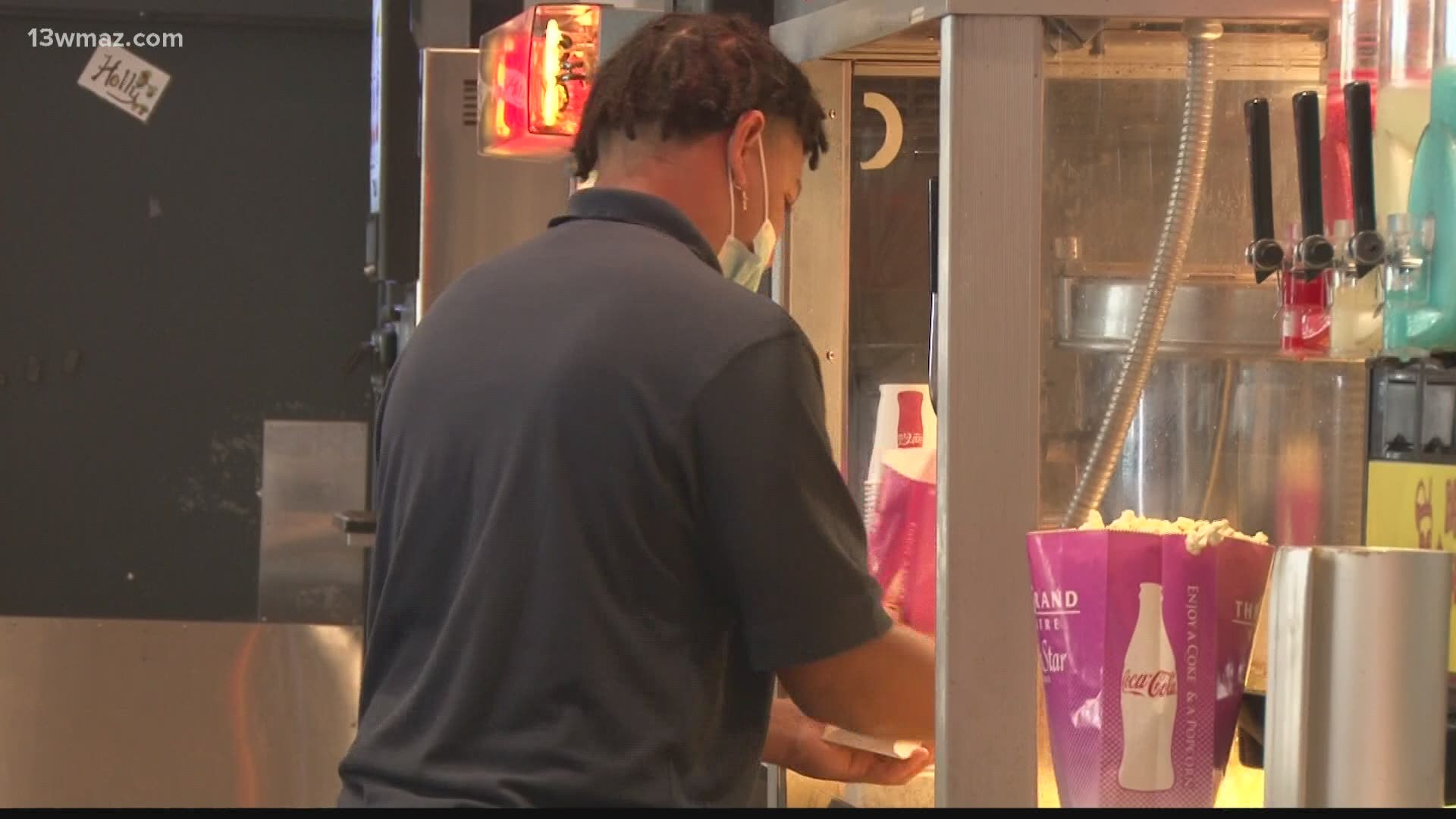 MACON, Ga. — Many places are returning to some kind of normal after the year of shut downs and move arounds. Now, Central Georgia movie theaters are trying to get back to normal.

According to a nationwide Fandango survey of more than 4,000 moviegoers, nearly 90% ranked going to the movies as number one in their summer plans. More than 50% said they'll see five or more films this summer.

General Manager Holly Wood at AmStar 16 on Zebulon Road says for some -- it's been quite a while.

“Yes, this is our first time coming back since the pandemic, and we decided to come back cause, one, we wanted to see this particular movie and two, we feel like it's pretty safe,” said Tony.

Tony and Ruthie Martin bought tickets for Fast and Furious -- just one of the big hits at the theater.

Especially now that the summer blockbusters are being released.

Wood says they recently lifted the mask mandate for all customers. For fully-vaccinated staff, masks are not required. The theater has also returned to normal days and hours -- seven days a week.

“We lowered the seat restrictions, so there's now one seat gap between each of the strangers sitting next to each other on the row,” said Wood.

They have all rows open, rather than skipping every other. Wood says staff must wash their hands every 15 minutes, and they deep clean the building every night.

“We plan to come back next week. Yeah, next week to see another one. So yeah, we're excited. I'm looking forward to being back out and enjoying this time together,” said Tony.

“A lot of my regulars have returned that I haven't seen in almost a year. And they're excited to be here,” she said.

Wood says since they've raised the capacity, the numbers are almost back to normal on the weekends.

We also reached out to Houston Lake Cinemas and the Galleria Mall Cinemas. Houston Lake is open seven days a week. Galleria is open every day except Mondays and Wednesdays. Neither theater requires masks now.