The state started sending out official absentee ballots Tuesday, but applications have been filling up mailboxes for weeks. 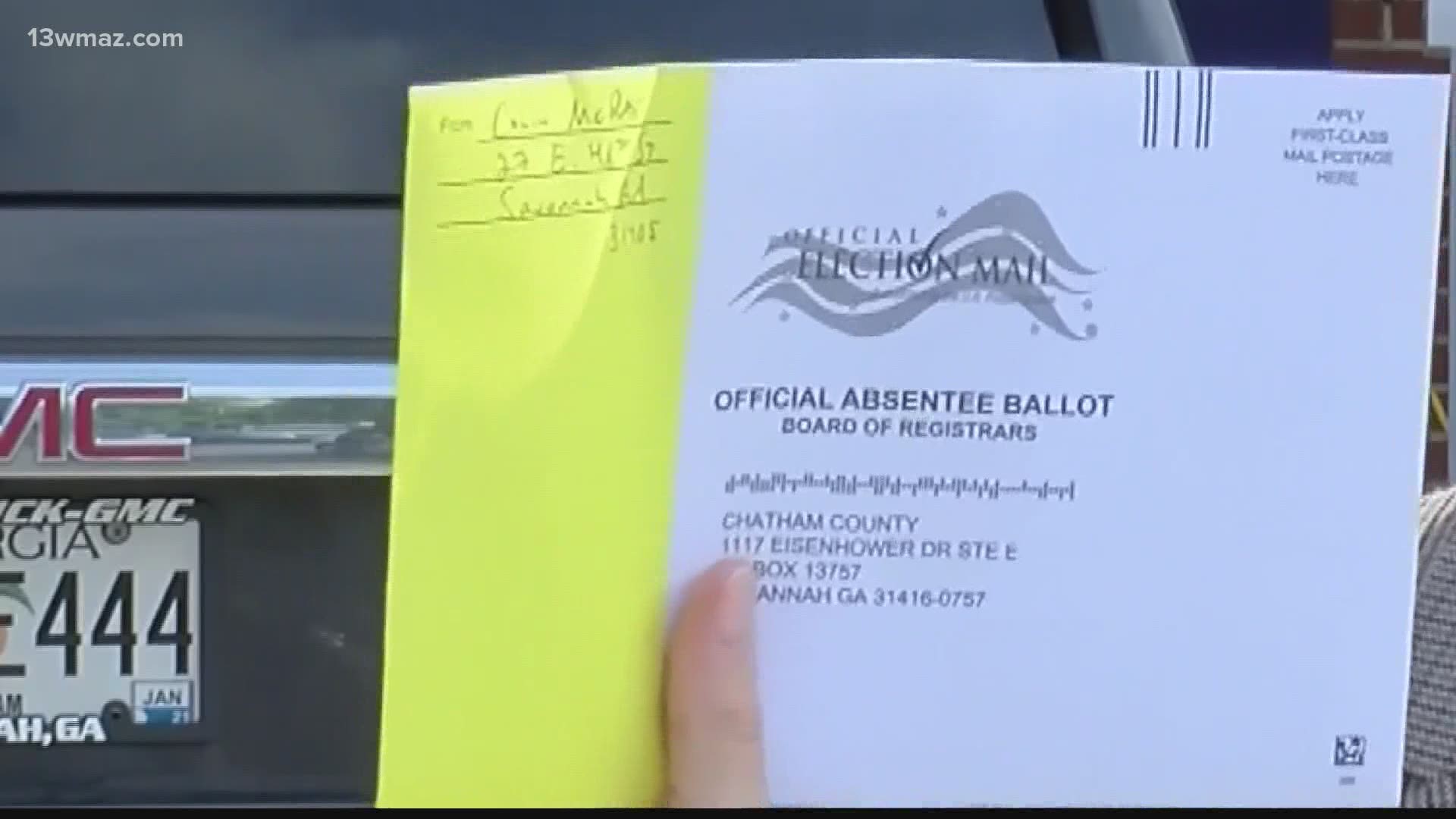 MACON, Ga. — Over the last few weeks, you may have seen flyers in your mailbox.

You may initially think it's an absentee ballot, but the Board of Elections says it is not.

"Before the actual official ballot can go in the mail, they have to complete an application and I think that's been the learning experience, especially due to COVID," says Macon-Bibb Elections Supervisor Jeanetta Watson.

She says people are getting absentee ballot applications left and right and they could be piling up in your mailbox.

"The candidates, groups, campaigns, committees, everybody is mailing out absentee applications," says Watson.

But she says there's no need to keep them all. "If a voter has completed one application and they start to receive several more in the mail, they do not have to fill out an application every time they get one."

She says if you don't get an absentee ballot application mailed, you can request one, but only until October 30. Watson suggests doing it way before that deadline.

"By waiting that long, they're running the risk of postal issues possibly. If you're just asking for an application then the Friday before the election," she says.

And once it's filled out, you can drop it in the drop box outside the board of elections or mail it back by Election Night.

Watson says if you plan to mail your ballot in, you need to make sure there's a postage stamp.

Watson says another way to request a ballot is by filling out the application on the Secretary of State's online portal.