The Stephens family has battled childhood cancer twice and now they're giving back to the organization that helped them through those tough times. 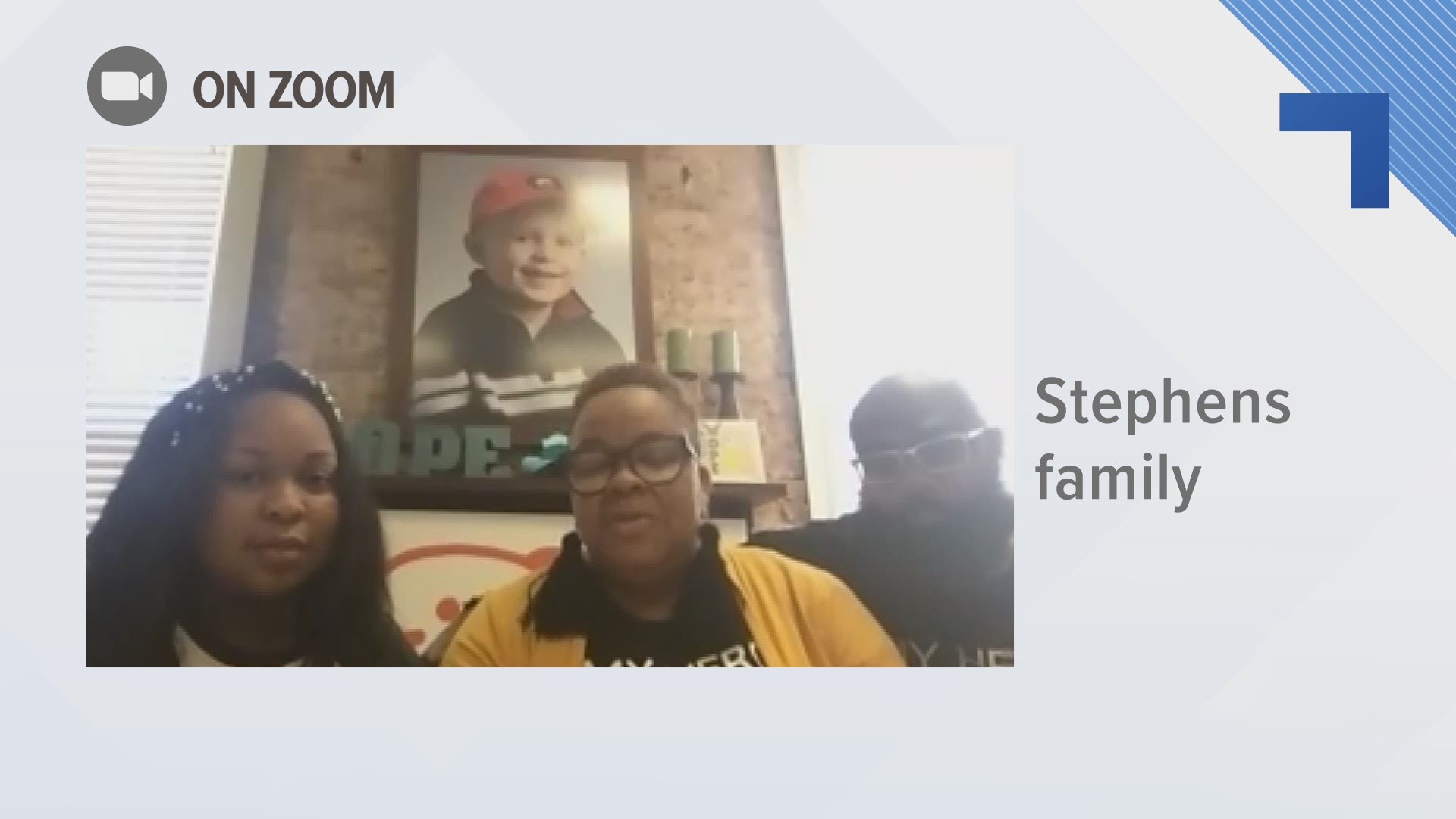 With a donation to Jay's HOPE, the family aims to make someone else's battle with cancer easier.

Carla Stephens' world was shaken that year when her 3-year-old daughter Jamiya was diagnosed with brain cancer. She passed away eight months later.

Jay's HOPE in Macon was there for the family throughout that time.

"I remember it like it was yesterday. Jamiya and I were sitting on the bed at the Ronald McDonald house in Atlanta, and my phone rang," Stephens said.

On the other end of the line was Cindy Gaskins. She co-founded Jay's HOPE back in 2006 after her son passed away from brain cancer.

"Jay's HOPE has been there for us in every way imaginable," Stephens said. "When I'm going through and feeling down, I can text her, call Cindy and she's right there... it helps because she understands having lost a child herself."

Then, in 2010, the Stephens family got bad news once again.

"My middle daughter, Carleesia, was diagnosed with cancer," Stephens said.

For Carleesia, the story has a different ending.

"She went through treatments, and she's now 19, almost 20. A sophomore in college and doing well," said Stephens.

Every September, her family raises money during Childhood Cancer Awareness Month. Due to the COVID-19 pandemic, this year looked a bit different.

"I went through Facebook, I solicited donations from co-workers, through friends, through text messages, to try to raise funds," Stephens said.

"The money raised by the Stephens family will go directly to support families here in Middle Georgia who have a child battling cancer," Gaskins said.

Jay's HOPE works closely with the Beverly Knight Olson Children's Hospital, Navicent Health as well as others to find families who may be battling childhood cancer and need a support system.

Stephens wants to remind everyone that this is a daily fight that doesn't get enough attention.

"It's an every day struggle, but we learn to live with it. The pain is still there," Stephens said. "I just want everyone to know, to continue to keep these kids and their families in their prayers. Just because childhood cancer month is over, childhood cancer is not over. To be aware, to show support, we are too quiet about childhood cancer."