Cell service companies and meteorologists are at odds over 5G transmission and potential impacts on reliable weather forecasts. 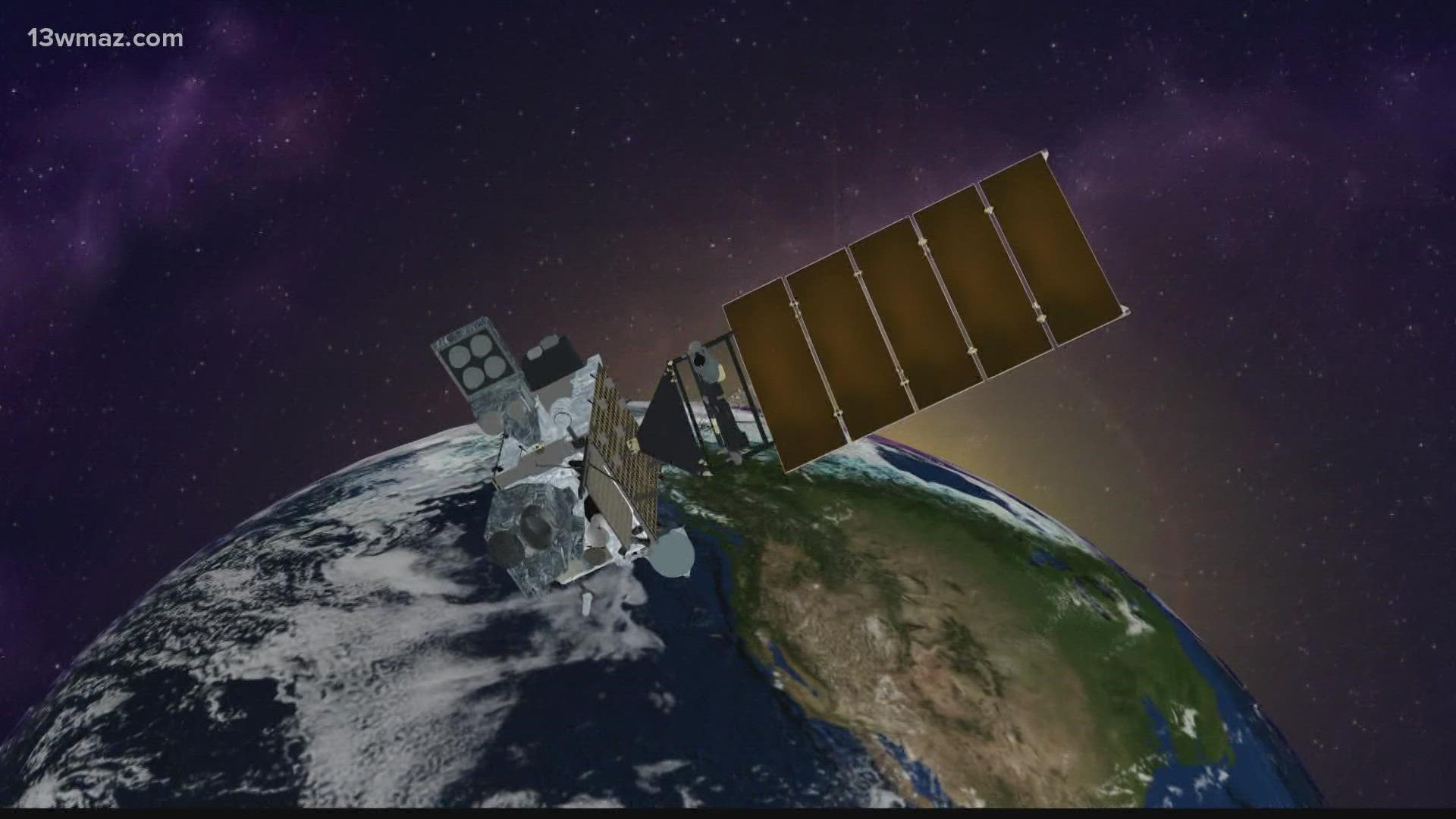 MACON, Ga. — 5G is the fifth-generation technology cellular network companies are beginning to implement to transmit information to your cell phone. It's significantly faster than the 4G we've used for years, making 5G the cutting edge of communications in the world today.

But, have you ever considered at whose cost, and at what cost?

Satellites are a key resource in producing weather forecasts. Meteorologists use them to measure how much water vapor is in the air, estimate how high cloud tops are, and to see threatening storms where doppler radar is not available, like hurricanes over the open ocean.

Every forecast you see on 13WMAZ uses satellite data in some form or fashion when being produced. We were there when the first of the current generation of satellites was launched in 2016. Atmospheric data collected by that exact satellite, and others, is detected by using radio frequencies.

Like your car radio, there are several frequencies, or "channels" transmitting the data. Our GOES satellites, which stands for Geostationary Operational Environmental Satellites, transmit their water vapor signal in the 23.8 GHz band. Think of it as channel 23.8.

Now, our water vapor channel has a new neighbor, 5G, in the 24 GHz band.

The FCC auctioned the 24 GHz band for 5G wireless transmission back in 2019. Since then, communications companies have been implementing their networks on that radio frequency.

Water vapor emits a very weak signal that satellites detect, and now meteorologists are concerned about interference with 5G transmission.

“The real risk here is that those louder 5G networks are going to overpower the relatively weak signal of those water vapor molecules," said Dr. Jordan Gerth, a research meteorologist at the University of Wisconsin. “As the satellite goes overhead, what the satellite is likely to see is the signal that is being emitted from those towers. It's going to be a strong signal and much stronger than the relatively weak signal that we get from the atmosphere. If the 5G signals overpower the water vapor molecules, all we're going to see back at the satellite are those wireless signals, or the fake, non-weather related signals.”

Lawmakers in Congress are beginning to address the issue with the U.S. House, holding a committee hearing where meteorologists voiced their concerns. Some lawmakers went as far as writing a letter to the FCC asking for them to intervene.

No official action has been taken yet.

Meteorologists want to be smart about how 5G is implemented. After all, the satellites are already in orbit and they're not the easiest to reach and fix.