Fatal car accidents on the rise in Georgia

More than 1,500 people lost their lives to car accidents on Georgia highways. According to the Georgia Department of Transportation, in the past two years, the number of fatalities on Georgia roads went up 33 percent. 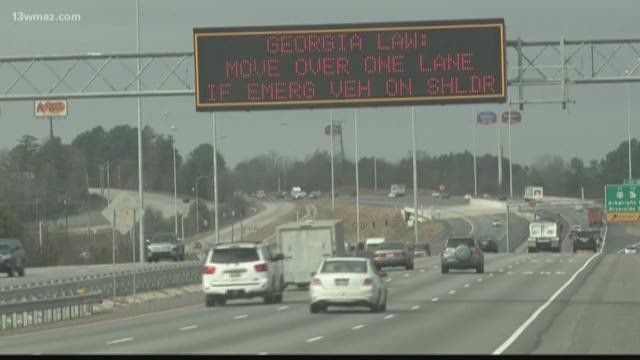 More than 1,500 people lost their lives to car accidents on Georgia highways. According to the Georgia Department of Transportation, in the past two years, the number of fatalities on Georgia roads went up 33 percent.

That's about 4 accident deaths a day.

She says she noticed others driving distracted, like talking on the phone.

She says she doesn't take any chances after her father nearly lost his arm in a motorcycle accident.

"It took so long for him to recover. It's amazing to see what a motorcycle can do for your body," says Foskey.

Kyle Collins with the Department of Transportation says Georgia is tracking far ahead of the national average for roadway fatalities.

"We hate seeing one life lost, much less over 1,500 every year, which is where we currently stand," says Collins.

The state Department of Transportation says 60 percent of those involve a single car accident, failed to maintain its lane, and in more than half of the fatalities, people aren't wearing their seat belts.

"In those over 1,500 fatalities, we're thinking distracted driving behavior is to blame," says Collins.

She has one message for those who aren't taking the dangers on the road seriously.

The department created the "Drive Alert Arrive Alive" campaign to educate the youth and drivers about the fatal consequences of distracted driving.

State Representative John Carson introduced a bill that that would create a hands-free driving law in Georgia.

Drivers would still be allowed to swipe or tap the screen to answer calls. If passed, it would increase the fine for first offenders from $150 to anywhere between $300 - $450.